#1
These pacifists have been recognized for their ability to keep the peace around these parts. Their level-headed and timely responses have been able to keep their calm even during the most vicious of forum debates and maintain an unbiased viewpoint while doing so. We thank and commend them for their calming presence! The UN doesn't have anything on these peacemongers!


Please vote for up to four of our resident diplomats!

#2
Thanks for the nod whoever you are, even though I've barely been here for the past two years.

#3
^^ yeah knock it off with the absences already

BE NICE OR BAN

Cthulhu said:
BE NICE OR BAN
Click to expand...
Most peaceful guy here. If no one votes for him, shame on you all.

I voted for him, anyway.

Same. Yop, Tres, Lex and X have all helped me calm my shit down more than once. So have a number of the others, o'course, but I'm pretty sure those four have done it the most.

The Pyro said:
Same. Yop, Tres, Lex and X have all helped me calm my shit down more than once. So have a number of the others, o'course, but I'm pretty sure those four have done it the most.
Click to expand...
BANNED FOR SAYING SHIT, THAT'S A HARSH WORD INDICATIVE OF VIOLENCE AND WE DO NOT TOLERATE THAT SHIT, WRYYYYY BANNED

#8
I don't really know who to vote for because we don't get much drama around here any more. And even when there's a hint of it, it's usually a good-faith disagreement in which people rely on facts rather than petty arguments. I think we should have asked people to post evidence of their peacekeeping abilities in the "for your consideration" thread.

#9
^ I made a similar comment last year, glad it's not just me

Not that I want the dramaz back by any means

#10
I remember reading that, now that you mention it! Perhaps it's time to retire this award when we put think about next year's awards.

#12
It's probably worth noting that better work is now done behind the scenes that tends to nip drama in the bud these days (making sure members are contacted about reports etc.) which I know from past threads is something that wasn't handled all that well back when. Something to think about. The fact that people think there's no drama means people are doing their jobs right, so I'm glad to hear you both say that.

Re: that, I'm voting for X. I know it might seem like he's not around much, but he's always there when you need him to be.

#13
^ Pfft Lex, giving the mod team ALL of the cred for peaceful TLS is certainly not right and you know it

Anyway when I suggested this award what I had in mind was users with the diplomatic skills needed at the time when the board was more segregated. If work is done behind scenes, how can it be an open forum vote when we don't see anything

Which takes us back to Flint's point

#14
I wasn't giving the mod team all the credit (so please don't put words in my mouth, because that sounds horrible), but the mod team do deserve some credit. It's hard to defend this position when - as a mod - it just sounds like I'm tooting my own horn, but I'm talking about a shift in the way things are handled behind the scenes overall rather than just having different staff.

At the same time, the culture of the board changed which is something I think everybody recognises and which obviously plays a massive part in there being less drama. But I think we'd have seen less drama even in the high-drama times if staff had responded to situations the way they do now - quicker response, making sure people are kept up to date etc.

All I mean is that if you were to take the way things were handled then and had nothing changed, I don't think people would be perceiving the place as nearly as peaceful. There are of course some members that aren't staff that by design are just better at keeping the peace because they're naturally diplomatic and people sometimes distrust staff members for whatever reason, so everyone who does this deserves recognition for the peace prize award. I just thought it worth mentioning that there are things the staff do behind the scenes to keep peace that nobody gets to see. It's part of the job and nobody is complaining about it, but it still deserves recognition

#15
Lex said:
I just thought it worth mentioning that there are things the staff do behind the scenes to keep peace that nobody gets to see. It's part of the job and nobody is complaining about it, but it still deserves recognition

Click to expand...
Absolutely, I was aware of this even before you stepped into the Batman job; Site Contributors had access to the 'shit list section'

at the time, including everything (reports, infractions, etc.) It was a known thing for people allowed to peek 'behind the curtain' that the most hard working and diplomatic mods weren't necessarily the ones given cred from the member base *cough* Tenny *cough* which was an interesting thing to see once you had access. Plus of course seeing how much work is actually put into the modding thing.

Anyway the point of the Flint was 'there has been less drama' and you pointed out how it 'might be due to modz being amazeballs' (it's not what you said no, but you made a connection) and all Flint and I are saying is that the way we saw this award (including myself who suggested it), as one to a member who's shown diplomatic skills on the open part of the board (and maybe even in channels relating to the board) - well, it might be hard picking a winner because there's been less drama - for whatever reason. And so maybe this award should be retired, or at least be put on the shelf for a while.

I think it's two-part; one there's no people shit-stirring anymore, no Holy Crusades, etc - this as opposed to the ACF days or maybe even earlier in this board's history. Second, if a situation does arise (say Carlie's thing), it doesn't blow up.

TL;DR we're not 15 anymore. Except for those that are.

That being said, there was no one sitting ready to take advantage of it when it happened (THIS BOARD IS CORRUPT!!11) as was more likely to happen in the old days, so that definitely helps 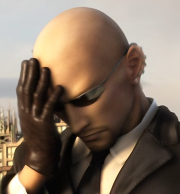 Flintlock said:
I don't really know who to vote for because we don't get much drama around here any more. And even when there's a hint of it, it's usually a good-faith disagreement in which people rely on facts rather than petty arguments. I think we should have asked people to post evidence of their peacekeeping abilities in the "for your consideration" thread.

Click to expand...
That's a joke, right? Honestly, I cannot tell. But also honestly if it's not a joke, reminding people of why they did not get along at one point is not a good idea, imo. I understand the point of what you suggest since I'm usually big on presenting evidence, but doing this could lead to reopening old wounds and all that shit.

Not to be a bitch or anything, honestly I just think it's a bad idea. (again with said assumption that you weren't joking)

Anyways, the two that came to mind was Lex and Tres, mainly because they are devoted to seeing the forum function peace-free. Yop gets an honorable mention (and a vote) for his matter-of-fact, well, facts, which is something I appreciate.

My observation about there not being much drama around here any more wasn't a joke, but that could just be my perception of things. I try to stay out of it as much as possible.

Okay, my bad, sorry. It's hard to tell what's a joke, and what isn't, on the internet. xD

As for the drama, nah, I don't think there's a lot, not imo, anyways.