#1
It's almost that time of the year... getting there!

I watched both the Norwegian and Swedish finals today. Was a bit disappointed with Rybak getting through again but hey, at least the song is enjoying for... drunk people? Also the Swedish finals was a bit too predictable, they keep sending young males standing alone on stage... but oh well.

I haven't watched a lot of the other contestants but they did show a few contestants on tonight's Norwegian final, and so far it's looking just as Eurovision-y as every other year.


The most wonderful time of the year is about to commence

Couldn't agree more, this is far better than Christmas.

Our entry is... okish, I guess? She's a mix of Sinead O'Connor and Annie Lennox imho. I've listened to the entries so far and there's quite a bit of variety, but nothing in particular is jumping out at me.

I'm hosting another party at mine in May again, my friends enjoyed me taking shots each time we got no points the whole experience last time.

Didn't we just have a Eurovision?
Seriously it feels like only months ago.

#4
I AM FUCKING OBSESSED

Also, "All aboard" - Portugal you are fucking brilliant

#6
Ireland's song is, as always, cack

I've no clue what NL is doing, and tbf I don't care after they sent the writer of the Smurf song and a weaksauce out of style thing from Anouk about birds and shit.

Accidentally posted this in the 2017 thread. Oops? Let's try again...

It might be because I really liked her during our X Factor a few years ago, but I'm really digging this <3

What the fuck happened to Cyprus? They're #1 on the betting lists all of a sudden? They're performing last tonight. Interesting.

Also is anyone (other than me

#10
Fangu said:
Also is anyone (other than me

#11
Ami and I are on Discord! https://thelifestream.net/chat/

#13
Huh, I forgot about Eurovision completely this year... I guess I'll watch it if nothing else is on.

#14
I have to say, I fucken love Eurovision week. So much meta to look into, so much history, statistics, trashtalk, celebration, watching the world actually move forward with its dark ages view... it makes me all warm and happy and shit. This show is great.


For all my love for Eurovision and as important, all my love and respect for how Eurovision over the last twenty thirty ish years have grown to become one of the most important arenas to portray growth in our society, I've never been in a position to fully say what this acknowledgement of growth actually means. I've never been gay, or queer, and I never will be. That means I'll never be a representative person for acknowledging feelings portrayed in a song that will ring true to said group.

However, I am a fan of genuinity** in songs. I'm a fan when a song, even in its most simple state, can say something, cheesy as it may sound, and it will still hit home. Or, hit home might not be the right word - in context of stuff I know, I will know that this song actually says something that is of importance.

Her being the songs in Eurovision 2018 of Finland and Israel.

I'm not saying one song is generally more good than the other. I rather think Israel's song wears your brain out the more you hear it, because it is generally a bit annoying. What I do think is that the production is better. I think the song is slightly more complex. And I do think the singer has more to offer, that being due to the fact that she's simply fucking amazing. (I wrote "amazong" first. Fitting.)

Anyway I'm not saying Finland's singer is bad, quite the contrary, I think she's great. The song is just - it has more of that in-a-box tropical house ish tone to it, not that well produced, and it feels regurgitated, because it's quite European. Which means I've heard it a million times before. Also it sounds like the start of that J-Lo song.

But what is the thing about Finland's song is (and I need to wrap this up before I get any drunker) - "I'm not your toy" probably has some kind of message to it, that message is not its key point. The song is more a mash of fun lyrics smashed together to help paint the portrait of Netta as a give no shits just here for the fun artist. It's not saying anything in itself, although Netta, being plus size, with amazing talents, delivers the message entirely by herself, song not needed (she didn't write that song and I wish she'd write a song herself tbh.) Finlands, however, is talking about having underlying elements of shame in your life, and how you're done having those shadows clouding your life. She's not afraid of the monsters anymore, she's crept up to face them "with her army" that she found, and she's not going to let those monsters dictate her life anymore.

"Monsters" is my go-to song because that message of telling monsters to eff off is a message so direct, clean and still perfectly conveyable in a dance song that it adds a layer that makes me care for it and love it in a whole different level. It feels real. More intimate. It's making a statement and telling me something, and I am on board.

So yeah. Finland. Or, as Yop put it, Winland. Fucking Winland.

#19
I don't know how to feel about China being banned over the Ireland thing.

In one way, I totally understand the ban, because it's just not on to censor something that promotes acceptance and tolerance and all that good stuff.

In an other way, I'd like them to be allowed to broadcast it on the proviso they censor nothing, in the hopes that the audience there can be exposed to all those themes of acceptance and love and support that Eurovision just represents better than most anything else on an international stage.

But then the Chinese powers that be probably wouldn't accept not being allowed to censor the content, so it's a moot point.

#20
Ireland's entry was not the only thing they censored though, they blurred people in the audience as well. It's systematic shaite from the broadcaster's end that they're not allowed to 'promote gaying' or some shit. As long as the broadcaster don't change those rules, EBU wil probably continue to ban them from airing the show.

In other news, only 6 hours to go

Why doesn't it surprise me?
Anyway, snacks and sofa ready 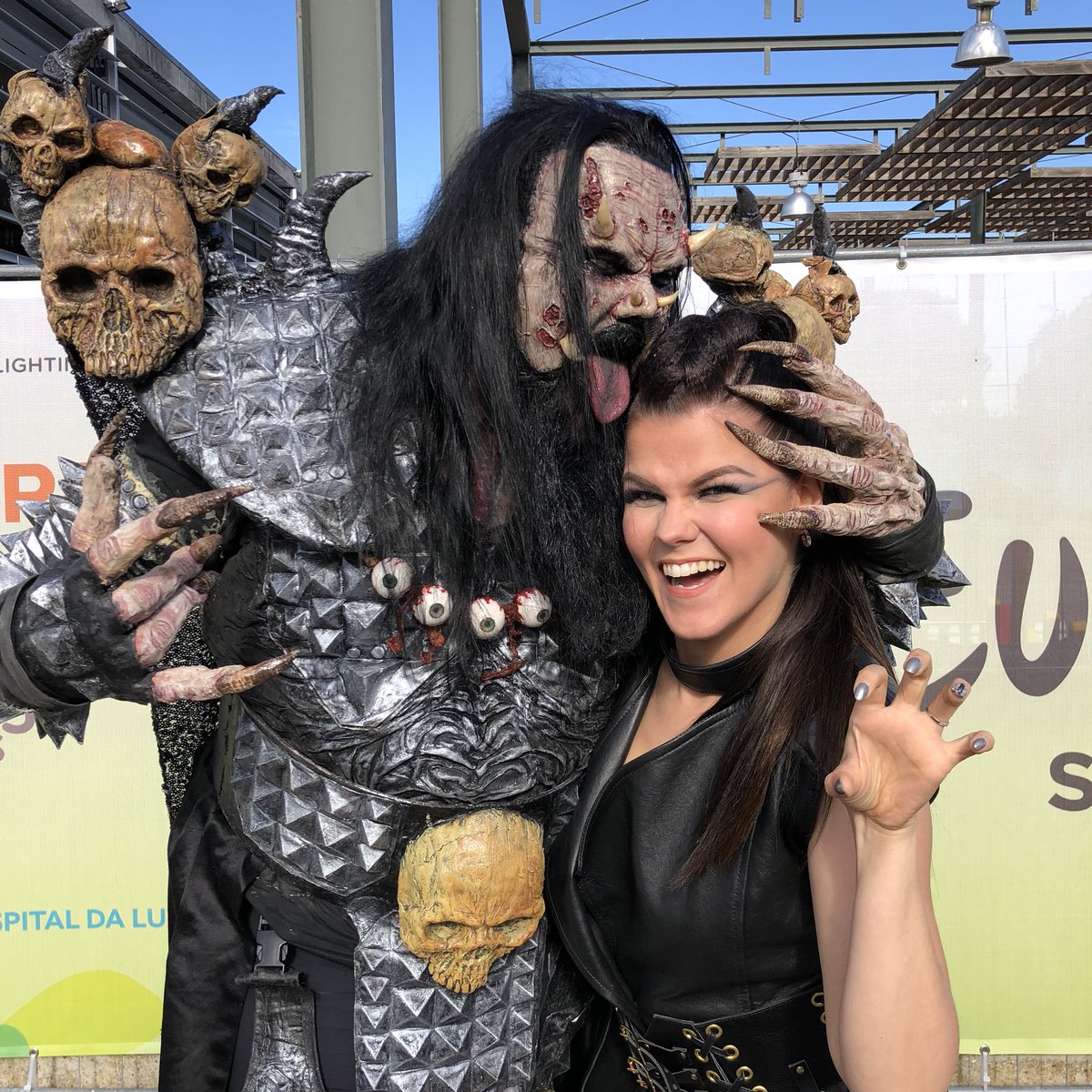 #22
Join us again on Discord! Link at https://thelifestream.net/chat/

#23
Watching Eurovision now. Just popped in to say that Serbia's entry is my favourite.

And what on earth happened during the UK song?

Annnnnd the UK got stage bombed

The reaction in the press room as someone tore on stage and ripped the microphone out of SuRie's was one of shock and disbelief.
The stage invader is thought to have said something like:
“For the Nazis of the UK media, we demand freedom."

It left the British performer without a mic for around 20 seconds, before it was replaced. She gamely carried on as the crowds in the stadium and the press room stood up to encourage and cheer her on. SuRie was visibly shaken at the end of the performance.
Click to expand...