FF7 coming to Nintendo Switch on 2019 #2
They’ll also be on the Xbox One as well I heard. 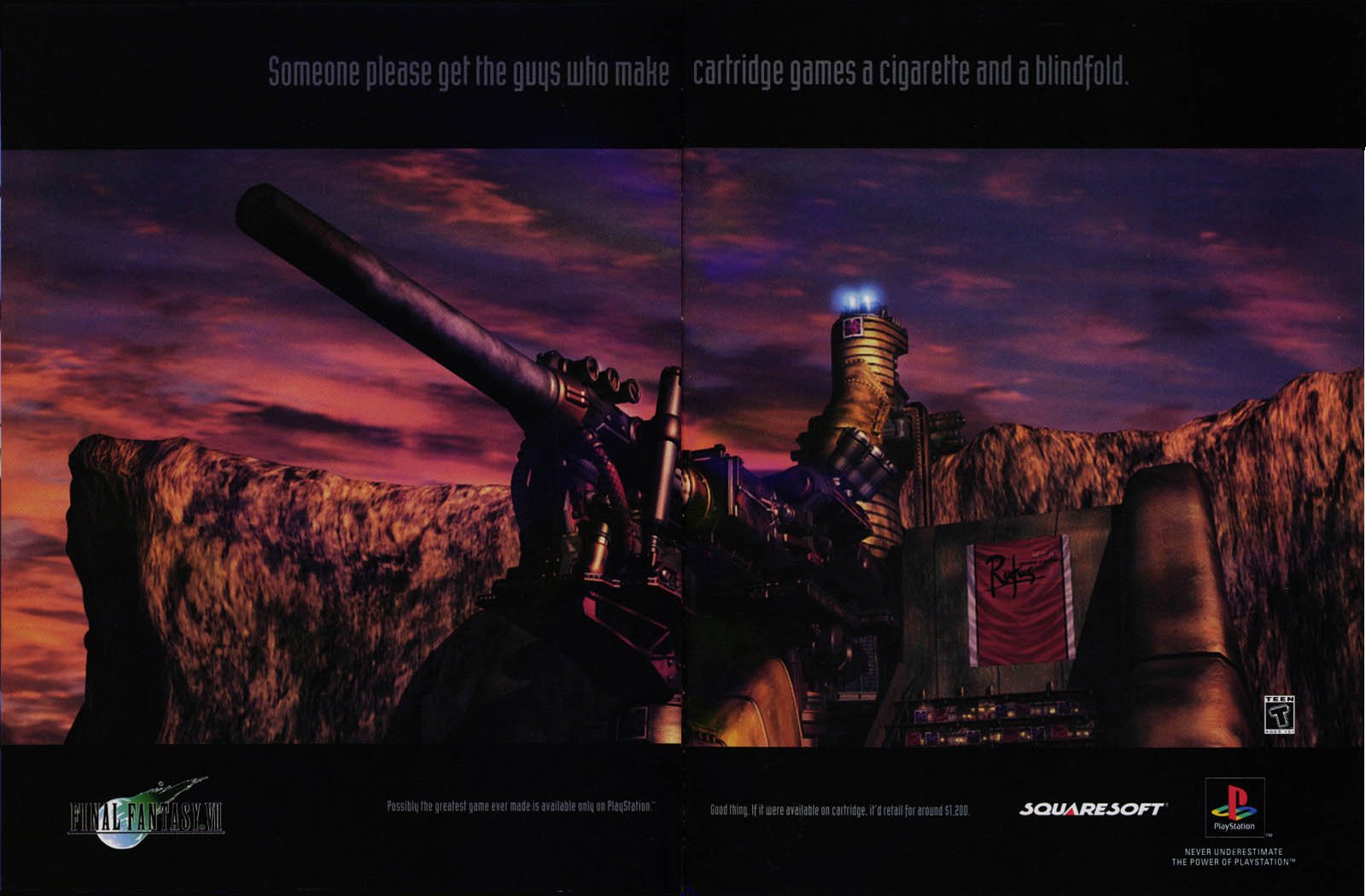 #4
Ironic, since it’s now easier to put more stuff/data in cartridges now than discs today and the former don’t have to worry about disc reading speed limitations either.

I hope FFVIII gets a touched up port soon, maybe it will get one next year since it will be the game’s 20th anniversary? Same with Chrono Cross (for any platform). Wonder if Final Fantasy Tactics: TWotL will come to the Switch eventually at this rate?