This one has been a loooong time coming, usually being put to the sidelines because of other projects. But now it's here, after working on it in WordPress since November last year.

Aside from the obvious fact that there is much yet to be compared between various versions of this game, there are also some facts and observations which I know of but have not yet been entered into the guide. This is mostly because I am yet to install PC98 on this current computer (meaning I can't check things and gather screenshots on my own) but also because the guide would not see the light of day for another month if I kept adding more stuff and continuing research, which in turn would compromise my sanity.

The guide is now also linked to on our FFVII Index Page, alongside other features that might be worth checking out, whether it be for the first time or not.

Initially the PC2012 version used MIDI music, like its PC98 counterpart
Click to expand...
They used OGGs created from the MIDIs. This is a significant distinction because the file formats are completely different. And later...

PC2012 initially used MIDI tracks, but then updated to MP3 in late September 2013.
Click to expand...
They're still OGGs.

Unless the answer to this problem is that OGG is a container format (though it usually is used to contain Vorbis). And this is something I am not an expert on. But I saved the original OGGs used in 2012 before they were updated. If I drag them into audacity what I get is /not/ MIDI. File size is also a big give away, the original 2012 OGGs were smaller in file size, but MIDIs are miniscule.

The full extent of changes in encounter rate between JORG and post-JORG are yet to be researched.
Click to expand...
I would have said that all the field side of encounter rate (but not WM) has been detailed here, but it looks like just another thing I never completed. It's not that hard, just a bit time consuming, so I might get back to it. :p

While the field scripts of each version have been compared to a huge extent, so far the text for menus, battles and the world map are yet to be extracted and compared across versions.
Click to expand...
The kernel files, readable by the WallMarket program, contains all (almost all?) of the text used in battle and menu. If kernel works the same as battle then it can be extracted from PS1, but if WallMarket works like ProudClod, we can't use it to see Japanese. But it should be as easy as writing a program that can do it.

The World Map text is /sort-of/ viewable with Notepad (because the VII char map's small letters share their bytes with ANSI's capitals). Again, I could probably write a program. In PC its in the world map LGP, a file called "mes". In PS1 I don't imagine it would be hard to find.

The boring, completely black 512×512 pixel map was replaced with the neat 320×240 background post-JORG
Click to expand...
You didn't make comment about the exception to the PC versions. 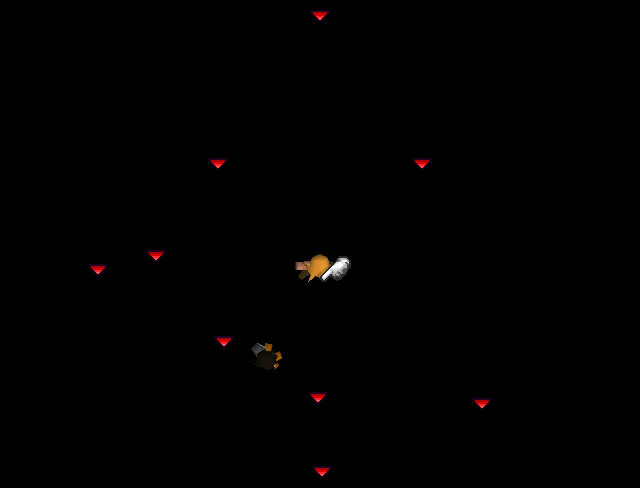 For whatever reason, some models have changed size for the PC port.
Click to expand...
You probably know this already, but the sizes of models are defined in the flevel.LGP and clearly there was a bug or something in the PC versions that meant the value did nothing. Clearly they got it working in the port.

The requirement of a numpad in the PC98 version rendered the game unplayable for many laptop users, due to laptops generally not having a numpad.
Click to expand...
As an additional note, I briefly used the 1998 PC version, and when naming a character the controls change. So I made W/A/S/D Triangle/Square/Circle/X respectively, but when naming a character, typing "w" adds the "w" to the end of the character name. To fix this I had to download a keymapper and change my (`¬) key (on a UK keyboard, US is probz different) to something on the numpad I think. So even if you change the controls from the Numpad, the game still practically ended up unplayable.

By going to Network settings in the FFVII Launcher, one can choose to activate Cloud Saves.
Click to expand...
May be interesting to note that the option was not there from the beginning. It was patched in one of the updates (there have been like 11 updates and I can only list about five noticeable changes).

Also regarding the Character Booster: I think I heard that they changed it to also effect the Attack or Strength stat. For some reason I've never verified this. (EDIT: Oh, I remember. What I heard was it increased Attack or Strength in the Steam booster. So I don't know whether that's true. :/)

There is one notable inconsistency between the naming of one achievement.
Click to expand...
There are two. On the site the achievement is "First Battle", while the launcher calls it "Won 1st Battle". Additionally the site uses "Aerith" while the launcher uses "Aeris". And you don't mention Steam much, but Steam gave an achievement the wrong description. That's second hand info and something I cannot confirm-- they may have since fixed it for all I know.

Also there were plenty of other script changes in 2012. I believe i documented them in the original 2012 re-release thread. If you think some space was worth mentioning in one of the earlier articles, then I think surely some of them are :p --Most notable change for me is the fix of all the misspellings in the field-text shop at the Chocobo Farm. There are also changing in some mentionings of controls.

Additionally, Vincent's animations were fixed for the Water Altar scene.

And the rendering engine is a big change but I don't remember reading anything about that. And the shaders for the field models.

You got Windowed mode if that counts. Didn't see an option for that in 1998 or I would have used it.

When the game is not the active window the game pauses/does not progress. And there are the music glitches, like when you enter and exit areas fast, or if you are landing in the Highwind but continue accelerating and therefore do not land, the general WM music will play in the Highwind instead of the Highwind theme.
Last edited: Jan 27, 2014

Right, unless something went wrong here are all the WM texts. Listed are JORG, JINT, PS, PC1998, and PC2012. I haven't put them in an easily comparable table, if I remember I'll probably write a program to do that for me tomorrow.

Nice work to both you guys.

#5
Randomly spotted yet more places where the text window placement on the screen was changed between JORG and JINT. =/

JORG to the left and JINT to the right. Shademp said:
...I should check if the JINT text box placements fit better with the English game.
Click to expand...
Sure do: