Hopes for the remake (story/content)

#3,251
Odysseus said:
Has the anime industry fallen so far as to resort to necromancy for their casting? For shame, for shame.
Click to expand...
d’oh, darn autocorrect

As for why Barret’s voice actor is American, that’s probably due to the English dub cast/contracted studio in general being Americans. If SE had subcontracted the people who did the Xenoblade Chronicles dub, we might have had a whole gaggle of British voices.

Barret with a British accent is...

huh, wow. I kinda want to hear Barret with a Brit accent.

#3,253
I wanna hear Barret with a Dominican accent, because someone pointed out how Dominican he looks and I can't unsee it.

Island accents would be a bit weird coming from a dude from the desert, though.

I wonder if they're going to remember that Biggs and or Wedge had a little sister that was in Dirge of Cerberus.

#3,255
He's voiced by a Japanese actor in the Japanese version.
Masahiro Kobayashi 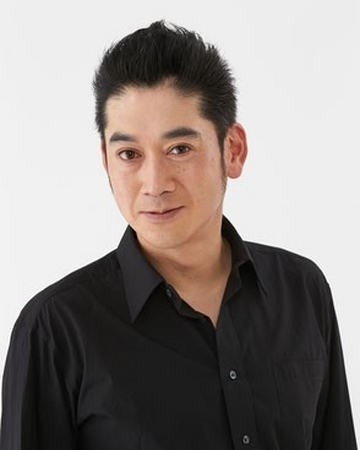 #3,256
British accents are reserved for villains and citizens of evil empires in US media, though.

Honestly, big name actors are just a distraction. When I heard Robin Lord Taylor in Dishonored, I couldn't unhear him as penguin, and in general thought he sounded too young for the role. Voice acting and acting are different if related skills, I'd let veteran voice actors get the picks rather than drag in TV or film actors for star wattage.

I don't like to cast people unless I've actually heard the audition, because it's too easy to typecast based on roles that required the actor to do something else. If somebody has played comic relief previously, that doesn't mean they can only do comic relief and so forth.

Re Accents, you're usually allowed American and British. With everything else, audiences start drawing unfortunate conclusions, which limits roles a lot.

I'd prefer they ignore earth accents for something set not on earth. Make them not fit an 'earth' slot. Give Barret a French accent, who cares?

#3,257
Watching the FF7 playthrough the VAs for Aerith and Barret did, I believe Bentley (who was reading all of Barret's lines in completely different accents from the Remake) actually did do a British accent for him a couple of times and it sounded REALLY good (as in, it fit with Barret, I dunno how good the accent itself was, not being British, nevermind from whatever specific accent that was supposed to be).

Hell, Briana White is herself an example of casting a relative unknown into an important role, and so that can and likely will be done going forward (I still wanna know who are voicing the Shinra executives and Turks, BTW), but it also takes the fun out of speculation.

The general trend for the Remake seems to be (again, confirmation about Shinra voices would help here) the playable characters get unknown/TV talent while the supporting characters get professionals (going off of Avalanche, though Wedge's actor kinda disrupts that theory).

Well, it's mostly a video game, so then I don't really know, I think for some reason because of the personal siginficance and attachtment i have to the franchise and specifically FF7 I will probably shed a few tears re-playing it, especially since more then any of the other games, it really resonated deeply on some emotional level deeper inside to something that no other piece of media or film and music ever really has except for a few other things and it felt so close to being similar somehow to my own inner self. Watching the trailer especially did this to me, I can just tell, I don't know if it's the small age when I first played it or what it was exactly, but it's one of my favourite memories. These days now I spend more time on music but I hope, I'm not really sure, I'm not sure what I hope for to be honest. I hope it's a pleasant surprise.

I guess in some ways I just hope personally with myself that I can somehow re-experience and am able to clearly enjoy the game itself and can reach that point inwardly when I was a child and again as a teenager. I'm trying to gain that inner-purity back and regain or recover some aspects of myself that I may have lost, or had become destroyed or simply neglected and forgotten about...I just want to regain some feelings and way or experience of looking at the world, if it's possible. I want to so badly, maybe this will act as some mediator, or gateway that allows this part of personal healing or facilitate this personal journey to reminiscence from my past and hopefully onward to the future.

I remember the parts that resonated with me the most, particularly the trains, I'm not sure why. I know there's some emphasis them due to the context they have within history but I always wondered if there's some other significance to them as I felt particularly moved by the scenes involving them as well.

There's a few musicians that moved me, but all in different ways. Like Final Fantasy X moved me a lot as well, it's comparable to 7 and 8, but I don't know 8 moved me in a different way. I don't know what it is, only Final Fantasy was really able to do that, and then, I think I'm not good or 'pure' enough for the franchise anymore though and I wonder about that.

It's just I feel this desperate urge to reconnect or somehow gain those feelings back. There's things like, our nervous systems and all kinds of things which effect how we feel, but it's just desperate, like this is my life and somehow that really has precious value for me, to really appreciate or properly make sure I'm appreciating this world at it's best.

So it's become clear that the compilation is still very much on the table as far as the remake is concerned. That's got me thinking, if they were to adapt dirge's opening cutscene, where would it go? During meteor fall like was originally said, or on the same night as Hojo's defeated, like case of shinra retconned it to be?

It's going to look vastly different and probably not entirely shown. It'll be the same event yet re-done; we will see the rescuing of civilians but not the full focus of Vincent confronting Hojo and noticing he's starting the fragment program.

The style and character designs with the Remake are way different and higher quality. Not to mention the scenic direction. So you'll see the same events (like the opening of VII for instances) but done differently and directed in the Remake's style.

#3,261
Yeah, I doubt the Remake will suddenly have a cutscene that’s switches to Vincent’s POV to after the Hojo boss fight. There will probably be a lot extra/new scenes between the end of the Hojo boss fight and the party getting back on the Highwind. But I doubt they will go out of their way to specifically recreate the Dirge opening scene, especially since it would likely be a random POV switch.

#3,262
It seems more clear they are taking bits and pieces, not the compilation in whole. If they want to touch the travesty that is Dirge, they would likely come at it from a completely novel angle so as to A. make it fit with the remake and B. make it um.....better.

I figure they'd at least keep the "the party helps evacuate citizens" aspect, probably guided by Reeve. If they were going to acknowledge it at all, there could be a throw away line from Yuffie about Vincent going to investigate the cannon.
Last edited: Mar 1, 2020

#3,264
I wonder. If Vincent and Yuffie are not optional characters this time around, they ought to be down in the Crater with the rest of the party.

LicoriceAllsorts said:
I wonder. If Vincent and Yuffie are not optional characters this time around, they ought to be down in the Crater with the rest of the party.
Click to expand...
This is what I was talking about. Dirge's opening scene was originally meant to justify why they weren't in the final cutscene of the original, but Nojima retconned it so the scene takes place right after the fight with Hojo when he incorporated it into case of shinra.

I imagine we're going to get a much more different ending which will probably go by Nojima's writing since that came most recently and he's the one doing the writing and stuff for the Remake. It'll probably stick to how the Case of Shinra depiction goes as well.

#3,267
No more uncertainty about whether humanity survives, then. Ironic, in view of the direction our own planet is taking.

#3,268
LicoriceAllsorts said:
No more uncertainty about whether humanity survives, then. Ironic, in view of the direction our own planet is taking.
Click to expand...
Ain't it funny how relevant the plot has become irl?

I like how FFVII dealed with how we are treating the planet way before most popular media did... powerful message from a media that its still viewed superficially by regular persons.

I think it was much more relevant back in 97 tho. Yes, we still have scummy corporations shitting the planet up, but also, Time Magazine put a international climate change icon, Greta Thunberg, as their "Person of the Year" (god that sounds stupid). That' a huge deal. It pretty much means that Climate change is very much inserted in the world's most influential societies as a matter of discussion.

Of course, I wouldnt say I want FFVIIR to reflect that, because that would be a very big change concerning how the original treated such matters. Even though I wouldnt strike off a potential "more updated" take, even if it's sidelined. Still, FFVII's message continues to brought up a reflection just as it did 23 years ago, which is awesome, to say the least.

#3,271
Even further confirmation that the Compilation is canon to the Remake (and validation that the translated French interview that Nomura did years ago, that still gets quoted, was misinterpreted by so many).
https://www.vg247.com/2020/03/02/final-fantasy-7-remake-interview/

Kitase: ...W-What are you talking about? We wrote it. Yes. It's there. Why would I delete my own work??
C

#3,273
Hmm. I don't want the compilation ignored, but I hope they are able to avoid over referencing things the way BC did. Resident Evil 2 pulled off a great remake, partly because it didn't feel the need to throw in easter eggs about Wesker, Tri-cell or Las Plagas.

Clement Rage said:
Hmm. I don't want the compilation ignored, but I hope they are able to avoid over referencing things the way BC did. Resident Evil 2 pulled off a great remake, partly because it didn't feel the need to throw in easter eggs about Wesker, Tri-cell or Las Plagas.
Click to expand...
Yeah, Before Crisis felt like those variety shows with guest stars and they flaunt them out every chance they get.

But no, the Remake doesn't do that nor would it. Kitase's basically setting the record straight as clearly as possible, over I'm assuming a mistranslated, or misunderstood question that had people thinking otherwise. I was always skeptical of it, but as he's been saying over the months, no. They're not essentially tossing their work.

... To be fair though, RE2 wouldn't have been able to reference Tri-Cell or Las Plagas because they were never discovered