This image has been found by chance on Tumblr. Thoughts?

Interesting. He finally looks a little less emaciated and it's somewhat reminiscent of the old AC artwork.

If it is, it's been on those pillars for a while now. This tweet is from January 21st. Slightly different angle. It's not an image of Cloud I recognise anyway but there's so many versions of him lately, I can't keep up

Yeah, those were up the whole exhibition. There were other pillars of characters with existing artwork. They new designs were shown at a specific event with the audience attending. If this were the new face then they did a poor job keeping it a secret by leaving it out in the open before that even too place.

#5
I highly doubt that's it. Looks like straight up AC Cloud model with a Soldier outfit.
More likely, this was the model they planned on using before Nomura decided the AC models wouldn't do quality-wise for the remake. After all, they're on record saying that was the first thing they considered doing.

Also, if anything this model (with the AC hair) is further removed from the original design than the remake trailer model, and they're saying the new design is the closest yet. I would say that pretty much precludes this one.

#6
I think it mind end up being less of a significant change than we have been building it up to be, similar to how Young Xehanort looks slightly different than his DDD model facial structure-wise. Like I’ve seen accounts from people who attended the event as describing Clouds’ “new” look as being more similar to his AC look than the initial Remake trailer did. 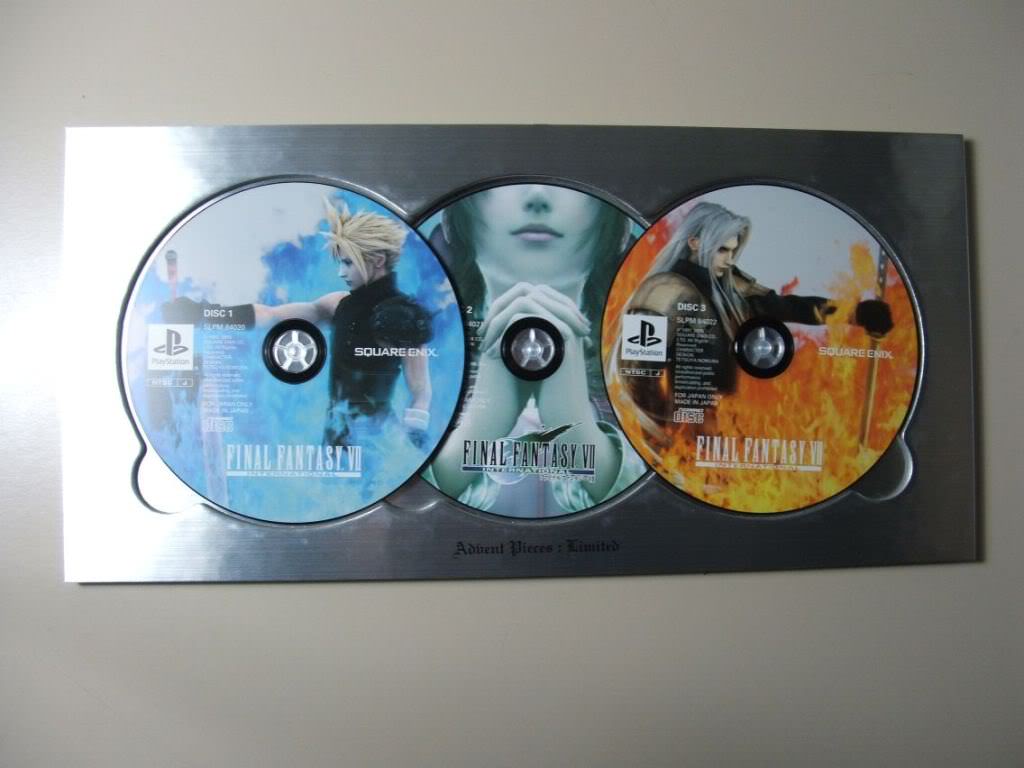 It's from the FFVII PSX International disc set that came with the limited edition of Advent Children called "Advent Pieces". That was released way back in 2005, so no connection whatsoever to the current remake.
Last edited: Feb 11, 2018

#10
Here I thought the CG artwork from Advent Pieces was common knowledge.

#11
Hey, not everyone can be fountains of FFVII knowledge.

#12
I haven't seen that AC model in a long time I almost thought it was new. Anyway, I'm sure a picture is bound to pop up sometime soon

#13
I was sitting here thinking that I had seen that pic of Cloud before, but I couldn't remember where.

Tennyo said:
I was sitting here thinking that I had seen that pic of Cloud before, but I couldn't remember where.

Click to expand...
Me too, I even googled a couple of the anniversary posters thinking it was one of those but the positioning was slightly off.

Channy said:
Me too, I even googled a couple of the anniversary posters thinking it was one of those but the positioning was slightly off.
Click to expand...
Me three. I googled the Crisis Core Ultimania thinking it was a modified version of the cover art.
You must log in or register to reply here.
Share: Facebook Twitter Google+ Reddit Pinterest Tumblr WhatsApp Email Link
Top Bottom