#1
Not sure if this is for all FF's (maybe we'll get news on Cid and Barret?) or just XII, as info is slim.

However, for a prototype it looks rather nice.... 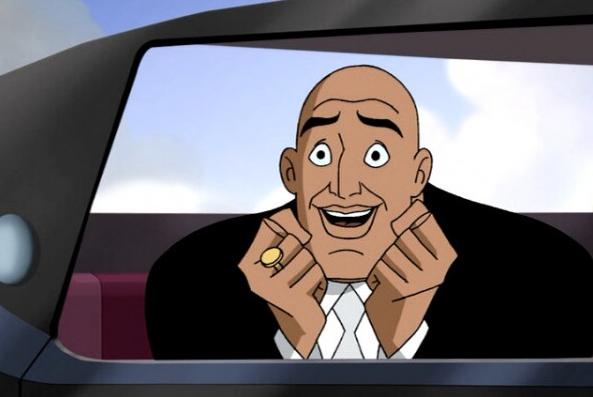 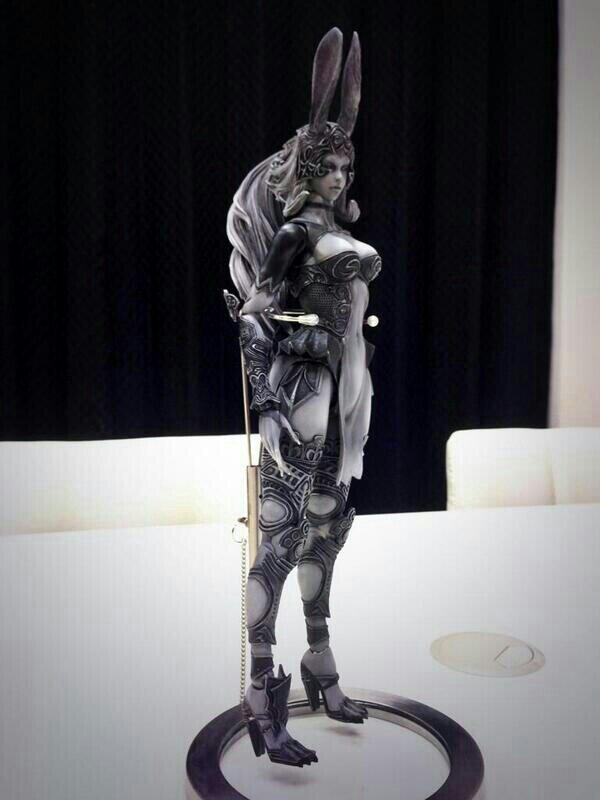 The Twilight Mexican said:
Dat ass.
Click to expand...
I have images disabled so when I saw the link I was like "well it can't be that..."

#6
Are these the big ones, like the recent Rufus?

#7
Fuck damn it. Why am I poor and already a hoarder. I want these but I caaaaan't.

#9
LicoriceAllsorts said:
Are these the big ones, like the recent Rufus?
Click to expand...
I believe so. Wonder if we'll see Cid or Barret...odd that they never mentioned AC Tifa, yet here she is. And still no Red XIII release.

RE Tifa: TAKE MY MONEY NOW.

Well since they already had full-size Play Arts Kai for Rufus, Vincent, and Yuffie it was only a matter of time before the rest of the VII cast started coming out. I think it's not a matter of if, but when.

That said, while I absolutely adore Play Arts Kai figures and I think they're some of the most flexible, posable designs on the market (with insane, excellent detail to boot), weird horseshit jobs like that Yuffie figure prevent me from buying them ever on a frequent basis besides as a collaborative birthday gift.

"Horseshit" job is harsh, I suppose - and almost every preview sculpt that's come out looks absolutely impeccable - but sometimes the manufacturers make the strangest decisions with the paint and production has churned out some very, very odd-looking figures. Skin tones have often been a common point of criticism (re: the "orange face") - the Street Fighter ones had the same problem, and on the Mass Effect ones some of the skin tones came out like someone had smeared dirt over the figure during the paint process.

In general, quality varies quite a bit (and plenty of anecdotes can be found of missing paint), especially for a poseable at the price points that Square Enix sell them at (though many figurines often have an asking price far above PAKs). Still, when the stars align on the QC aspect, the majority of purchases I've made have been nothing but excellent on all fronts.

If they're making another Tifa figure, I would've preferred something new, like her blue mini dress or the cowgirl outfit. Not the overrated Rinoa Mk. II again.

Well, after 15 years, it's hardly fair to expect them to still look the same

#15
Octo said:
Tifa got her boobs redone eh?
Click to expand...
Now that you direct attention to her boobs, I notice they pop out significantly more than they did in AC.

...How amusing it is that I did not bother to look at Tifa's boobs in this model until somebody else spoke about them first.

At this point I'm wondering if we'll get to see a Cid and Barrett pre-Advent Children. The old designs were sort of tucked in the corner during the first 5 minutes of the movie. They've been reluctant to show them in full, and it's almost like they're "remake curiosities" locked away until the game actually gets made. Think of unanswerable questions like: is Bugenhagen part cyborg with a ball for legs, or is he just floating around on a ball? Would Dio get redesigned, or does he really manage the Gold Saucer in his underwear? Things like that. In cartoon form Cid and Barrett look acceptable, but what do they look like in a more realistic design?

So basically I'm wondering what they would change on the clothing to make them look more realistic and less manga (ex. Aerith's leather straps replacing the brass cuffs on her shoulders.) Would Barret still be wearing that uncomfortable looking tire rim around his waist, or would they simply change it to bandages?

Lol Benoist, I've been wondering that about Bugenhagen for years.

Also, are the old men at the temple of the ancients actually black mages? Not too sure...but pretty sure...maybe.

Shademp said:
Now that you direct attention to her boobs, I notice they pop out significantly more than they did in AC.

...How amusing it is that I did not bother to look at Tifa's boobs in this model until somebody else spoke about them first.

Click to expand...
LOL It's Play Arts Kai, you guys

#19
Howland Reed said:
Also, are the old men at the temple of the ancients actually black mages? Not too sure...but pretty sure...maybe.
Click to expand...
In my headcanon the Ancients we see in the temple mostly consist of a spiritual form and that they linger in a state between life and death. In other words this black mage form represents their souls and magical alignment but is not what they looked like when fully alive. It makes sense also that black mages, masters of destructive magic, guard the Ultimate Destructive materia.

If the Holy materia had been guarded and the player had to find it, I think we would have seen white mage-type Cetran spirits.

Robert Baratheon said:
boobs that can put people's eyes out has always been a staple

Click to expand...
I wouldn't know. I don't collect this type of stuff.

#20
I'm surprised they didn't go Fran the first time, given how popular she is.

I've always wondered why they never packaged Cait Sith with the Moogle, just seemed random giving him out with Red XIII. I'd love to see Barret, Cid, Terra and Qusitis though *_*

I think they package Cait with Red because of some weird rule that it was too hard to animate the Moogle in AC, so Red and Cait are paired now.

Also, we need a Shadow figure. 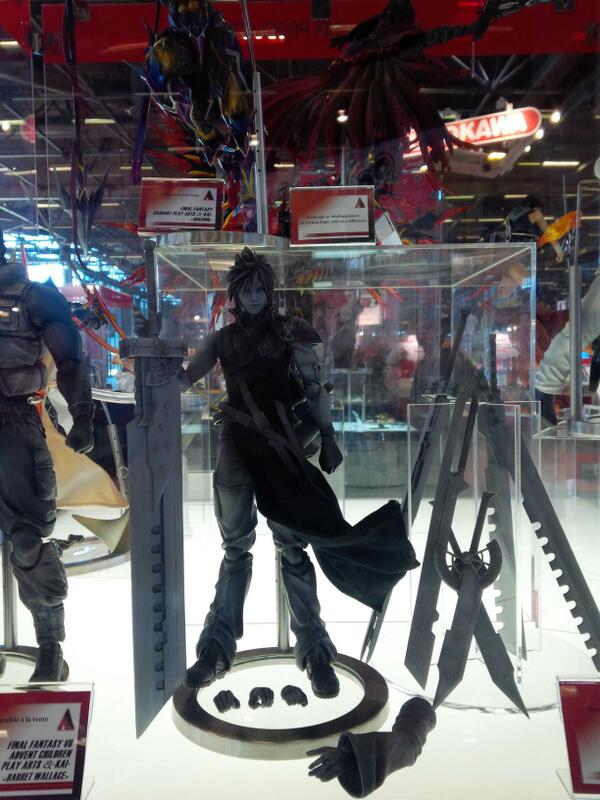 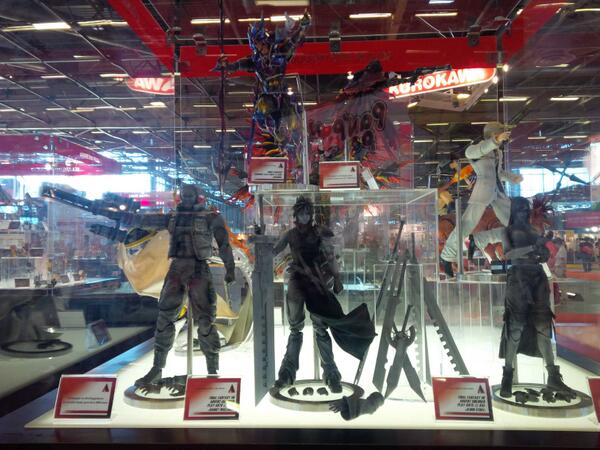 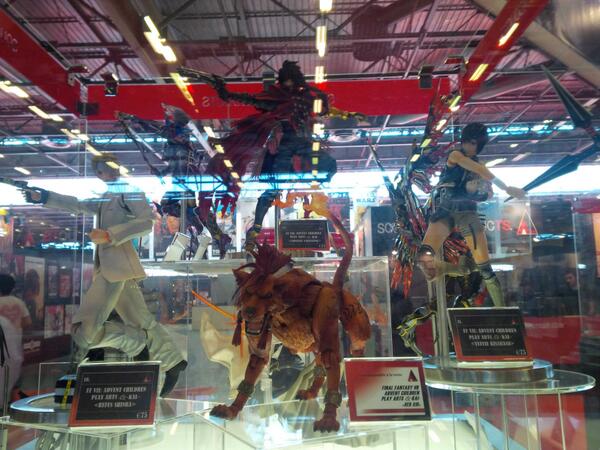 AKA
The Iron Witch

It appears that unicorns have crapped out a few of my rainbow-colored pipe dreams today. We finally have an ACC Barret, after all of these years of seeing the same lot of pretty boy character figures over and over. (Not that I mind pretty boy character figures, but still...) Now, if Square-Enix decides to churn out the mythically long-awaited Cid, then I'll gather some frogskins together and collect this series. Until then, I dare not give myself too much hope. A little. But not too much. Even Bandai never made a Cid... :\