Someone named Verendus claims an FFVII remake is happening.

#1
So I guess there is some person named Verendus who knows everything about the in and outs of the gaming industry in Japan and is now claiming that a FFVII remake IS happening.

I don't really know who this Verendus person is. Has anyone here ever heard of them?

I'll believe it when I see it and not before.

After Square-Enix recently stated again that it would take 'ten years'?

to be fair, they have been saying stuff like that for 10 years now so maybe they were secretly making it after all

and that's why versus xiii became xv and still isn't out

What is with this company and hoodwinking?

I mean if you look back at all this, I have never seen a cash cow milked so elaborately.

#6
Even if it turns out to be true, it's a huge project and it sounds like right now it would be in its very infancy.

So, seeing Square's track record with FFvXIII/FFXV, I wouldn't hold my breath for the next... you got it, ten years.

i think square would do well to shut up their mouths about things they are working on until they're at a decent stage, so we don't keep having incidences of 'game x was announced 5 years ago and it still doesn't even have a release date'

In a weird way I think this might be true. He's usually spot on about most shit, and I do see it very possible that Square would wake up and seriously consider remaking FFVII. 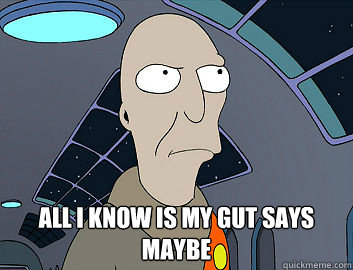 Click to expand...
I hate those filthy neutrals, Kif. With enemies, you know where they stand, but with neutrals, who knows? It sickens me.

#11
Tetsujin said:
After Square-Enix recently stated again that it would take 'ten years'?

Click to expand...
The Monk said:
What is with this company and hoodwinking?

I mean if you look back at all this, I have never seen a cash cow milked so elaborately.
Click to expand...
To be fair, SE is not the one who brought up the topic. This is an outsider who is not affiliated with the company who apparently seems to have inside contacts or something.

Kiss Land said:
In a weird way I think this might be true. He's usually spot on about most shit, and I do see it very possible that Square would wake up and seriously consider remaking FFVII.
Click to expand...
So you have heard of this person? What kinds of predictions have they made in the past?

#13
I don't believe it honestly, but if they are I really hope they don't keep the same English voice actors.

#15
I am suddenly worried. I would like an FFVII remake, but please don't start working on one until the production time can be cut down to five years. All this over-ten-years bullsh*t needs to stop.

I'll believe when I am holding a physical copy of the game in my hands, when the remake is on my TV screen, when I'm playing through the remake and when the ending credits are scrolling down the TV screen.

And even then, I'll have to replay it again just to make sure that they didn't cut any content out. And again, for any extra content.

#17
As an IP nerd, can I just say I'm surprised they didn't Trademark Shinra sooner? I'd be happy if we got official Shinra merchandise in wake of this...

"Yoshinori Kitase denying that such a thing is underway, as well as making the astonishing claim that it would probably take a lot longer than ten years, even if we ever do it"


Say what? errr is SE really saying that to update a game with today tech ect that it would take 10 years to do it? da fuck?. Am no expert on games ect but this cant be serious right?

Is it really that hard to update a game?.

Well i assume he means remaking from scratch, but yeah hes talking out of his arse when he says 10 years.

Technically it's bullshit. But looking at the dev time for VersusXIII/XV, it's a realistic assessment of their own incompetence.

10 years to make a single game might sound bizarre

but this is square enix

it takes them 3 hours to say their own name

#22
They could never release an "update"-ed version of this game other than the PC re-release that came out in 2012. I've said this before, but the original backgrounds are - at an absolute maximum - 640*480 in resolution. The area you actually see on the screen is even smaller than this (in general, 320*240). That's the reason they're so pixellated.

The reason this wasn't a problem on large screens back in the day was firstly because computer monitors were basically max 1024*768 at the time so pixellation was less visible, and also it was built for playstation before LCD's or flat-panel TV's existed. The image in old TV's isn't "rendered" the way they are now, it's projected from a big tube.

tl;dr, they'd have to completely redraw the backgrounds if it was an "update" to this version, and they're not going to bother with that when there's so much more required to modernise the game. There is no analogue control in FF7. This is something I don't think about until I go back to it and it feels terribly awkward now. Even FF8 has it.

Same situation with the FMV's as the backgrounds. The re-release uses the original 640*480 versions with a filter on top to make them look a bit smoother. tbh, other than the mods fans have created there isn't anything they could do to update the game as it is. It needs a full remake if they're actually thinking about HD-ifying it.

#23
As I understand it, they mean that, in order to make the game well enough, they'd need ten years. It doesn't mean technically they can't do it in less than that, but only that they could never be happy with what they'd achieve in less time.

It's still bullshit but in a way I can understand it. It translates as "if we did a new FFVII and polished it the way we polished FFXIII, it'd take ten years".

I understand they do not need to plan the story but would still need to storyboard a good part of the game since it'd now be in 3D and the number of scenes they can re-use from Crisis Core with higher-poly-count models is very small.

Again, I do not exactly think what they say makes sense, but I can see what they mean when they say it...

#24
But didn't they say something laughably stupid like 40 years?

I doubt its true, but who knows. I've long believed that the main reason SE hasn't remade FFVII before now, was so that they could use it as a last resort to make some money and keep themselves afloat if everything else went tits up. Which it mostly has recently. So who knows, maybe they actually are making it. Not gonna hold my breath though.
You must log in or register to reply here.
Share: Facebook Twitter Google+ Reddit Pinterest Tumblr WhatsApp Email Link
Top Bottom