Yoshinori Kitase (Director), Motomu Toriyama (Planner), and thousands of fans are keen on a Final Fantasy VII remake. Now hear what the head honcho of Square Enix thinks about the topic.


I asked Wada-san his thoughts about a Final Fantasy remake, perhaps a PSP one if he felt a PlayStation 3 remake was too costly. Look for the full interview later this week.
Click to expand...
Keep teasing us...

#3
If their going to do it for the PSP they might as well not even do it.

#4
ShuShu said:
If their going to do it for the PSP they might as well not even do it.
Click to expand...
QFT.

*in head*
Click to expand...
*grabs gun 'The Happening' style*

I'm not sure if I'd bother to buy it if it was on PSP. It would ruin the epicness.

Although knowing me I'd buy it anyway.

#7
ShuShu said:
If their going to do it for the PSP they might as well not even do it.
Click to expand...
they're

If I'm going to buy FFVII on the PSP it'll be the original version. Or, you know, I could just go play it on the PS2 as well.

I think the suits of gaming companies should not talk. At all. Ever. Just shut up and eat your money.

This isn't even remotely amusing or entertaining anymore.

*takes over the forum in everyone's absence

It's just a game, brahs.

And why are people even listening to Wada?

*in head*
Click to expand...
Gimme that gun. I'm going to Japan and shooting these cockteasers in the spine.
K

We have changed our minds again, we are not going to do the FFVII remake..

We have changed our minds again, we are not going to do the FFVII remake..


Click to expand...
*another week passes*
OR WILL WE?

"We will explore the possibility".

Didn't they say that before?

Don't they say that every week?

perhaps a PSP one if he felt a PlayStation 3 remake was too costly.
Click to expand... 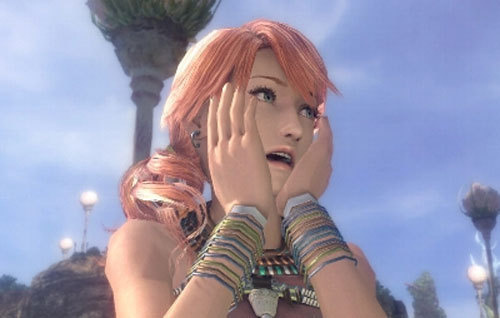 Can't you already play the original FFVII on the PSP anyway? (And legally.) What's the point there?

He blatantly means that its going to be an Xbox exclusive. The PS3 fanbase make it a risky venture.
O

@Oerba Yun Fang: Then again wasn't FFVII one of the catalysts for the success of the PS1 as well, could be way off there, but a remake on the PS3 would certainly boost sales, especially to the newer members of the fandom who were introduced to it through other parts of the compilation and want to play the game with OMGAWESUM!!!11!!! graphics, and not blocks running around (<3 blocks)

At this stage I wish they would not bother commenting on it, it's getting old. Either reveal you are making it or not making it and be quiet. Either way Im content as the blocks don't bother me.

#23
I would love a remake, but yeah, stop telling us shit we already know. Say "We're doing it," or don't mention it.

#24
To be honest, I think PS3 sales would be good, given how FFXIII came out last December (March outside of Japan), then God of War 3 is coming out now, and they have Gran Turismo 5 to come out... well, at some point in the future! And wasn't FFXIV coming out on 2010, too?

If that's the case, in the end, they will not need immediate sales' boost, because they will still have FFVersusXIII, so if the remake of VII was coming just because of that, then it's not happening soon.

Do it, or don't do it, but stop being an a*s, puhleeeaze!

PS: On a side-note, I also <3 blocks, so no problem for me, even if I'm curious about how would a remake look (and play) like.

Alex Strife said:
Either way, I'm also pissed at the: We're doing it - no we're not - or are we? - sure, but not now - but we'll do it? - hmm... change of mind, we're not.
Click to expand...
Grand Turismo 5's case is even worse: "We are gonna release it, yes, yes, very soon." *months later* "Oh wait until we finish some things and we will release it, but be patient, you will have it very soon, we promise..." I take these guys from GT5 even less seriously than the guys from SE. I hope I can see the game before my retirement age