I'm loving the sequel comic, "Power of the Dark Crystal" so this news of a Netflix prequel series is just extremely exciting!

Louis Leterrier (Now You See Me, The Incredible Hulk, The Transporter) will direct and executive produce the series. Netflix&#8217;s official description reveals this about the plot: &#8220;When three Gelfling discover the horrifying secret behind the Skeksis&#8217; power, they set out on an epic journey to ignite the fires of rebellion and save their world.&#8221;
Click to expand...
Via: http://io9.gizmodo.com/surprise-a-dark-crystal-prequel-series-is-coming-to-ne-1795335997

#3
The original movie freaked me out as a kid. Haha

In anticipation of the new series, they're releasing an artbook of BTS stuff from the original, and things in September and OH MY GODS IT LOOKS AMAZING: http://io9.gizmodo.com/a-look-inside-the-definitive-book-on-bringing-the-dark-1796466091

It’s still happening??? I’m so excited I can’t even.

Netflix gave fans a first look at The Dark Crystal: Age of Resistance at New York Comic Con, and judging by the footage screened for fans, it effortlessly recaptures the magic of the original Jim Henson film, now with an even bigger scope. A prequel series set before the events of the 1982 movie, Age of Resistance is directed and executive produced by Louis Leterrier (Now You See Me), and executive produced by Jim Henson's daughter, Lisa Henson.

The show has been in development for seven years and took a year to film, according to Leterrier, who promised the series will have a full puppet cast and no CGI or human characters - the only use of CGI is "erasing rods, erasing puppeteers," he said. "The thing that really changed [in terms of technology] is being able to erase puppeteers. We can do different types of puppeteering, more action-oriented puppeteering."

Very little has been revealed about the plot of Age of Resistance until now besides the fact that it's a prequel, but Henson gave the first details at the Comic Con panel. "In the original movie, Jen and Kira stop at the Wall of Destiny and see the ruins of what was once a beautiful Gelfling culture, so we used that as a jumping off point... what was that culture, and what was lost? What was that beautiful Gelfing civilization? And it's very developed, we have many different groups of Gelflings in different geography, different settings ... it's extremely rich. We took as inspiration shows like Last Airbender, Game of Thrones... shows that have a lot of depth and a lot of detail built into the worldbuilding."

Henson revealed that many people have asked her what the biggest technological advancement has been between the new series and the film, and she admitted, "It's green screen; we're removing puppeteers, but Jim didn't have the ability to do that at the time of the movie, so it's an advance on the film. And we're so pleased that's still pure puppetry. We'll have a very simple scene of characters doing what seems like a simple gesture, but it takes a team of puppeteers... We have no human cast to join us because we have no humans in the show, but I think we did have every puppeteer in England, it was a massive endeavor."

Aside from that, the creative team aimed to make the show as faithful to the original as they could. "The tone is exactly the same, the look is the same; we shot in VistaVision - you're gonna love it," Leterrier promised.
Click to expand...
Via: https://www.ign.com/articles/2018/1...l-puppet-cast?abthid=5bb80a3c11fb2fcb0b000256

The footage shown at the event isn't still online, but here's a recording of the panel from NYCC:


Quick notes: They literally wrapped a week before NYCC, and it took a full year to film. It's 10 episodes and they're each an hour long. It's a prequel about the bigger Gelfling civilization that existed before (the jumping off point was from the wreckage that Jen & Kira find on the wall of destiny). They wanted to bring the puppets like the original had to a new generation of kids that didn't grow up with and haven't ever really experienced them. Looks like it's also confirmed to release in 2019 at some point. 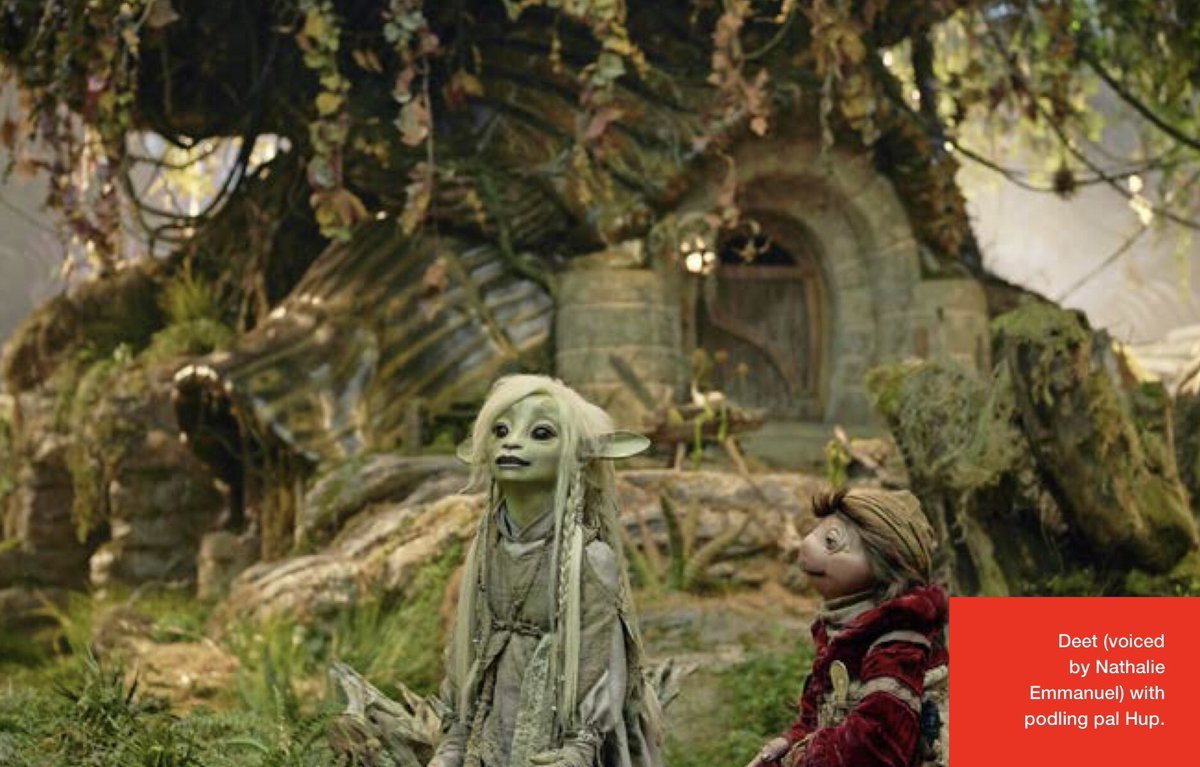 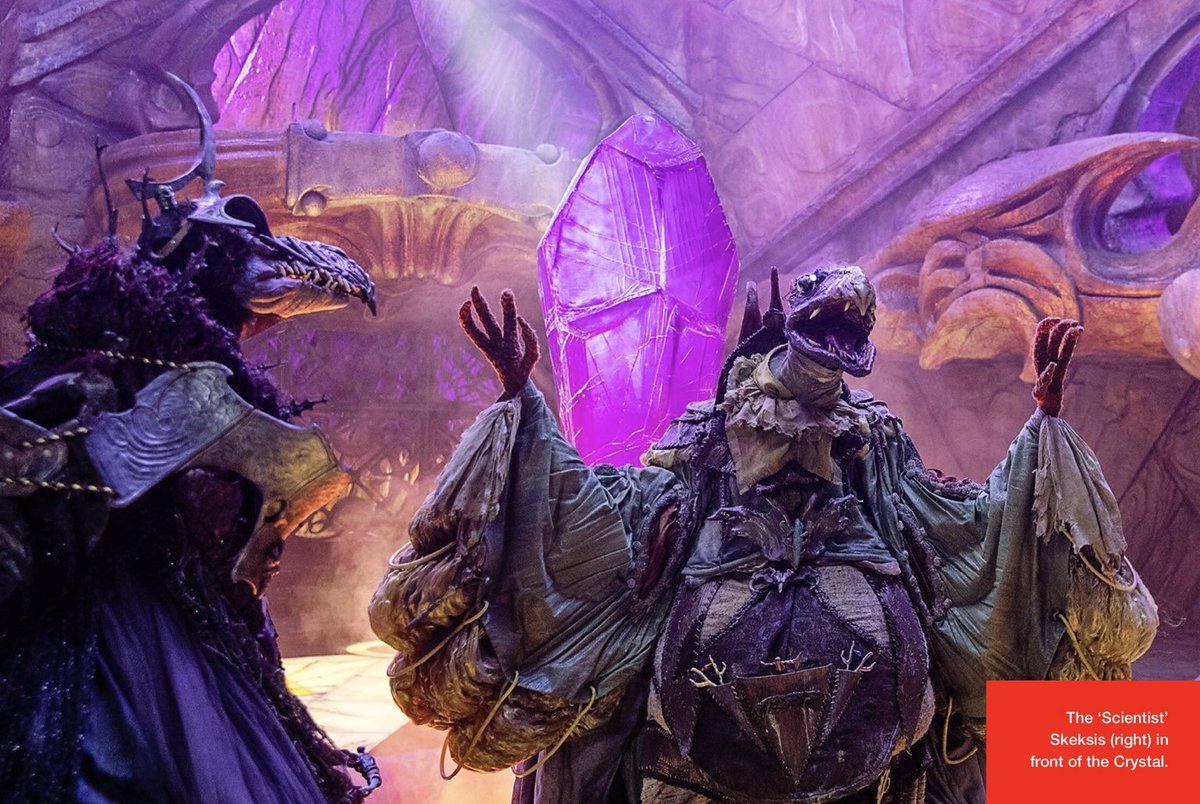 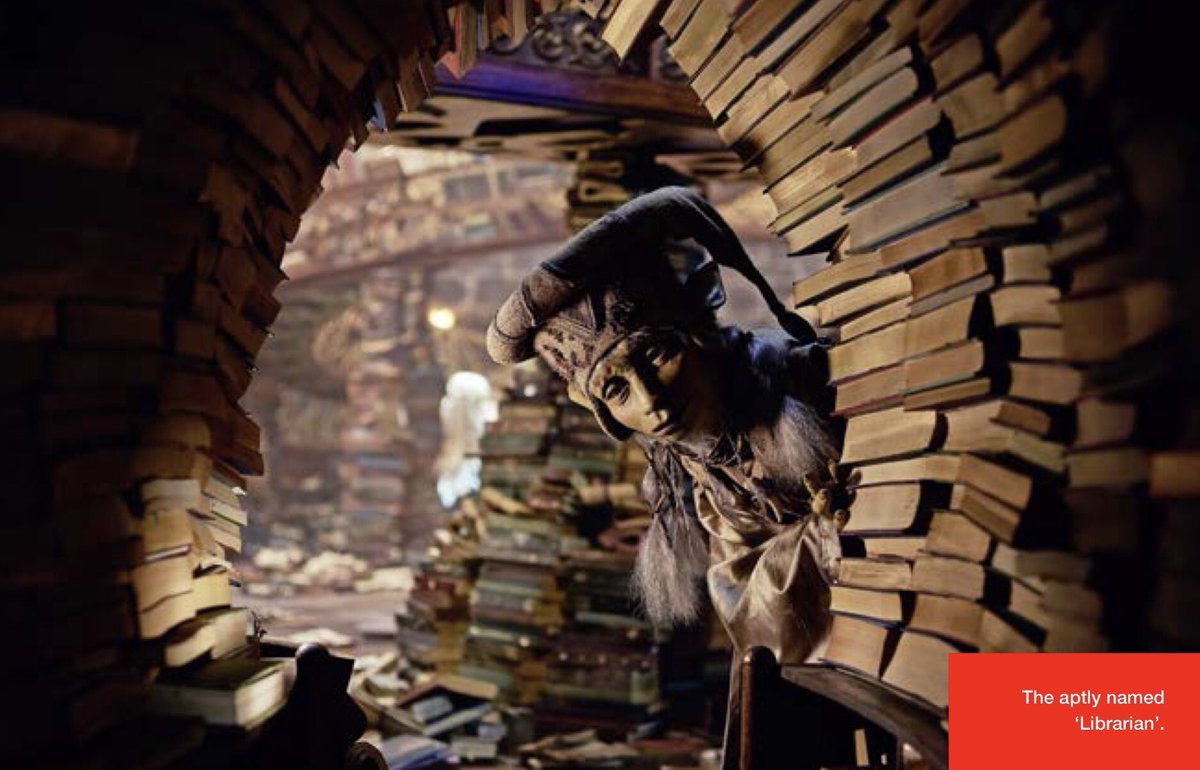 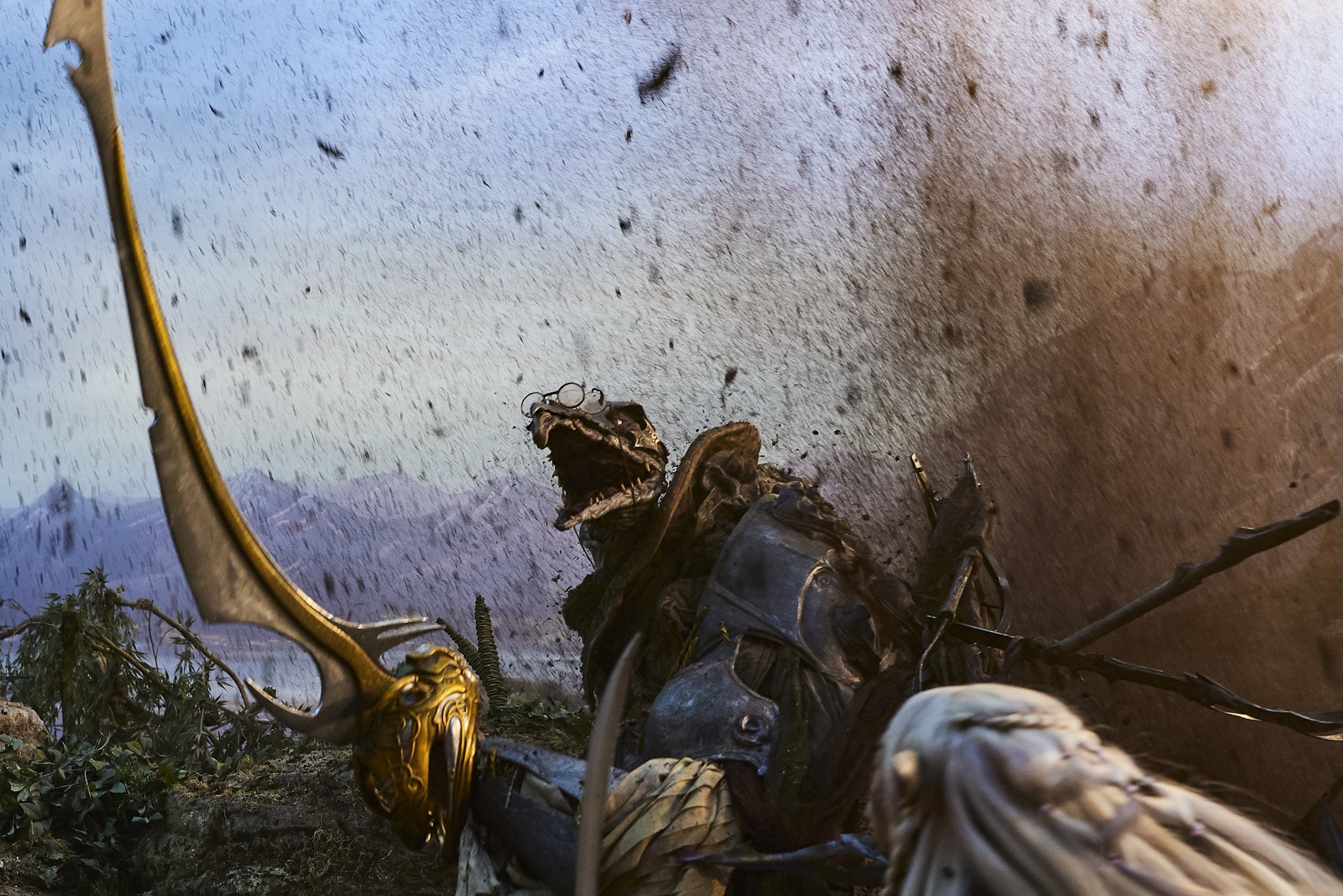 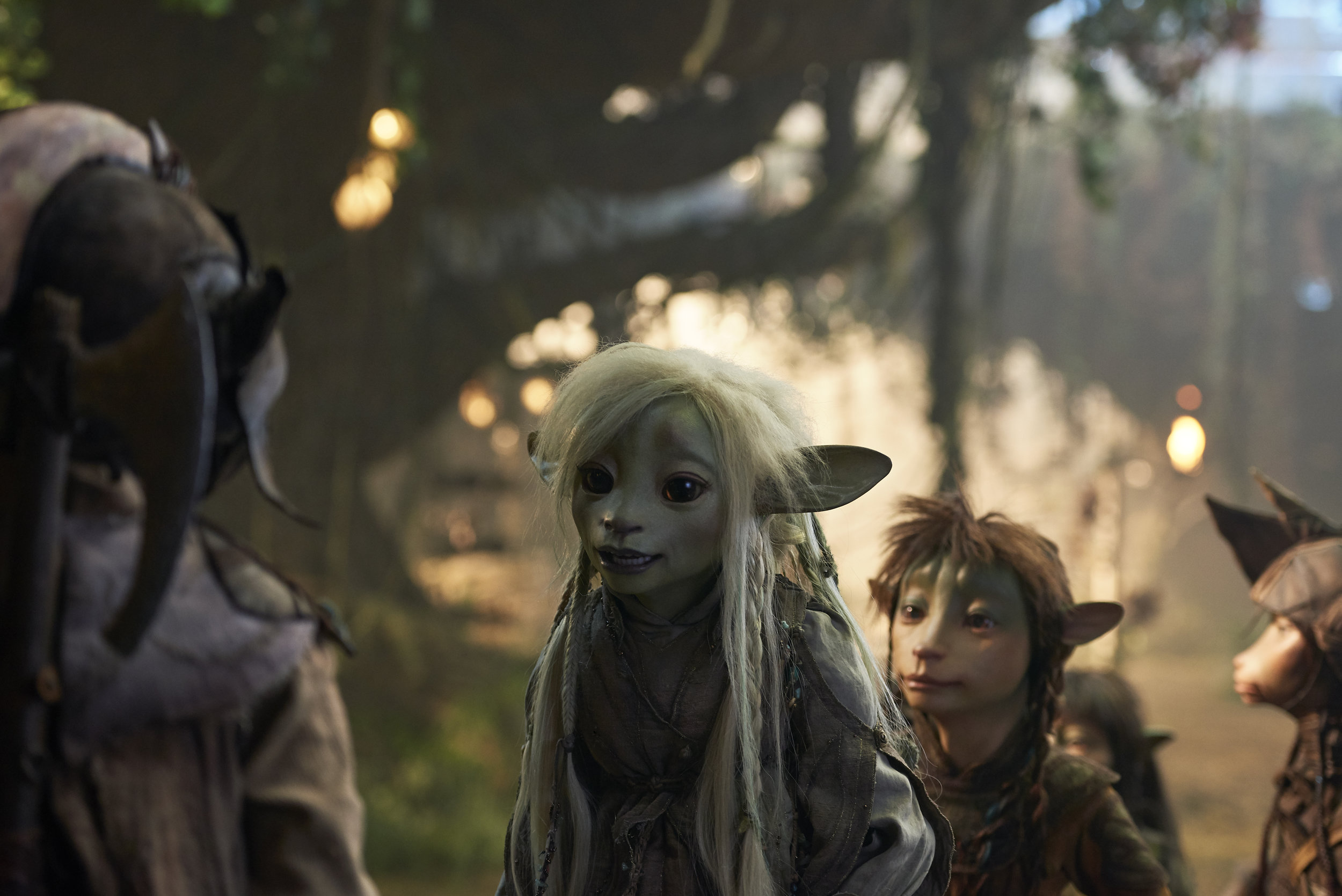 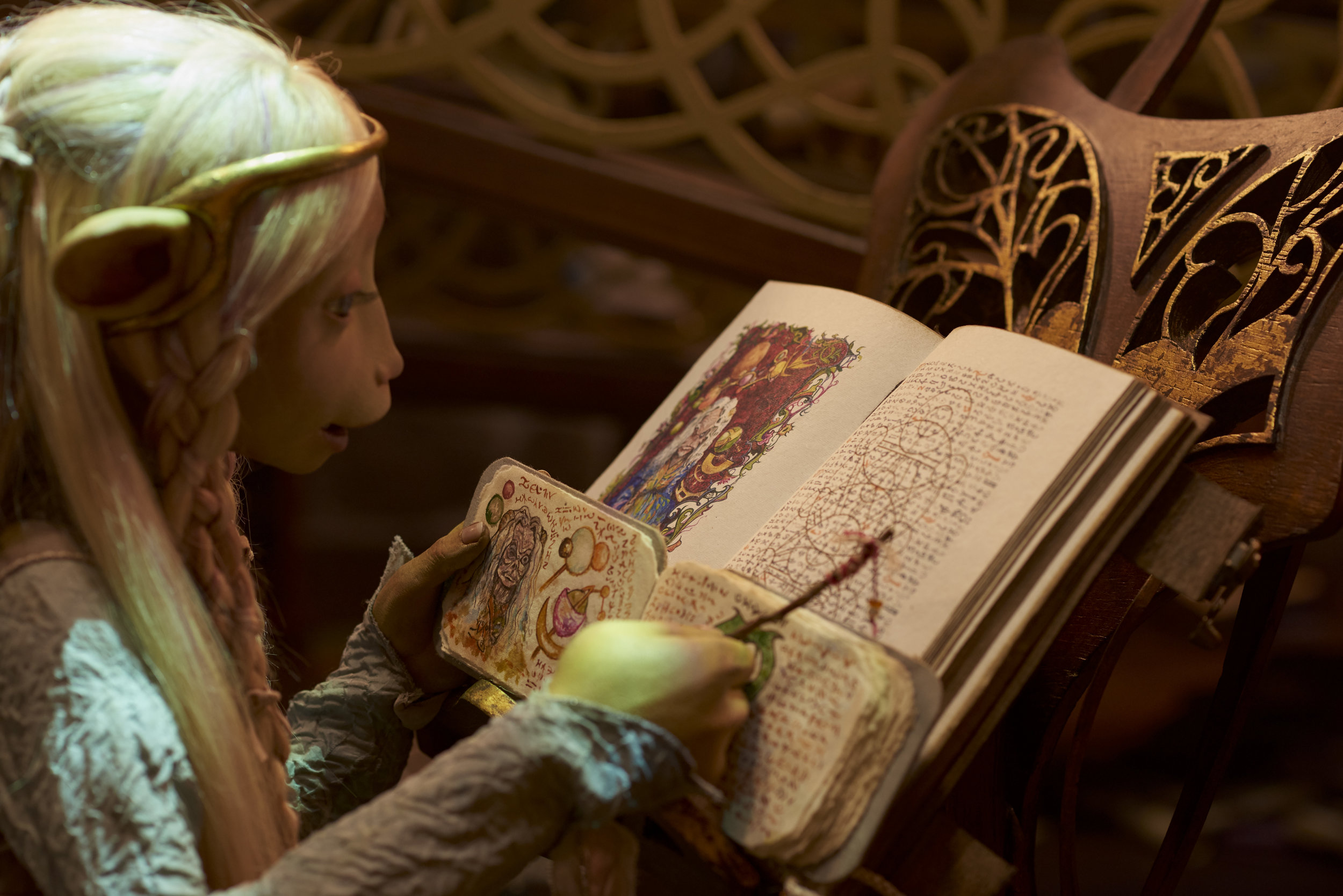 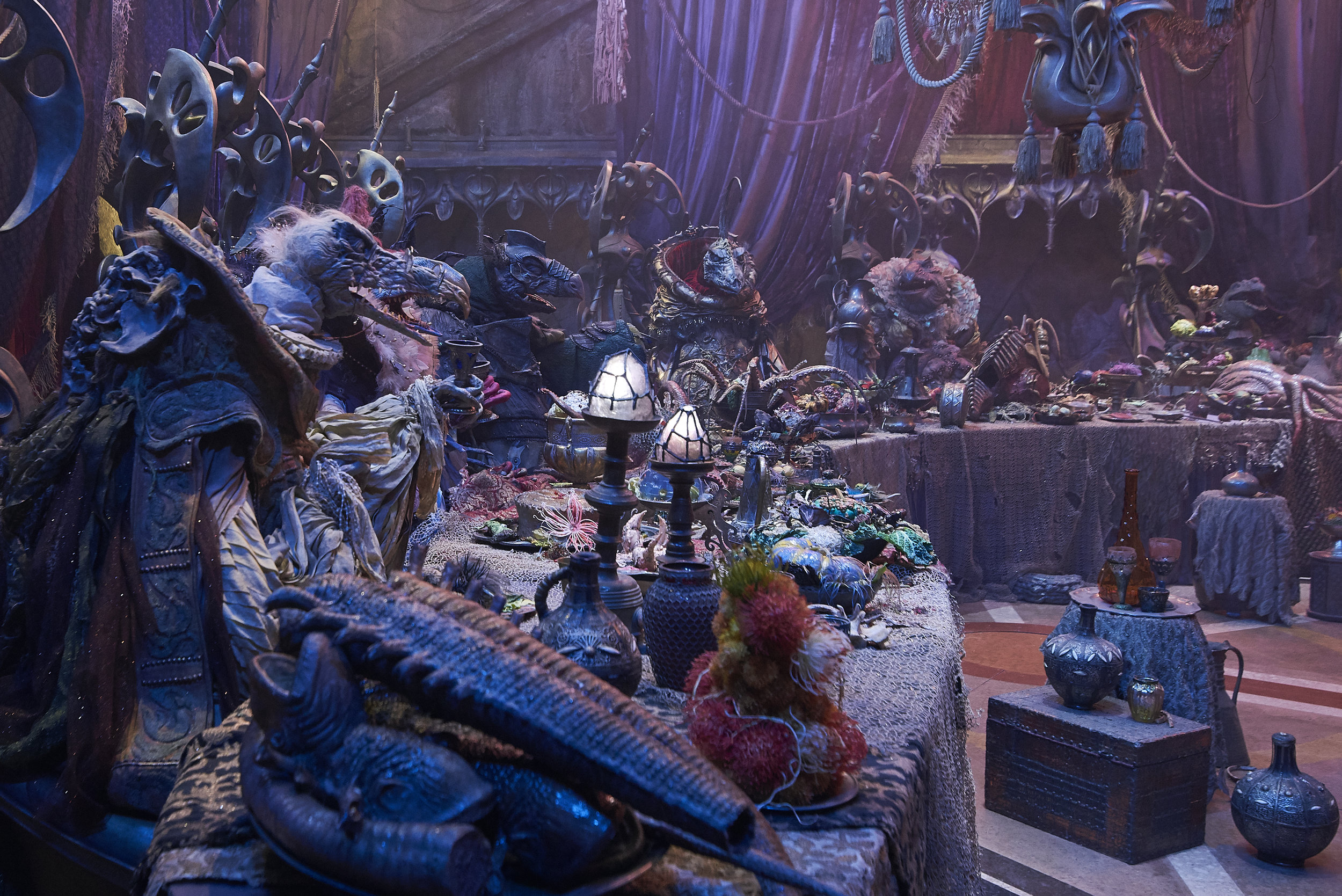 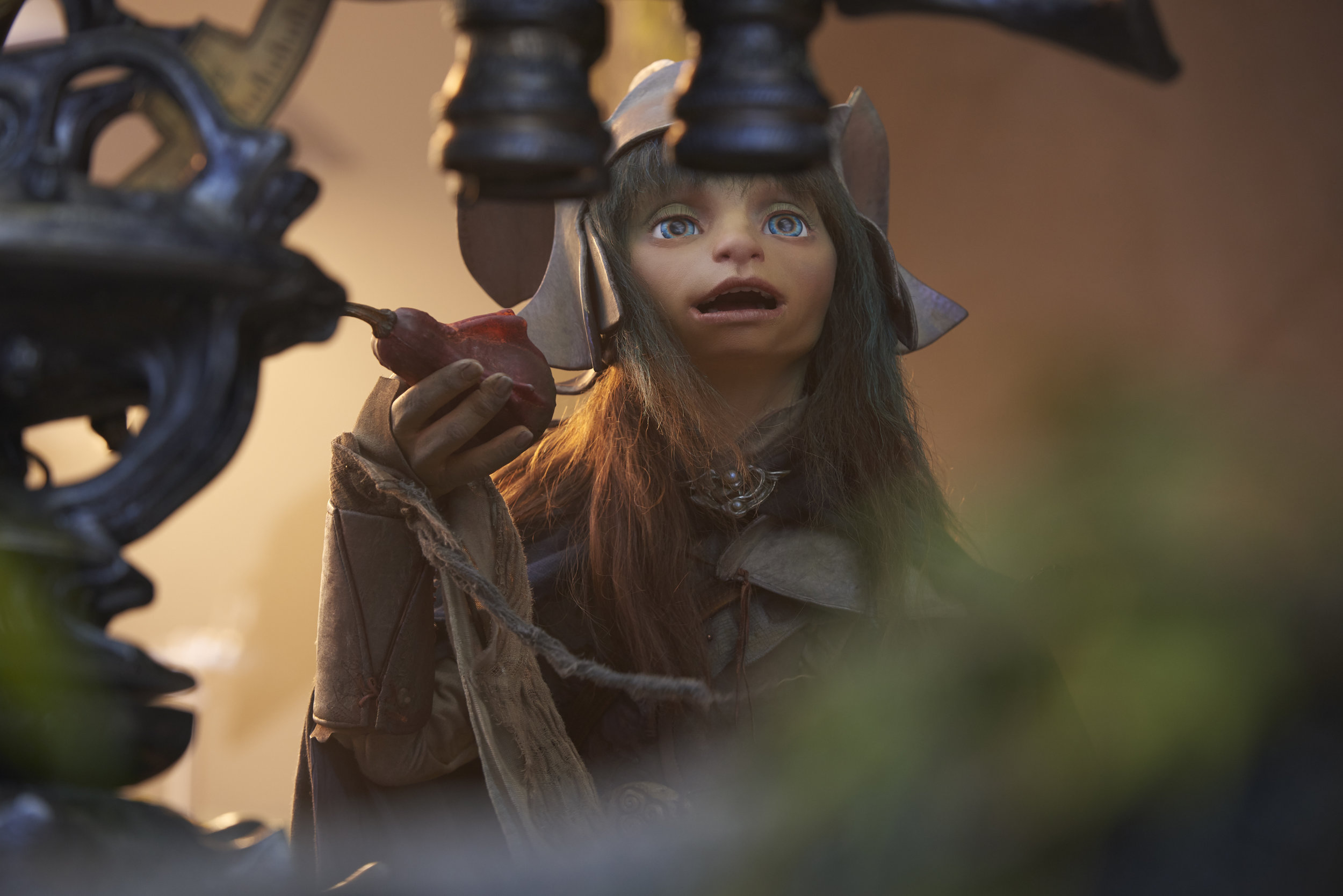 Jim Henson is grinning from heaven.

Fuck yes... I'm getting emotional over here. The Dark Crystal was my favorite movie growing up. I can't wait for this.

Wow, I was slightly older. Honestly I didn't really understand the plot until I was older, but I just thought everything looked so damn cool. Except Ogra... she freaked me out.

Hey did you know originally the skeksis were supposed to speak their own language. Apparently it was all dubbed in and everything but it was a disaster with test audiences so they went back and redubbed with English words.

Dashell said:
Wow, I was slightly older. Honestly I didn't really understand the plot until I was older, but I just thought everything looked so damn cool. Except Ogra... she freaked me out.

Hey did you know originally the skeksis were supposed to speak their own language. Apparently it was all dubbed in and everything but it was a disaster with test audiences so they went back and redubbed with English words.

Click to expand...
Yeah they also added the narrator and Jen’s inner monologue. The movie was mostly silent or gibberish. I made a fan-edit that removed the narration and the inner monologue (it’s LEAGUES better) but sadly there’s no way to restore the skeksis language.

I’ll hold back on watching the trailer, I want to save the delicious eye candy for my binge-watching session. I’m gonna drive down to the states and watch it with my sister — as kids, she always wanted to watch Last Unicorn (I was afraid of that movie and she inexplicably wasn’t) and I always wanted to watch Dark Crystal (she was afraid of that movie and I inexplicably wasn’t) so we mostly compromised on Disney movies but every now and then we’d be brave enough to watch one of ‘em.

Henson is smiling from his grave.

I had two big fears: that it would lack imagination, and that it would be overly reliant on CG. My first fear didn't come true! It's quite imaginative, and the story is pretty good.

....Almost every shot has CG in it, and way feels like 10- 30% of each episode is pure CG. It relents a little after the first couple of episodes, but by that point they'd really alienated me. It's like... did the producers not know that mixing animation and puppetry doesn't look good? And once they saw it, couldn't they just ease off a little bit? The tongues.... the poorly animated tongues... And CG-ing landstriders is like salt in the wound. Just don't show them, bro. It hurts me to see them so abused.
Last edited: Aug 31, 2019

I tried watching it

I had to quit halfway through, the animation and the character models were freaking me out.

#25
This was a nice adventure.

I've only ever seen the original 1982 movie once, a few years ago. I remember it being slow, meditative and somewhat melancholic. This Netflix show is refreshing in how it's blooming with culture and civilization. The faster-paced storytelling also helps.

Had a great time spotting- and looking up familiar voices.
Eddie Izzard was a wonderful surprise! And who'd have thought Andy Samberg "I THREW IT ON THE GROUND!" would appear in this!
You must log in or register to reply here.
Share: Facebook Twitter Google+ Reddit Pinterest Tumblr WhatsApp Email Link
Top Bottom