The Wicked + The Divine [image] 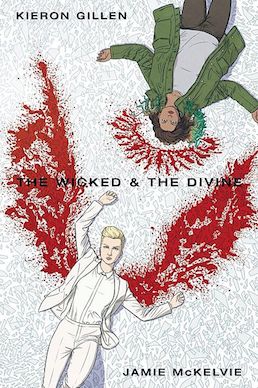 Every ninety years, twelve gods incarnate as humans. They are loved. They are hated. In two years, they are dead. The team behind critically thermonuclear floor-fillers Young Avengers and PHONOGRAM reunite to start a new ongoing superhero fantasy. Welcome to THE WICKED + THE DIVINE, where gods are the ultimate pop stars. But remember: just because you’re immortal, doesn’t mean you’re going to live forever.
Click to expand...
Summary on the back of the graphic novels:

Every ninety years twelve young gods return as young people. They are loved. They are hated. In two years, they are all dead. It's happening now. It's happening again.
Click to expand...
From Wikipedia (which gives you a better idea of the overall plot):

The narrative follows a young teenage girl, Laura, as she interacts with the Pantheon, a group of twelve people who discover that they are reincarnated deities. This discovery grants them fame and supernatural powers, with the stipulation that they will die within two years – part of a ninety-year cycle known as the Recurrence.
Click to expand...
Discovered this series in the bookstore and it's always caught my eye, mostly because of the title and the color cover art. Finally grabbed the first volume the other day and started reading it on break. Borrowed it that night so I could finish the volume at home and went back the next day for the second one.

I've gotten a good impression so far. The fact that many of the reincarnated gods are from different mythologies is definitely intriguing, and that many of them are popstar celebrities is a cool concept I can live with and not find too cheesy. Reviews are mostly positive about this series.

I'm only into the 2nd volume right now, and I'm loving it. Has anyone else here read it, or want to give it a go?

Iiiinteresting! Kieron Gillen is friggin' awesome, so I may have to give this a look at some point.

#3
Comic Book Girl 19 gave this a good review, if that means anything.

X-SOLDIER:76 said:
Iiiinteresting! Kieron Gillen is friggin' awesome, so I may have to give this a look at some point.

Click to expand...
I just finished Volume 3 yesterday; Volume 4 won't be released until October, I may start hunting down individual issues to get my fix.

The art is fantastic, and their use of color is excellent. It's one of the most colorful and well-drawn comics I've seen lately.

All of the issues in Volume 3 were done by different artists (with the exception of a few pages) so it was kind of jarring to see some of the characters drawn in a different style than what we've previously.

Without going into spoilers, the story still holds up through three volumes, so it's safe to say I'm hooked. I may even invest in the big hardcover version of Volume 1 somewhere down the road.

But that's all I'll say for now. I'm sleepy and can't string anything more coherent together. But I highly recommended it!
Last edited: Oct 12, 2016

Volume 4 of the series was released October 4th... Of course I have it on my shelf already. 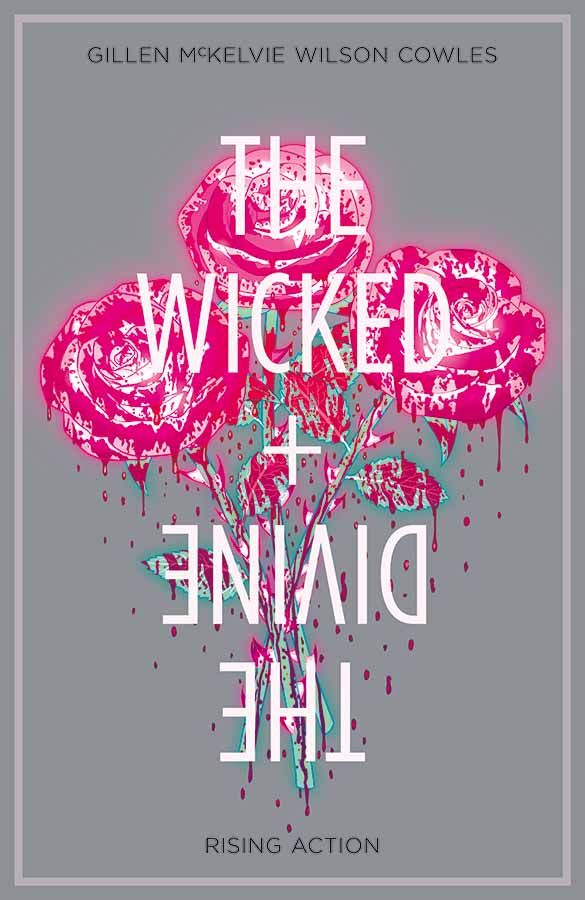 It doesn't include the oneshot that was released on 9/21 about the Pantheon in 1831.

Some of ya'll need to jump on the bandwagon with this comic. I guarantee you won't be disappointed.

I've been eyeing this, and they're in bigger collections on ComiXology, which is helpful but also means it'll probably still be a little bit before I can jump into it all. I'm working on clearing out a bunch of by comics backlog before diving into something with a big number of issues.

Found a lovely post on Tumblr the other day; it's a comparison of the gods of the current Pantheon and the singers they were based on/inspired by.

Seriously guys, if you haven't given this series a looksie yet, please do. The cast is incredibly diverse and the story leaves you wanting to know more. Still planning on looking into this as soon as I get caught up on the comics and things that I am still very very behind on. Sorry for taking >9000 on getting around to it.

Dude you're fine. Lord knows I've falllen behind on quite a bit of comics too. The current arc in WicDiv is almost over though. Can't wait to see what's gonna happen next.
You must log in or register to reply here.
Share: Facebook Twitter Google+ Reddit Pinterest Tumblr WhatsApp Email Link
Top Bottom