I wouldn't mind having something with the logo/image on the back since I always have my back turned to the world.

I've always said to myself that if I'd ever attend a big TLS meetup (beyond the... four or so? individuals I have met up with so far), I'd bring TLS T-shirts for everyone to wear, with a big cookie monster on it because it is know the cookie monster is better than the double-F-slash-logo that nobody actually recognises from the game unless it's pointed out to them

I always thought it was some Geostigma symbol or some bad tribal design lol.

Had no idea it was supposed to be 2 F's

I thought it was meant to be more a symbol for VII since it has seven lines in the design and doesn't appear in later FF's. I remember reading that somewhere, but fuck if I remember now.

Also, I'm sorry, as much as I love the forum, I can't spend 30 dollars on a t-shirt with a logo on it... can we think a little more thriftily here Pix?

(I think I was a jew in a previous life.)

I might spend that much for a shirt with the TLS logo, but this guy are sick is a touch esoteric for a fresh parent to drop that money. Though I might get the mug and use it for hot chocolate when I get a cold or something (cause that would be hilarious).

Anyway, I like the Lifestream.net's logo shirt, it looks nice. I wouldn't be able to buy one because I need different kinds of clothes right now, and on my dinky budget, I have to be picky.

Why are tshirts so god damn expensive? I can buy 12$ shirts off a website with cute little Pokemon designs an such, and even then I'm like "I dunno man."

I raid the clearance rack at Walmart

I buy shirts for $1 at the swap meet. XD
I sure wish I could just get some printing materials....

Actually....
I'll be on my art supply site for a while to see what I can find...

#61
If there was any real interest in the shirts, I'd look into cheaper alternatives that do bulk orders. But I know it would turn out with me ordering them, then nobody actually wants them.

^ Yeah, that. And selling shirts that just say "TLS" or what have you is rather specific for members of this site. I'd buy one myself, but I don't know how many random visitors would be inclined to do so. (Well to be quite frank, probably none).

I would be totally on board with selling own stuff in my own name and donating proceeds to the site or using proceeds to buy prizes for member contests. I'm not an amazing arteest, but I think I'm capable of creating decent store-worthy things. Granted I'm not filthy stinking rich either so I'd have to do something small-scale like keychains or coffee mugs n' whatnot.

I still want a navy crew-neck t-shirt with the site logo on it if that could be a thing. We could give them away to donors who make a large donation too. Just a thought there.
What about pin badges?
Actually doesn't Universal Dark make shoes with fan art on them? Maybe she can offer some enlightenment as to the legality of intellectual property?

Anyone have any experience with these? If not, I'll look into them.

Mage, I think giving stuff to donators for their contributions is a good idea, since I myself can't even manage to get to the checkout screen on Pixel's Redbubble on account of how much those things cost.

In that regard...
I do think that with thorough interweb research, and/or some commitment and creativity, we can come up with or create decent gifts and giveaway items to be used 'round hur. Flare's clay work is actually really inspiring and I think something like that would make a perfect giveaway item. Plus, since it'd be a giveaway/gift/no monies involved, (someone correct me if I'm wrong) we can fashion them as Moogles or whatever else.


If the store thing doesn't work out, we could also have plushie giveaways for competition winners (if our resident plushie expert would be on board, that is

I'd be happy to crochet a Moogle hat for a prize since they look like koalas anyway. It'll take about two months though, I haven't picked up much speed since I learned.

On the note of legality, it's amazing that even though it isn't legal to sell fanart stuff, I find so many people doing it, and some are popular artists as well (like a woman on DA and facebook, she sells NSFW fanart all the time on patreon, and she's very well known).
But I know it's respectful to not sell stuff like that; sometimes I really want to, but then I have to look at myself and decide if I want people to know me for fanart or know me for the things I create that come from within myself.

Anyway, giveaways sound like a cool idea. I heard ma name mentioned so I flitted over here to check it out.

So if it's okay to do fanart for free, than fanart giveaways from the artists on here, if they agreed to it, would be cool, but only for other members or something maybe?

Also, the idea of our original artwork being sold in collaboration with the site, with split proceeds or something, could also be a good idea. And that could be for members and non-members alike.

Hi I've been away for a week. Is there a TLS store link I can start shooting at people on Twitter and where do I get my free staff t-shirt?

You'll get a free shirt once the site breaks even,

But TBH I got totally hammered yesterday and I didn't completely wake up today until 2pm. So...I'm still working on this... 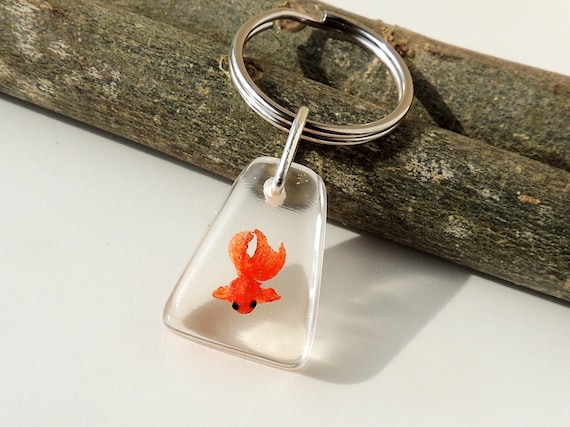 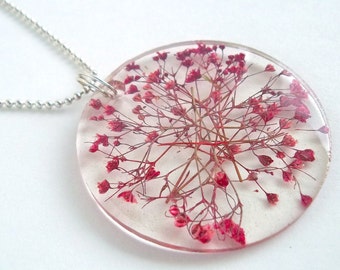 I think I could whip up some resin keychains in bulk with relative ease and I don't mind investing my money in it since....well I probably would anyway. I could sell these in a store or (if they turn out halfway decent) we could use them as giveways. They'd be small enough not to murder me with shipping costs, I think.


The mold is for making chocolates but it's the best *basic* mold I could find. I only purchased 50 key rings to test the waters. I'll pick up the resin at Home Depot this week. All together this little endeavor will be less than $40 (and it's only that much because the resin isn't cheap, but I was going to buy resin for myself anyway). Not bad, I say, not bad.

If everything doesn't blow up in my face I can set up a store (myself, separate from here) and donate % of proceeds to TLS (or set it aside to buy a really awesome giveaway gift). We can also use these keychains as giveaways for forum contests.

I guess I'll determine the pricing after I evaluate how decent they are. I think $5 is fair for something like a keychain. Hm...I'll probably go through shipping estimates at work this week since that's what I do at work anyway.

EDIT:
I also don't really care about making my money back but when it comes to shipping I honestly don't want to pay for it since it adds up. *works at a warehouse, shipping stuff n things all day*
As I said, I'll figure out the pricing in a bit.

I forgot to mention that I already have an Etsy store, which I'll probably just continue to use. I trust the site, etc..

^When it comes to pricing, just make sure you're fair to yourself for the time you put into it. ^,^ Don't shortchange yourself!

Not like I'm saying you should charge $100 per keychain, of course.

Just don't charge nothing (unless you want to)

^ I'm going to have to have a sit down and calculate the average shipping cost plus the material cost per item. I think I can determine a fair price based on those two factors. As for the time involved, if I'm not doing this, I'll just be sitting around with my thumb up my butt anyway so I'm not overly concerned about making a profit for the time spent.

I'd probably divide the earnings half/half (half to replenish my art supplies and half to put towards forum purchases). An example that I farted around with:

If 1 keychain sells for $7.50 and ships in a regular envelope, I'd deduct about 0.50 cents for shipping. (I intend to make them flattish so they can ship snail-mail). So I'd have $7 to split betwixt myself and the forum.

Selling 10 keychains would put us at $35 (which is enough for me to purchase about 16-32oz resin) and it'd be enough to buy a small prize like a plush from the Square Enix store.

One thing I've yet to figure out is international shipping. We've got members here all across the globe and shipping a trinket from here to (basically anywhere that's not the continental US) isn't going to work.

Any thoughts on this?

#75
Well, I haven't made a single sale, despite the good reaction about the This Guy Are Sick shirt, so Im not confident about clothing sales doing much. Certain translation and other projects, I'm just paying for myself. Hopefully youtube revenue will start helping with that
You must log in or register to reply here.
Share: Facebook Twitter Google+ Reddit Pinterest Tumblr WhatsApp Email Link
Top Bottom