I'm determined to finish the game today because I am losing interest fast.

Losing interest? I can't even comprehend! In terms of story I think it trumped Asylum and City (but Origins is still the best story this series pumped out, and Asylum is the best game.)

The Henry Adams stuff was particularly cool, and the Easter Eggs were the best yet (seen John Jones written on the GCPD roster? Ooooh yeah.)

Bring on the Matter of Family DLC already!

Big time disagree. Origins is a decent enough game but not in the same league as Asylum and City, critics and gamer consensus agree on that. City is the best one, best story, characters, gameplay, no contest.

I wasn't able to finish the game yesterday but I'm close. I'll post my thoughts on it once I do but there's quite a few things I really disliked about it the Batmobile.

Haters gon' hate. City opened things up a lot and really captured the feel of Batman being able to glide around and take on groups of thugs at a time, but nothing has yet recaptured that really sinister, almost foreboding atmosphere of creeping around in the Asylum's twisting corridors, discovering all its dark secrets. That sense of isolation was really good, I thought. Reminded me a LOT of Metroid, and that ain't a bad thing. Where the series went after that was a natural progression, but nothing will beat Asylum for me.

I could take or leave the stories from those games though. Nothing did anything particularly new with the characters, although City definitely tried to push things in a direction that nobody's really gone for. I stand by my statement that Origins is the best story yet. All of Bruce's dialogue with Alfred, and especially exploring the foundation of Batman's relationship with the Joker, it's just too well written. And that's without Paul Dini! Origins is the worst game in the series, by far, but goddamn if it ain't the best script!


So, given all of that, I'm really curious whether or not this new Nightmare Batman from the 100% ending is the same thing that Bruce started to make himself into when he used Scarecrow's fear toxin against him, or is this something totally new that's risen from the ashes like a Batman Beyond type incarnation of the Dark Knight?

(Either way, I need that Nightmare Batman that Scarecrow sees to be a playable skin because of reasons) 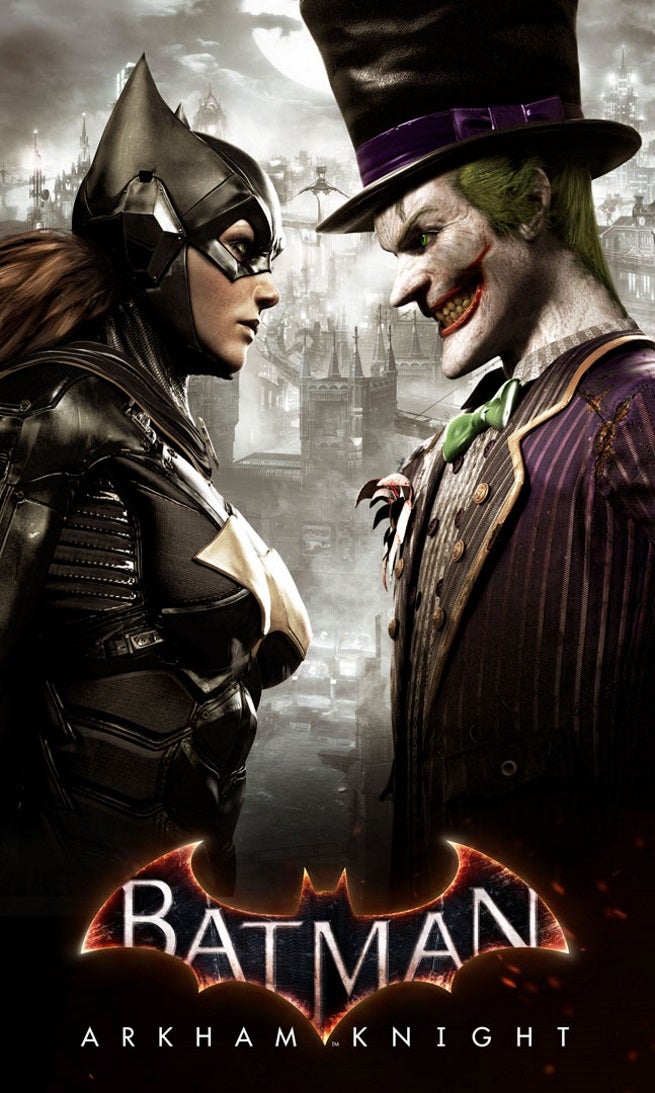 Chances are good I will wait for the entire DLC to be bundled in a GotY edition or something before I try my hand at this game (and at buying a PS4).

Oh by the way, does this have an "I am the Night" mode? If so, can you still fudge on save reloads? 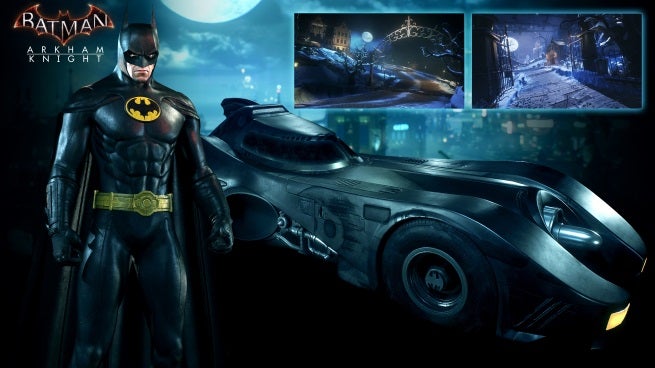 Curious what you guys think about this article: http://www.giantbomb.com/articles/superheroes-cities-and-empty-streets/1100-5241/

I think they're asking too much of games right now to do the civilian bit.

Even something like Lightning Returns, while it did have a certain level of situational depth, a lot of awkward moments were placed in the game where characters are either getting in your way or walking in to you, or what they have to say is just a joke or game hint.

At most you come across 1 or two major cities in any RPG with a ton of civilians in it.... beyond that they take up space in the game that detracts from the goal of the game itself, to entertain.

Maybe in the future when higher levels of interaction are possible... but right now a game like this still struggles to add things like older maps from previous games in representation.

I've been meaning to upload this but when I was doing my Arkham Knight playthrough, I accidentally found a different way to complete the second Riddler challenge:

Inorite? The funniest part is that the devs were prepared for something like that.

The original two (Arkham Asylum & Arkham City) are getting remastered for current gen with all their DLC. I'm strongly considering getting this.

I bought them for PS3 ages ago and never got around to playing them. Guess I might do now for current gen.

Yes please. Both of you.

Yeah I have some for the PS3 too, never did finish er, Arkham City. not sure what's up with it. Open world games? idk.

I am REALLY curious what territory this is going to cover, since it's looking like it's set in the Arkham-verse.

#149
So, I eventually made my peace with the fact that I wasn't going to buy a PS4 any time soon and Youtubed a playthrough of Arkham Knight

I had some essentially... well, ideological, issues with the storyline, but it's still a great game.


While he was excellently used, I wasn't very keen on the game being about the Joker again. Scarecrow can be scary enough on his own, done right, everything doesn't have to be about Mr J. That song did make up for a lot, and Mark Hamill as always made the best of the role. They already did the 'main villain is really the joker' in City and Origins, they didn't need to do it again, although most of the hallucinations were brilliantly written.

Loved everything with Henry Adams et al, that was brilliant and snuck up on me.

Arkham Knight was of course Jason Todd, literally the first person I thought of watching the first trailer. But the games have to work for people that don't read the comics, so that was fine. Disappointing bossfights overall.

Also instantly assumed 'fear toxin' with what happened to Barbara, and was kind of surprised that Batman didn't raise the possibility. It's even happened to him before back in the asylum.

Even without actually playing it, the Batmobile sequences seemed too be too prevalent. I get that when you make a mechanic, you want people to use it, but that thing with the bombs seemed like it would get very dull, very quickly. Most of the side missions seemed like they'd be pretty great, though

Just like with all of its sequels, Arkham Knight had a huge Arkham VR Easter Egg hidden in it: http://kotaku.com/rocksteady-hid-one-hell-of-an-arkham-vr-easter-egg-in-a-1787924254