Black Panther is currently at 100% (avg. rating 8.6) on rottentomatoes with 51 reviews. 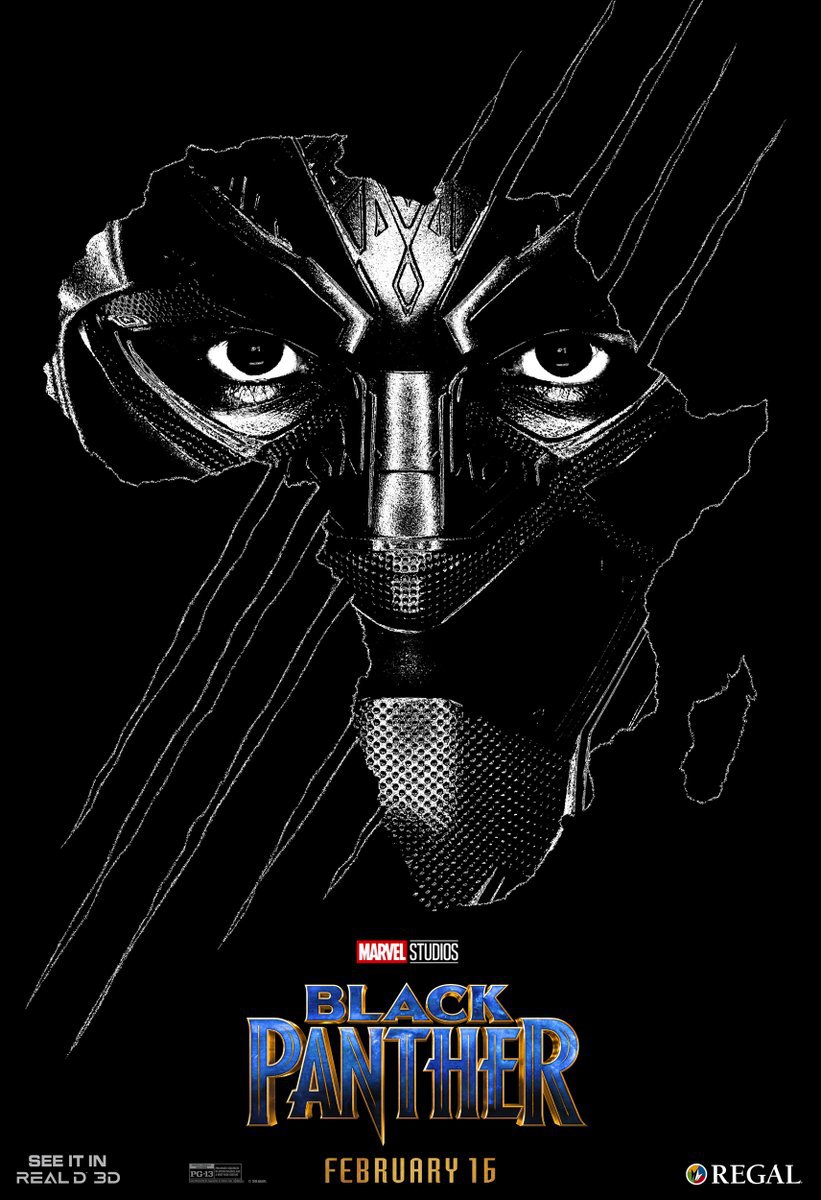 I keep hearing vague pseudo-news that black people are going to obstruct white people wanting to see the film. I think whoever is spouting this crap (and the token black comic book hero comments*) seriously underestimates the geek hype for this. I'm fuck annoyed that it's being talked up as a race issue over a solid addition to Marvel's movie library.

EDIT: just waiting for one of the more hard core comic book fans to extend that list by 9000.

Can't find anything; that's the thing. It's all word of mouth stuff so I'm filing it with Muslims trying to get Peppa Pig banned.

Mage said:
EDIT: just waiting for one of the more hard core comic book fans to extend that list by 9000.

Click to expand...
It could certainly be extended by a lot, even sticking just to Marvel (Falcon, Luke Cage, Cloak, Prowler, etc.), but I'm actually going to have to shorten it by one since She-Hulk is a White girl.
C

#58
Back. Very good film. My favourite since Avengers 1.

So Everett Ross was CIA all this time? That makes every authority figure behind the Sokovia Accords an American. Enjoyed him very much in this film, though.

Klaue is fun even when massively outgunned. I'll miss him.

Wakandan civil war racked up some serious casualties. I'd prefer if both bodyguard units split amongst themselves rather than one against the other, but I suppose they had to be visually distinct.

Was Killmonger going after the Sorcerors? I mean, London I get, but Hong Kong and New York are not centres of power, unless you're going after Doctor Strange.

The Twilight Mexican said:
Mage said:
EDIT: just waiting for one of the more hard core comic book fans to extend that list by 9000.

Click to expand...
It could certainly be extended by a lot, even sticking just to Marvel (Falcon, Luke Cage, Cloak, Prowler, etc.), but I'm actually going to have to shorten it by one since She-Hulk is a White girl.
Click to expand...
OMFG who the fucking fuck was I thinking of?! I've done myself a confuse here.
Also shitbiscuits I clicked the spoiler tag below. FUUUUUUCK.

Saw it last night, and quite enjoyed it. I think I'll need to see it again to properly wrap my head around it, since I was a bit tired and overly-analytical of the beginning.
A big part of Wakanda existing is how it's kind of a problematic place given that they're super advanced and helping no one, and they managed to address those beats really well such that I want to go rewatch it through that lens of awareness.

Saw it yesterday, was pretty good. Probably the best Marvel villain yet, well acted and with a motivation that makes you think "you're not wrong, you're just an asshole"

Quite enjoyed Shuri's character as well.

Was a little checked out for the finale though because it's your average CG brawl with rubbery weightless acrobatics.

Oh yeah, I also enjoyed the music quite a bit. Gonna hit up that score album on Spotify.

Best Marvel movie so far. Best comic movie period, bar Logan. This is exactly what I wanted from a Black Panther movie.

Literally my only complaint is the armored rhinos. A little too much stereotypical African exoticism for my tastes. Aside from that, this movie was perfect.

#63
I thought it was very good. It was exactly a Marvel movie in most respects, so nothing "unexpected" in that regard (which is not a complaint, just an observation), but I enjoyed it

#64
Saw this last night. It was awesome!

Tennyo said:
Saw this last night. It was awesome!

Very sympathetic villain, too. I actually really enjoy villains more this way versus just simply outright evil.
Click to expand...
I could understand sympathetic if he didn't murder his own allies to get what he wanted, and I don't mean Klaue. I mean the lady who was explicitly in love with him and working with him because of that.

Also his plot was basically transferrence of vengeance from T'chaka to the rest of the world, and his goal was to repeat what he saw as the sins of the rest of the world but with him on top. You can understand why he's a broken man, but I don't think he's quite as understandable as Magneto (who despite the meme, is not right. Has some valid points mind, but isn't right) given Magneto's trauma was personally experience, repeated and directly because of his heritages, feeling that his tactics were the only way to ensure survival for his kind.
This Erik chose the tactics he did specifically because he wanted to destabilize the world, to fuck it over, not realizing that those would very quickly lead to even more death and destruction for those he saw as his people, especially those in Wakanda.

I also don't understand why T'challa didn't tell his best friend that Killmonger was the one who rescued Klaue, there was plenty of time both before and after he showed up.
Granted, this gets into the common superhero problem of "what is telephone" but it could have stopped him from turning turncoat in the final battle, though he was always a bit warmongery.

I did like what they did with Klaw and Erik Killmonger, given that a being of literally pure sound and a man with the last name Killmonger were just a smidge too silly for the MCU's earth.

And as for what Genre they were pulling from this time? James Bond films with a bit of shakespeare.
Not my favorite nor I think the best MCU film, but very good overall.

Black Panther has become the third highest domestic box office title. As well as the overall third highest grossing MCU movie (behind Age of Ultron and The Avengers respectively)

It's #34 when adjusted for inflation which gives a bit of a better picture of where it sits.

#73
Actually interesting that
we finally got a superhero that doesn't quip.

Clement Rage said:
Actually interesting that
we finally got a superhero that doesn't quip.
Click to expand...
I dunno,
there's another one that SMASHES

#75
Cthulhu said:
Clement Rage said:
Actually interesting that
we finally got a superhero that doesn't quip.
Click to expand...
I dunno,
there's another one that SMASHES