#176
Clement Rage said:
To be fair, even the buggy version is a fantastic game.
Click to expand... 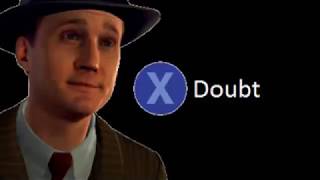 Partially true, the PC version of the game is fantastic by critics, the console version is where is not.

Honestly despite everything I'm actually still pretty interested in this game. I just don't want to touch it until it's not a horrible broken mess with missing features.

#179
Odysseus said:
Honestly despite everything I'm actually still pretty interested in this game. I just don't want to touch it until it's not a horrible broken mess with missing features.
Click to expand...
saame.

#180
Odysseus said:
Honestly despite everything I'm actually still pretty interested in this game. I just don't want to touch it until it's not a horrible broken mess with missing features.
Click to expand...
You know things are concerning if even Mr. FOMO can wait

ForceStealer said:
You know things are concerning if even Mr. FOMO can wait

Click to expand...
If Clud was haphazardly slapped into the game, it would be a different story lol
C

#182
I'm playing it on PS4. I broadly don't care about visual glitches, characters occasionally rollerblade into a scene instead of walking, or get stuck in cars, but no fatal glitches yet. Some sidequests glitch out, but there's so much content it doesn't matter.


Two of the boxing minigames have glitched out, meaning I couldn't lose. Buck worked, but was only difficult because I'm bad at games.


I lost the third race, but it glitched out so Claire got stuck in the van and I couldn't progress, so had to reload and win it.
Usually what happens is I sequence break by accident, and then the system can't figure out what my next objective is.


The quest map got stuck at the Red Queen's race, so I know I have to go to the Perelez's apartment, but have no idea where that is, because the map won't show me.
A couple of the cyberpsychos glitched out, there's one I went away from without searching properly and now can't find my way back to, because the icon is gone. Another one seems to be done but the quest won't close.

I knew what I was getting going in, but so far it's totally worth it.

This quest also lampshades how insane it is that V is willing to do all these insanely risky things for random strangers, the RPG protagonist mindset... but it's kind of justified because he knows he has nothing much to lose by this point, and it also seems to be setting up a romance. Panam is nice, but I'm holding out for a moment that isn't horribly inappropriate.
Please do not confirm or deny any speculation.

#183
Odysseus said:
Honestly despite everything I'm actually still pretty interested in this game. I just don't want to touch it until it's not a horrible broken mess with missing features.
Click to expand...
This is all I'm gonna say about the game. I got it when it came out for PS4, obviously not knowing beforehand that it was a pile of bugs that had compressed themselves into a shambling approximation of a video game. I soon discovered that for myself.

Despite the game crashing multiple times a session, I soldiered on, enjoying the beautiful shiny lights of Night City, and the weird Blade Runner-esque vibe (which is probably what drew me in from the outset). I kept playing through the story, just waiting for the game to get good. But it never did. The game is just... meh.

I feel too much focus is on the bugs and not on the game itself. I dislike CP2077 not for the unintended problems it suffered, but for the deliberate, terribly executed design. What CDPR promised and what they delivered aren't just different, they're not even in the same ballpark. It was marketed as an open-world RPG, wherein your actions would have lasting consequences. Instead we got a single-storyline action game with lame, repetitive sidequests.

One day after rebooting from yet another crash, I thought to myself, "Why am I even playing anymore? I'm not having fun." I was just playing through in order to finish, not because I was enjoying the experience.

At this point, even if they fix every single bug, I still wouldn't play it. This is like Destiny all over again: promise a completely novel game, deliver a disappointing mess that can never truly be fixed.
Last edited: Apr 21, 2021
C

#184
That may be the difference. I knew going in that it was going to be buggy, and hadn't seen any of the marketing. I'm here for the depth of worldbuilding that comes with a longrunning rpg setting. I'm loving the more old fashioned clunky game design you don't get in more polished offerings. I didn't know it was an RPG setting at first, when I heard that I was more or less onboard.

Games have been marketing themselves as open world games that have lasting consequences for a long time. Has never been true yet. This is one of the most realistic cities I've ever seen in gaming, buggy NPCs aside, and my 'fake realism' alarm isn't going off like it does in RDR or TLOU. And they're going to a lot of trouble to be diverse in a way that seems natural.

I will grant you that it gets pretty tropey, but there's nothing actually wrong with using tropes well.

Edit: In the middle of the last boxing match. It's glitching to make me invincible, so this is gonna take awhile.
Last edited: Apr 25, 2021

Bonuses between employees and board directors.


That was fun. Netwatch guy was suitably scary, and Johnny's actually growing on me a bit. He's a ginormous prick, but has his qualities too. I was a little dubious about this plot because I've seen it done poorly before, but its better executed here, because Johnny isn't constantly in the way of other things that are happening, he stays relevant and hasn't yet had so much dialogue that I got sick of him.

When this quest started out I was actually expecting the physical body ofJohnny Silverhand to be leading the gang, but I was wrong.
I was a bit sad when I got the trophy for completing them, because it spoiled that there wasn't any more. One thing I'm really appreciating here is that even though the setting is dystopian the writers know that doesn't mean that every questline ends in catastrophe, or that everyone but V is helpless without him.

The corps are powerful, but not all powerful, and V's not the only one that knows how to play the game.
I figured out how to progress 'I fought the law' and was expecting a development in that case, but it turned out to be a completely unrelated kidnapping. I remain puzzled as to what the hell this guy is getting out of putting all these teenage boys in a milking parlour. Think River may be hitting on me, was wondering if we would get a male love interest.
[/spoiler]


Lost last race, had no interest in Claire's revenge. You lied to me so I lied to you. She's no longer talking to me, which I'm not sure is a glitch or by design.
Seems we're doing a lot of revenge quests,or lack thereof. Kind of refreshing that Ev was just desperate rather than a mastermind, it's actually kinda refreshing. Did beat up Woodman, but more on general principle than for Evelyn's sake.
C

I love how the game has consequences for using video game logic, making stupid decisions has stupid consequences.


Apparently, letting Johnny loose in a bar would immediately cause him to get drunk, start bar fights, and seduce random strippers. Gee, who could have predicted that? Well played, game.

Also trusting the suspicious guy with the experimental BD gets you waking up naked in a scav den. You've got to start thinking like a real person, as well as the occasional sidequest you can actually fail to keep you on your toes, without being unfair.

I've notice sun glare at viewing angles are horrible, for instance, if you are inside looking out a door at enemies, the sun is so bright you can't see them until you step outside, or for instance, I am taking my beasty for a spin, at a level viewing distance I can't see a thing I have to look up or down to get this sun glare out of my view. Does anyone experience this too?

Dfantasy said:
I've notice sun glare at viewing angles are horrible, for instance, if you are inside looking out a door at enemies, the sun is so bright you can't see them until you step outside, or for instance, I am taking my beasty for a spin, at a level viewing distance I can't see a thing I have to look up or down to get this sun glare out of my view. Does anyone experience this too?
Click to expand...
Which platform are you playing on?
C

#190
At least once I couldn't read an in game computer screen because of glare, but didn't notice much otherwise.


Oh, immediate regret the second I picked it. When I wanted help from the nomads I had in mind smuggling me out of the city when Arasaka inevitably betrayed me, not storming the tower and being slaughtered.
On the other hand, technically they didn't actually betray me. Hmm. Interesting.
Playing on PS4, I found this a very impressive game. I don't care about visual glitches, I care about storytelling, and I never found a glitch I couldn't solve by reloading until the ending credits (by which I mean that they repeatedly crashed).
Any time I sequence broke, the game had trouble handling it, there was one mission where I had to deliver someone's kidney, and instead of killing the pursuing police I drove away . The dying man then wouldn't accept his kidney until I went back where I found it and killed a bunch of police.

I missed one cyberpsycho, and I don't know if that's a glitch or me not being good at adventuring.

I do care about the crunch, but so far it seems like CD are no more abusive than every other company.

Game is silently back on the PS Store after being delisted for 6 months.

Lulcielid said:
Game is silently back on the PS Store after being delisted for 6 months.
Click to expand...
The game cant be bought, yet. But if you did before the delisting you can redownload it.

Yikes, I didn't even know they pulled it in the first place.