#51
A brief fangame found inside Yandere Simulator. Skip to 2:01 for cutscenes.

SENPAI ILL NEEDS A GIRLFRIEND SUCH AS YOU

#52
For whatever reason I decided to upload this to my main YouTube channel rather than my second one.

This is from the American PS2 version. This is the only hidden room I've been able to find and it has the room value of "0" (zero). The game hasn't been researched much for hidden/unused content, so I can't speak for what may or may not be in the Japanese, European and/or Xbox versions.

Nice!
Why do I find Hector running in nothingness relaxing?

Simon and Richter are echo fighters—they both have the same whip-based moves and techniques. Castlevania antihero Alucard also joins the game as an Assist Trophy.

- Kotaku
Click to expand...
I enjoy Shesez's posts about this

Shesez said:
- Reunited and it feels so good 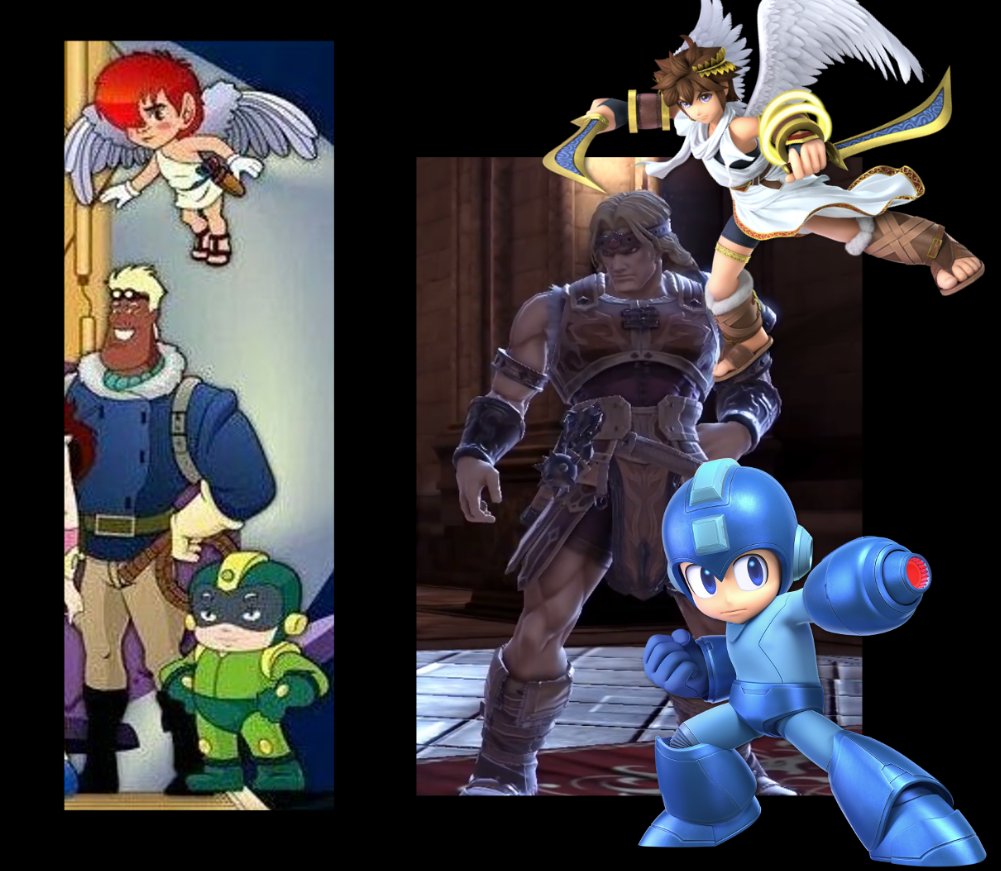 Twitter post
Click to expand...
Shesez said:
Really happy with Simons design. It feels as though they took special care to give him a more european look. Meanwhile Richter has the anime-esk design in the face and what not that we saw a lot more of in later Castlevanias.

Maybe im crazy, but i sense a compromise here

#56
@hito
The second game in the series is Castlevania II: Simon's Quest. You will not be able to finish that one without a guide. Next comes Castlevania III, which is leagues more difficult than the first Castlevania game but it informs you slightly about what the Netflix show is based on. After this came Super Castlevania IV for the SNES. Beyond this point the games are no longer numbered.

Because the titles are mostly disconnected from each other storywise, the order in which you play them matters very little. The question becomes rather which type of gameplay, or which part of the franchise's "legacy", you wish to experience. I would recommend that after Castlevania 1 that you check out Super Castlevania IV, which is essentially a remake of the first game but with easier gameplay (in a good way).

Because of how important Castlevania: Symphony of the Night is to the renewal and revival of the series, I'd recommend that game once you've cleared Super Castlevania IV. Make sure you play the English PS1 version of SotN for that delicious voice acting!

#57
I managed to hack Castlevania: Lament of Innocence so that the Memorial Ticket teleports the player character to any room of my choosing. There doesn't seem to be any wholly unused rooms, at least in the North American version of the game. There are three areas normally only visited in cutscenes. Using the Memorial Ticket cheat I can visit these areas. Cheats are also used in the video below so that Memorial Tickets and MP are not expended.

Forest Path - Zone 556 (Or World 4, Room 2)
Normally only seen when starting a new game. If you run too far beyond the trees, you'll fall off the edge and into the dark abyss. The two gateways lead to the two ends of the Castle Entrance area, aka Zone 554 (World 4, Room 0).

Rinaldo's Backyard - Zone 558 (World 4, Room 4)
The gravestone is already present even if you teleport here at the very start of the game. I have not found any gateways. There is a pathway that circles Rinaldo's shop/house and backyard. Once you enter that pathway, you can't return to the backyard. If you jump too far out while on this pathway, it is possible to fall off the edge.

Destroyed Castle Entrance - Zone 559 (World 4, Room 5)
Only briefly visited after defeating the game's final boss. Roaming it we can see that the skybox is incomplete. In the endgame cutscene, the camera is positioned so that you'll never see that the skybox is broken. One gate leads to the unused door inside Rinaldo's shop and the second gateway leads you right into the castle, into Zone 484 (World 7, Room 0) as though the castle had not just crumbled at all.

You can't use the Zone value address (20B5E580) for teleportation. Trying to do so will crash the emulator. It is also a fact that every save room has the exact same zone value: 61. The save rooms are thus distinguished by their World-Room values.

In some cases, the player character will teleport inside a wall but still be able to move. They'll be able to position them inside the current Room and then resume normal play. In many cases however, you'll be stuck in the wall and have to reset the game (or load a save state).


One day I'll acquire- and research the Japanese version.

#58
Boy... That escalated quickly. I mean that really got out of hand fast.

Here I was thinking that Curse of Darkness only had one test room. Not so. Using knowledge I accrued from hacking Lament of Innocence, I was able to find...37 TEST MAPS in Curse of Darkness! Yes, in a row!

There is simply too much to report so here is an image gallery.

Perhaps the most humorous was this one (image turned 90 degrees to make Japanese symbols stand properly). 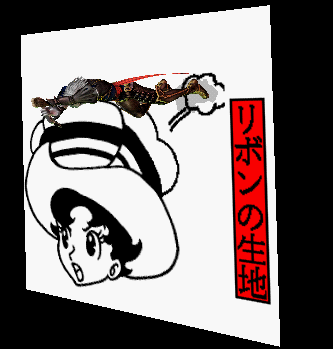 that image is a reference to a manga by osamu tezuka called リボンの騎士 (ribbon knight, knight of the ribbon), except instead of 騎士 (kishi) they used 生地 (kiji).

#62
A pity, indeed. There's really no reason not to include both versions, with the dialogue text adjusting to whatever voice performances (PS1 vs PSP) you have the game set to.

Including both would have been the best choice for sure. Anyway, this had to stay here.

#64
Trophy list for the PS4 version of "Castlevania Requiem: Symphony Of The Night & Rondo Of Blood"

The Succubus trophy name is the best one <3

The morning hype has vanquished the horrible night

#67
Gonna pick up the Anniversary Collection on Sunday. Looking forward to some retro platforming goodness, nice change of pace from all the massive open world stuff I've been getting stuck into this past while

#68
Castlevania: The Adventure is killing me

It hasn't aged well in terms of its gameplay, the wonky jumping is a bit too frustrating.

That said, the soundtrack still gets me hyped and I'm enjoying it overall.

Also, I love Simon's Quest, which is a game that goes out of it's fucking way to frustrate you, so who am I to complain about slightly dodge mechanics? I clearly know fuck all, Jon Snow

#69
Getting some serious Castlevania vibes from these abandoned places 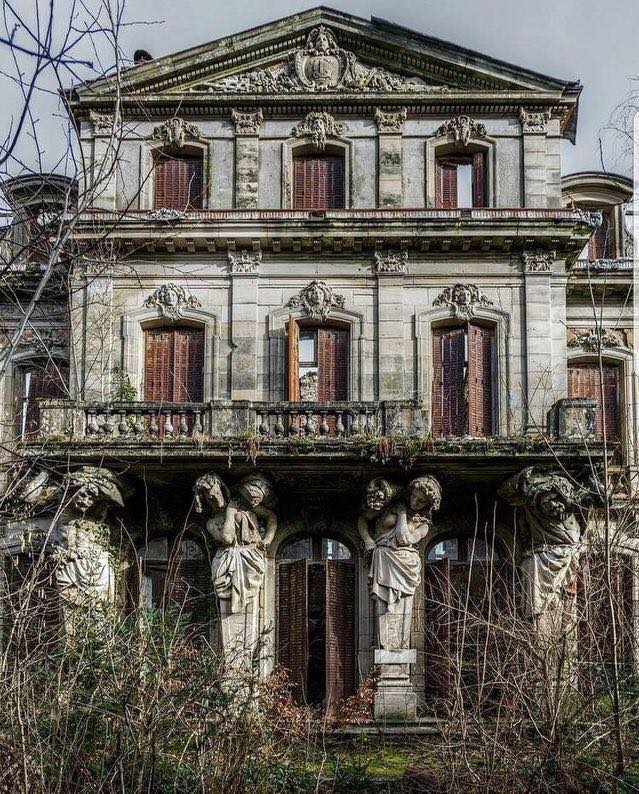 #72
- Prototype build of Castlevania: Lords of Shadow available for download

#74
^They're missing a treat not having TV Series Trevor in there, though maybe he's on the way at some point.