Godzilla Anime (All of 'em)

I really liked the way that they portrayed Ghidorah as a similarly dialed-up-to-11 version of himself, and the way that it tied him in to gravity waves, and even levels of outright reality distortion.

Even if there were some odd bits, I think that it functions really well as a trilogy, and I properly enjoyed the way that they decided to end the series as a whole. Really interesting. Hoping that they come out with a physical release of the three together at some point, so that I can add it to the rest of the collection.

I've watched it. Overall opinion: it'll do. Interesting worldbuilding, but the thing just dragged on. The last entry felt like it was a third of either poorly worded philosophy, or just poorly translated; a third of "WHAT IS HE DOING?", "WHAT IS HAPPENING?", "NOTHING MAKES SENSE", "THE SENSORS AREN'T PICKING UP ANYTHING" level shit, and I guess there were some things happening for another third? It was an awkward, padded mess IMO. Second movie had better action sequences. sequence. singular.

#28
What makes me almost unable to enjoy this uneven trilogy is the ending.


It is very, very difficult for me to read it as anything else but the message being "Growth of civilization is BAD. We need to live close to nature, without technology/gadgets, or else BAD things will happen."
I enjoyed the visual spectacle at times but the writing irked me in each installment. =/

You did at least get a sense of the absolutely epic scale of Godzilla in this version. That was cool.

#29
The Godzilla anime films are very definitely Urobuchi films. Even if it doesn’t click with everyone as a entertaining kaiju movie, I appreciate that it has very distinct thesis (even if it’s not one you might necessarily agree with). Though I do think the story might have been better told as just one big movie instead of being decompressed over a trilogy.

Maybe this could be re-branded as general Godzilla anime stuff.

Coming to Netflix (first in Japan

) on 2021 is a new Godzilla series titled "Godzilla Singular Point", a co-production between Studio BONES (My Hero Academia) and Studio Orange (Land of the Lustrous, Beastars), which are collaborating to combine "hand-drawn and CG animation styles." I am SO very excited for this, and I can totally update the topic title. 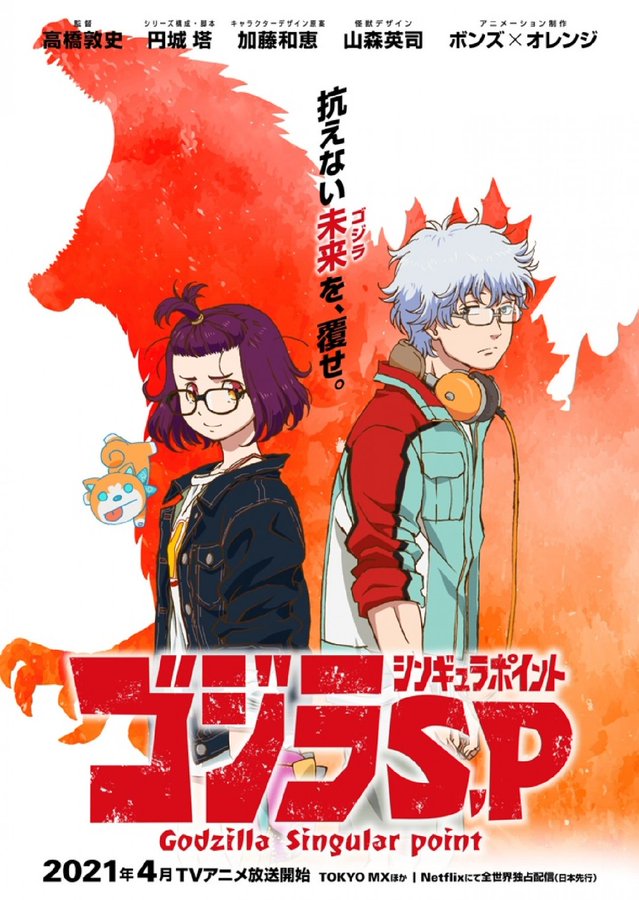 I've gotta say I love the monster designs, and there are SO MANY I didn't expect to see. I'm super hyped to see what this is gonna have in store for us next year.