#76
Speaking of 3, have they started development on it yet? I hope they have. And I hope they include worlds for Star Wars and Toy Story, as those are some of my favorite Disney films.

This look exciting. I must admit to my own shame, I have never completed the original Kingdom Hearts. Came fairly close however. It is a game that I have attempted several times, but then get into another game more, and then Kingdom Hearts gets forgotten. Will likely pick this up, and then finally muscle through it.

#78
If they include Star Wars, it'll be extremely, freakingly ridiculous.

Besides, they haven't released any movie under the Disney banner so it would be silly to do, since Disney did not produce any movie.

Toy Story will happen at some point, since there were plans on it.

So if you want a platinum, have fun going through the games three times in a row.

I suppose the positive side of Disney making a seventh star wars movie is that we can expect a lightsaber keyblade.

Well, they had lightsabers even before acquiring Lucasfilm... 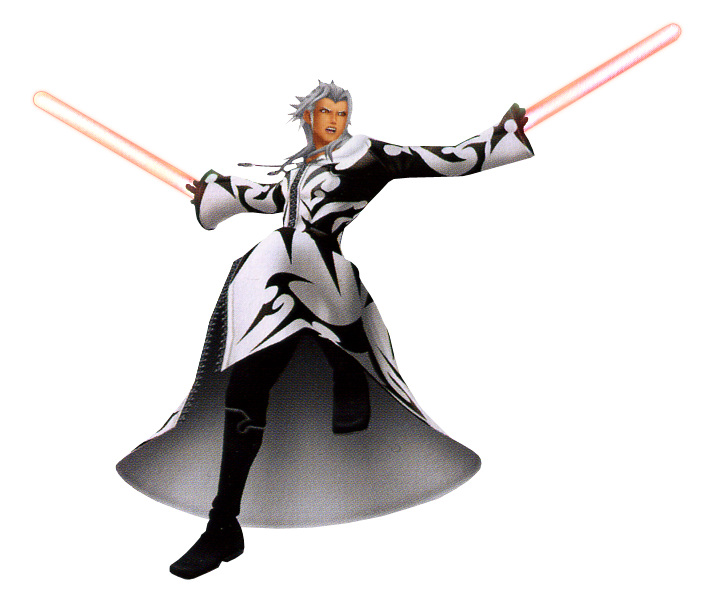 Wow I almost forgot about that. Well then...

So if you want a platinum, have fun going through the games three times in a row.

#84
Who does non-stackable trophies these days!?

Having said that, I had to play through Mass Effect 3 times on PS3 when it came out in December. Time 2 is interesting. Time 3 is just drudgery.

#85
I think it'd be quite interesting, and the Star Wars world would be quite unique in that it would hold several worlds in one. I was thinking that the first visit could be based on A New Hope and the second could be based on The Empire Strikes Back and Return of the Jedi. At the very least I'd like to see Star Wars characters included in KH3.

Interview about the re-recorded soundtrack:
http://kh13.com/news/35571-famitsu-...m-completely-translated-mentions-hd-2-5-remix

I got my copy today, and started playing Final Mix after a little personal debate about watching the Days section first. I am liking the shiny graphics, reaction commands, and nostalgia. Didn't notice the music being redone but it has been ages since I listened to soundtrack.

Have noticed a slight annoyance when the screen changed from cutscenes to gameplay during Dive to Heart, where it seems zoomed in during movies and then there's this jittery flash when it changes back to the game? I don't remember if the original did that but it's a bit jarring.

Also is the lip sync not as tight or is that just me misremembering how good it was?

#88
That comparison image back there was sexy as fuck. It looks damn good. I'm looking forward to the 2.5 release as well. Someone was quoted as saying it would be stupid to do 1.5 without 2.5 so I hope Square Enix doesn't make a fool of itself by forgetting to do that too. It's really the best way to make up for the console slutting they did with the KH series.

also everything is shiny and smooth

This just highlights the disappointment of the cast changes in the English versions.

billy zane return to us

#94
Instead of remakes, couldn't SE put those resources to being more creative and developing new titles such as KH3 for example? It just seems to me that these HD remakes are a result of a lazy and non creative attitude.
I'd give SE props for Deux ex Human Revolution and the new TR, but other than that I'm still waiting for a good RPG since FFX.

#95
Remakes aren't always a sign of the team running out of ideas. Usually, remakes are done to give newer players a chance to play a game that's system is now outdated on a modern console. And given that KH is over 10 years old, I can see why they'd be remaking it now. Especially since I heard the newer PS3 models can't play PS2 games or something like that.

Although I do agree that SE needs to get working on KH3. Hopefully they've already started development.

laurence said:
Instead of remakes, couldn't SE put those resources to being more creative and developing new titles such as KH3 for example? It just seems to me that these HD remakes are a result of a lazy and non creative attitude.
I'd give SE props for Deux ex Human Revolution and the new TR, but other than that I'm still waiting for a good RPG since FFX.
Click to expand...
I would give them props for those if they could take credit for the development. They only published those, though.

#97
Hawkeye said:
I would give them props for those if they could take credit for the development. They only published those, though.
Click to expand...
I stand corrected. I'm sorry, but with the delays and remakes, personally I think SE is walking the wrong road atm. We'll see.

That 'Millionaire' trophy was pretty easy, since you don't need the exact amount at the same time. I managed to get that with just over 10,000 during the first set of worlds, so it must have been counting munnies I'd already spent (or lost on those stupid monkey Heartless).

Also I'm still not sure if the lip sync is right. Whether I'm just misremembering it or comparing it to the later games (where it might have gotten better) I don't know.

#99
laurence said:
I I'm sorry, but with the delays and remakes, personally I think SE is walking the wrong road atm. We'll see.
Click to expand...
With respect to the delays and mobile games and mobile ports of earlier FF's - I completely agree.

But re-releasing their PS2 titles is a sound decision. Most popular PS2 titles have had some sort of re-release, be it a HD re-release or just putting it on the PSN store as a PS2 classic. The effort it takes to upscale a game is minimal (though SE seem to be going above and beyond in this case, which I'm happy about) and if the game was popular a return is guaranteed.

This is an example of one of the things they should have done a long time ago. Shit like Crisis Core not being available on PSN means they're not making a profit off another popular game that they don't even need to change. If you have a PSP Go or a Vita, you can't play it, which is just really stupid.

They're re-releasing KH, KH2, X and as a bonus X-2 in HD, which is awesome. Then they need to do XII (should be less difficult than X and X-2, since the in-game graphics were much better than X's to begin with). They probably won't do DoC, but if they do, it's likely to be just a PS2 classic and not a HD upscale.

If they had done all this when they were supposed to (i.e. about 2-3 years ago) they might not be sitting in such a large financial hole at the moment. The games could be sitting on the store earning them cash right now

#100
I would be all over an uprezzed Crisis Core that I could play on PS3, I would love that like a good little fanboy. And imagine if they included all that stuff that got left out because it wouldn't fit on the UMD? Varied missions like the one-off cargo ship one, more of Zack and Cloud's escape playable, etc...