Faith said:
FIRST IS THE WORST SECOND IS BETTER!

I shall accept the idea that I am recignized as a fairly attractive, excellent admin.
Extra thanks to anyone who actually meant that.


We're the real winners!
Click to expand...
YOU KNOW IT!

#56
JazzHands said:
YEAH U GAIZ ARE JUST MAD U DUN CAUSE DRAMA AS GUD AS ME

HATERS GONNA HATE
Click to expand...
You're the best.

#57
Wow, had no idea I was even in the running. Thanks to all who voted for me, and congrats to the other winners.

Joy. I got third place for most annoying. Somehow this...doesn't surprise me. At least it's not first place.

Thanks a lot for doing this Force. It's fun to see the opinions of other people.

Terezi Pyrope said:
im not accepting ryu as the hottest female until he puts on a pair of pantyhose, some high heels, a wig and a dress.

then i feel this can be fairly judged who is really numbah one
Click to expand...
Been there. Done that. Harvey. Played one of the Aunts.

Ty Lee said:
We should make him do this, actually.

Click to expand...
You just wanna perv out over my sexiness. Admit it. I can win in the category for the wrong gender that's how sexy I am.
Next year, we'll just have to make a 'Sexiest Ryu' category so people don't get all kerflempt about it.

several people complained about nominating people who were not in the voting. So why do a few people get joke nominations like Ryu but not serious nominations they had made?
Click to expand...
Force explained this one, but I am still amazed at the fuss my joke nomination caused, as contrasted with the sheer lack of fuss the other obvious joke nominations.
It must be because you're just that threatened by my sexiness. There's no other logical explanation. EVAR.

Ty Lee said:
So if I show everyone my boobs all the drama will die down?
Click to expand...
Even if it won't, do it anyways.
J

Let me go on record as saying that I would much rather fuck Aki than Ryu.

#61
I didn't realize that needed to be explained, but thanks anyway.

Kimba the Red said:
Let me go on record as saying that I would much rather fuck Aki than Ryu.
Click to expand...
^
M

#63
Kimba the Red said:
Let me go on record as saying that I would much rather fuck Aki than Ryu.
Click to expand...
And let me go on the record, since Joe seconded it, to give it a third.

Aki is damn fine if I do say so myself.
J

Everyone loves the Aki rly

she saved u on elysium an' shit

Hey, I'd rather do Aki than fuck myself too.

But that doesn't mean I'm any less sexy.

Ryu said:
Hey, I'd rather do Aki than fuck myself too
Click to expand... 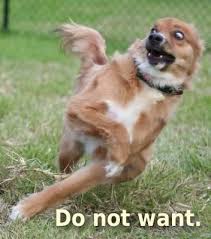 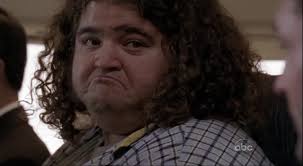 I can live with that haul. Still not sure how I ended up even being nominated for Most Active and Best Quality Poster. And even ranking in Nicest Member, considering the competition? Oh hell yeah.

Click to expand...
Of course you do. Search your feelings. You know it to be true.