Joe said:
Nah I think Yop nailed it. He's got the head tilt and his eyes are forward instead of on the hand. A master at work.

Click to expand...
Are you mocking my wonky eye? I was eyeballing the camera!

it's my favorite part of this picture

And poor Alan got photobombed by everyone. 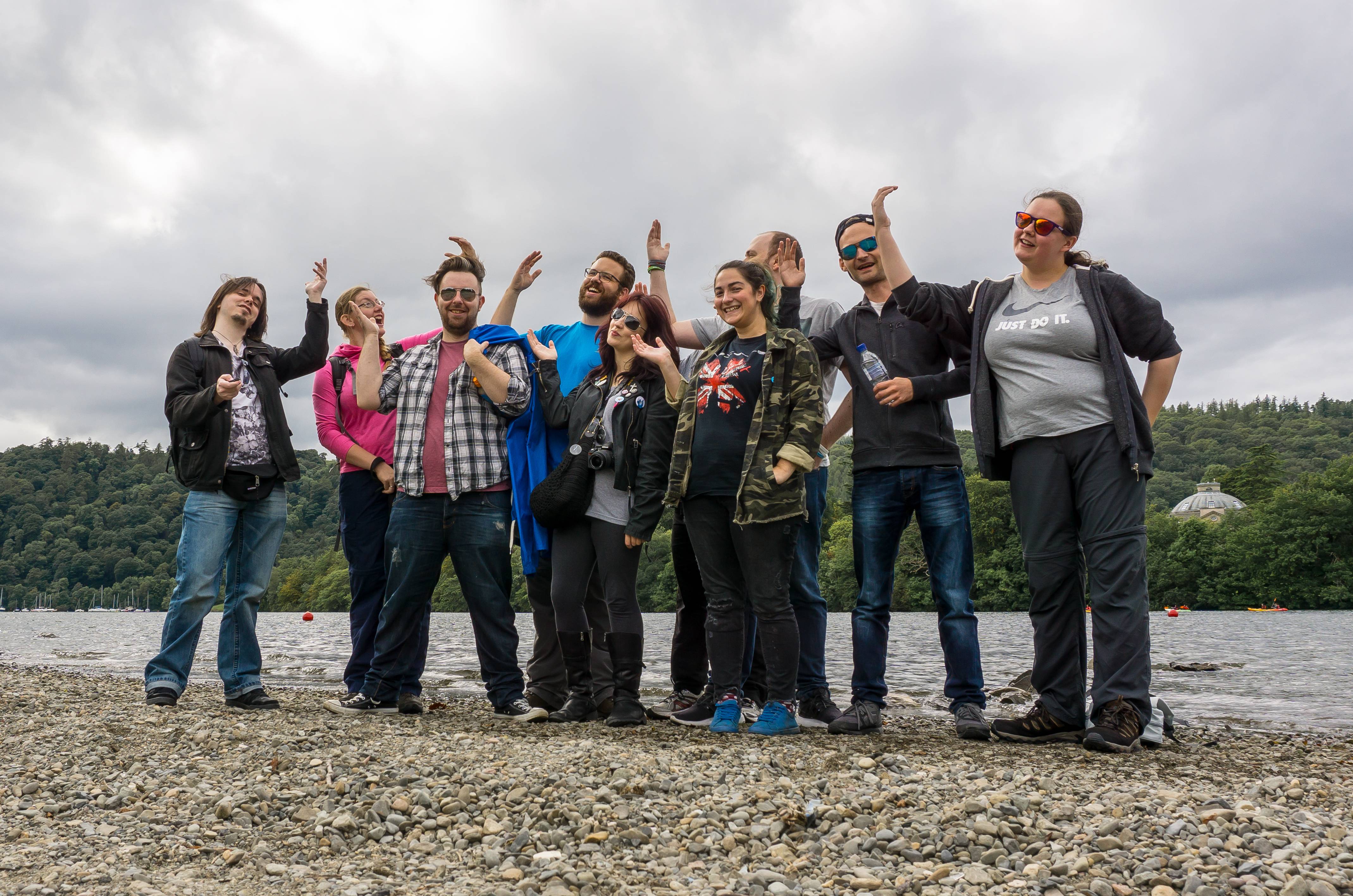 Click to expand...
Now that I look at it again Roger is just waving.

You can't see my crazy eyes.

Late little easter egg for the attendees - anyone who was paying attention to my Arabian princess story, I HAVE AN UPDATE AT LAST.

The paternity test came back positive, she's been in regular contact with both parents with the blessing of her adoptive parents who said some kawaii as fuck stuff about having had the best years with her and that she's the person she is because of them and they're proud as fuck of her. Her bio-dad is overseeing one of his projects in London here and there so he's bought a house as a base and asked her to live there so it's homely when he's staying over, so that's happening (just the cheeky seven-figure value on that little crash-pad). Her bio-mom (that sounds so clinical, apologies but I wanted to be clear on who's who) is living in France and wants to see her more frequently too.

TBH if this story was a film I'd go and see it at the cinema.

OOHHHHHMMMYYYGAAWDDD THAT'S SO AMAZING!!!! I'm so happy for her and I'm really pleased her adoptive folks are so cool as that and aww such a happy ending!!!

So I just randomly remembered something.

...did anyone of you have a laser pointer?

No but I do have Minato's copy of American Scientist. It gives me a chuckle every time I look at it.

I was just wondering because someone was bugging me with a laser pointer from outside while I was just out of the shower. I thought someone was about to snipe me through the window

You're borrowing it, I expect it back.

I can post it to you if you want? PM me your address and I'll send it on. I haven't actually read it, I just look at the title, think of Creationists and crack up.

I was joking, please keep it and remember me by it forever.

Noted and will do.

SO. When are we doing a big meet again? KupoCon?

Too long away if you ask me, but I guess I'll just have to wait.

Tetsujin said:
I was just wondering because someone was bugging me with a laser pointer from outside while I was just out of the shower. I thought someone was about to snipe me through the window

Click to expand...
lol I'm a little freaked out by this. Were you standing near the window itself?

That makes me feel about 20% better. I figured nobody could see in

#620
I'm also a bit freaked out by this! Which direction was it coming from!?

Are you saying it wasn't one of you fuckers?

Because I heard some of you talking outside? And I figured one of you was just being cute or something.

#622
I don't remember anyone having a laser pointer but I could have just forgotten lol. Genuinely don't think it was one of us.

I vaguely recall Octo may have had one? Maybe? Something to troll cats with at any rate.