who the hell hates rebuild

Rebuild turns Misato into more of a bitch and less of a motherly type. That's reason enough to hate it...

#29
I just watched the first one, the budget certainly does it justice, I can tell you that. The scene from space of all the lights going out was sweet, as were the movements/configurations of that last angel.


But dammit is Shinji tiresome. I know that's the point and its not that I want him to be Heero Yuy or anything, but geez. Its odd because he has moments when I do actually feel for him (generally when he's not being a self-centered douchebag), when he's legitimately worried about Rei, for example. And that his father's a dick and piloting the Eva is frightening. Its not that I wouldn't be terrified and all that but does he have to be so insufferable?

Watch the second movie before going on about how Shinji sucks.

So this is going to be a gigantic bump.

So I am a huge Evangelion fan, watched in back in 2014 right after Freshman year and loved it, needed more... it was like an addiction that couldn't be stopped. And for me it wasn't stopped for a while.

So I resurrect this thread maybe luring the other fans on this site to discuss it with me.

Now a few things have happened rather recently with Evangelion which should be news everyone knows but I'm going to list it off:
-Sadamoto's Manga was finished in February of last year with the English version being released, the Japanese release had actually happened a while back.
-3.0 Finally came out on Blu-Ray for English in February of this year. The Dub is pretty good, but do mind I am not one to be really aggressive with judging the VAs, so my opinion may differ to others.
-Apart of the Animator Expo that finished in the summer of last year, we got three Evangelion shorts, Evangelion: Another Impact(Awesome CGI short), Until You Come to Me(which was a 4.0 teaser of sorts but mostly non-canon), and Neon Genesis Impacts(which was a side story relating to a group of friends during 2.22).

Gotta thank Strangeglove for reminding me in a way about this. But if you guys haven't heard yet. Anno is hard at work with Evangelion 3.0+1.0!

Relevant Quote -
Anno also responded to a remark from an audience member saying that he/she would wait as long as it took for the fourth Rebuild of Evangelion film. He first thanked the audience, and then said, "I'll work hard on it. As a matter of fact, I'm already working hard on it."
Click to expand...
Maybe we'll get it in 2017 finally? Hopefully?

"We're actually working on the new Evangelion film right now," Honda commented. "We're working hard and it'll come out eventually, so thanks for all of your patience - please continue to be patient, because it's going to be the last episode."
Click to expand...
So no new announcements, but just they are actively working on it. I'd be great to get some sort of teaser before the end of this year, but I just don't see that happening.

Also to note, Evangelion 3.0 is 4 years old at this point (at least the Japanese release), meaning Anno's earlier comment joking about how 3.0+1.0 might take 4-6 years after 3.0 is no longer a joke.

There was a lot of concept art shown at Khara's 10th anniversary Exhibition. 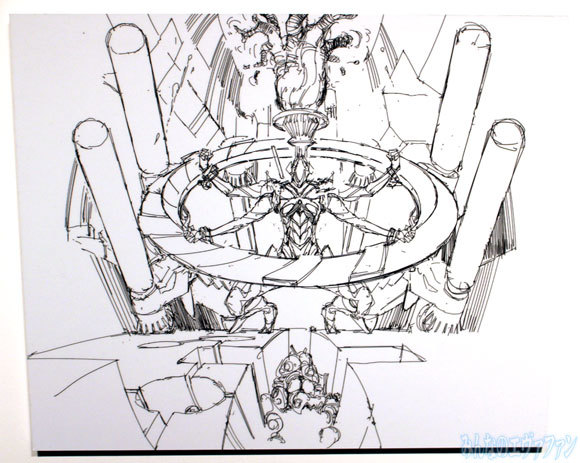 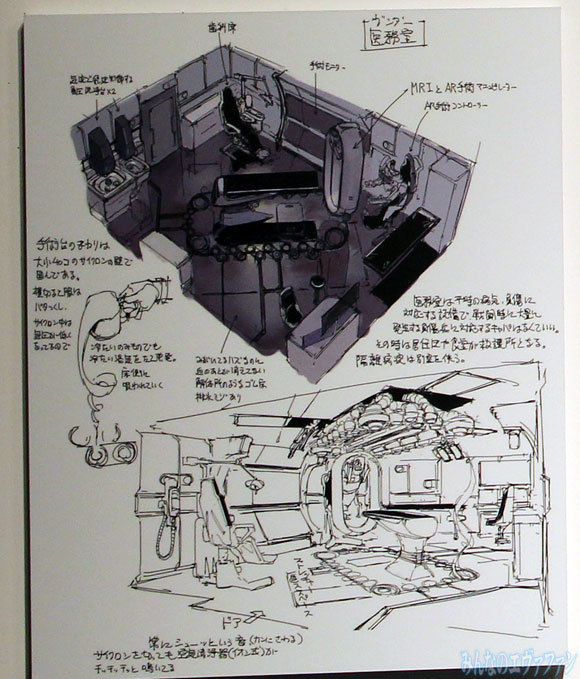 This actually gets me really hype again to see this movie come out. However, I've also gotta be the bearer of bad news because Anno made this statement.

Note it is very roughly translated from Chrome, but according to Reddit where I got it from; Anno is unsure when it will come out, and brings up the 2020 Olympics.

Posting this because I though it was pretty good.

I seem to be the only one posting in this thread.

But SudoStef's analysis of Asuka is so spot on. Any Eva fan should really listen to him, it's a good way to spend 20 minutes.

Pink Guy said:
I seem to be the only one posting in this thread.
Click to expand...
My contribution: Asuka is muy deliciosa.

Come on now. This is the real Best Girl. I'm sure rewatching as an adult would make me profoundly uncomfortable, but as a teen about Shinji's age when I saw it... all those characters had exactly the intended effect... *blush* even the men.

Mr. Ite said:
I'm sure rewatching as an adult would make me profoundly uncomfortable.
Click to expand...
I feel like that was almost intended in some parts of the TV show.

So I know I'm sure late on this,but for any fans of the rebuild movies we got our first teaser.

Don't really know what this means, but it feels good to start seeing something from this movie. I imagine we'll be in the dark for more months, but maybe sometime next year we'll see a proper trailer.
Last edited: Sep 17, 2017

Know I'm not too active on here, I've been really busy with moving, but I've found a few teasers/bits of info/leaks that probably haven't been shared on here. 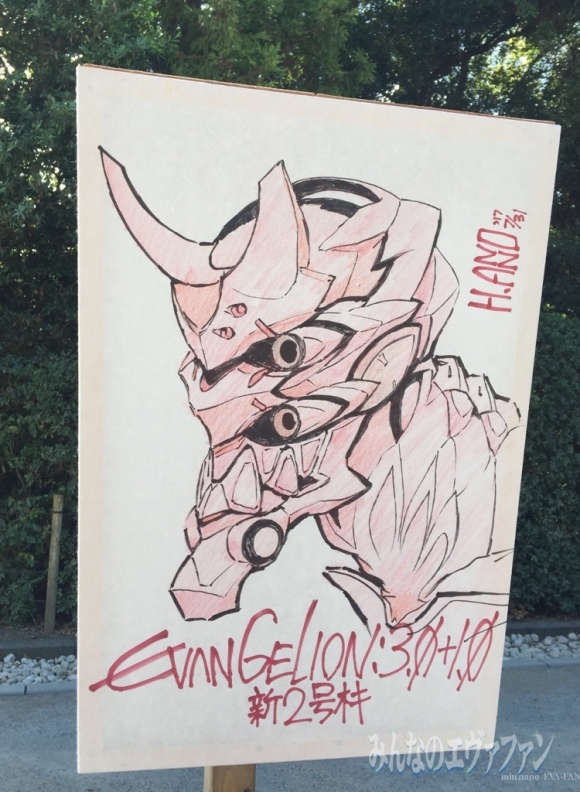 I really wish I saw this earlier, I had assumed we only got that small teaser but that is not the case.

At the end of 3.0 for those who had watched it, we know Unit-02 blows up, and then the preview for 3+1 shows a literal 1/2 between Unit 02 and Unit 08. But now this picture shows a completely different design, that looks pretty bad-ass in my opinion.
The Lamp festival does not get as much attention as it deserves when it comes to Eva, or in general news about Anno. The Lamp festival before was used to name drop the change from "Evangelion 4.0" to "Evangelion 3.0+1.0". And from my memory no one really took it as news until the new title card was released later on. The only way I found out about this lamp was by looking at the 3.0+1.0 information section on the right side of the subreddit. I don't think a single Youtuber or just video has covered this in general. Eva Monkey might do one, but he releases videos so rarely I wouldn't expect it.

Second would be the 10th Anniversary animation Khara released named "The Big Turnip".


While not seemingly Eva related it is, but I'll let those who haven't watched it do so.

According to the subreddit a unfinished version of the soundtrack has been found.


Also there is this interview -


I do not speak Japanese and have no clue how accurate the translation is, but if this turns out to be true, expect to see a trailer of some sort new years, and the release date much sooner than a lot of people expect it to be.

I will say however a lack of information this close to a March-April release is terms to call Fake.
Also not to mention who ever made the tumbnail used "You can (not) reverse" which is completely fake. There might be less credibility to that than I first thought, but I'll keep it up there for the sake of discussion.
Last edited: Dec 15, 2017

I can understand Spoken Japanese to an extent, so the interview is legit.

I'm still keeping an eye out in March/April though.

&#12288;A special report on the movie "Shin Evangelion Theatrical Version: || (originally the right vertical line is in bold)" was released on July 20, at the theaters nationwide. According to the special report, it will be released in 2020.
Click to expand...
Eva's official site updated the teaser image with the release window of 2020, I can't seem to post the image so here is the link to the site.
http://evangelion.co.jp/

AND the best part, out of that theater announcement we got our first teaser for 3.0+1.0.


Eva Unit 08 in this teaser along with Mari comes from these images tweeted earlier by Khara. 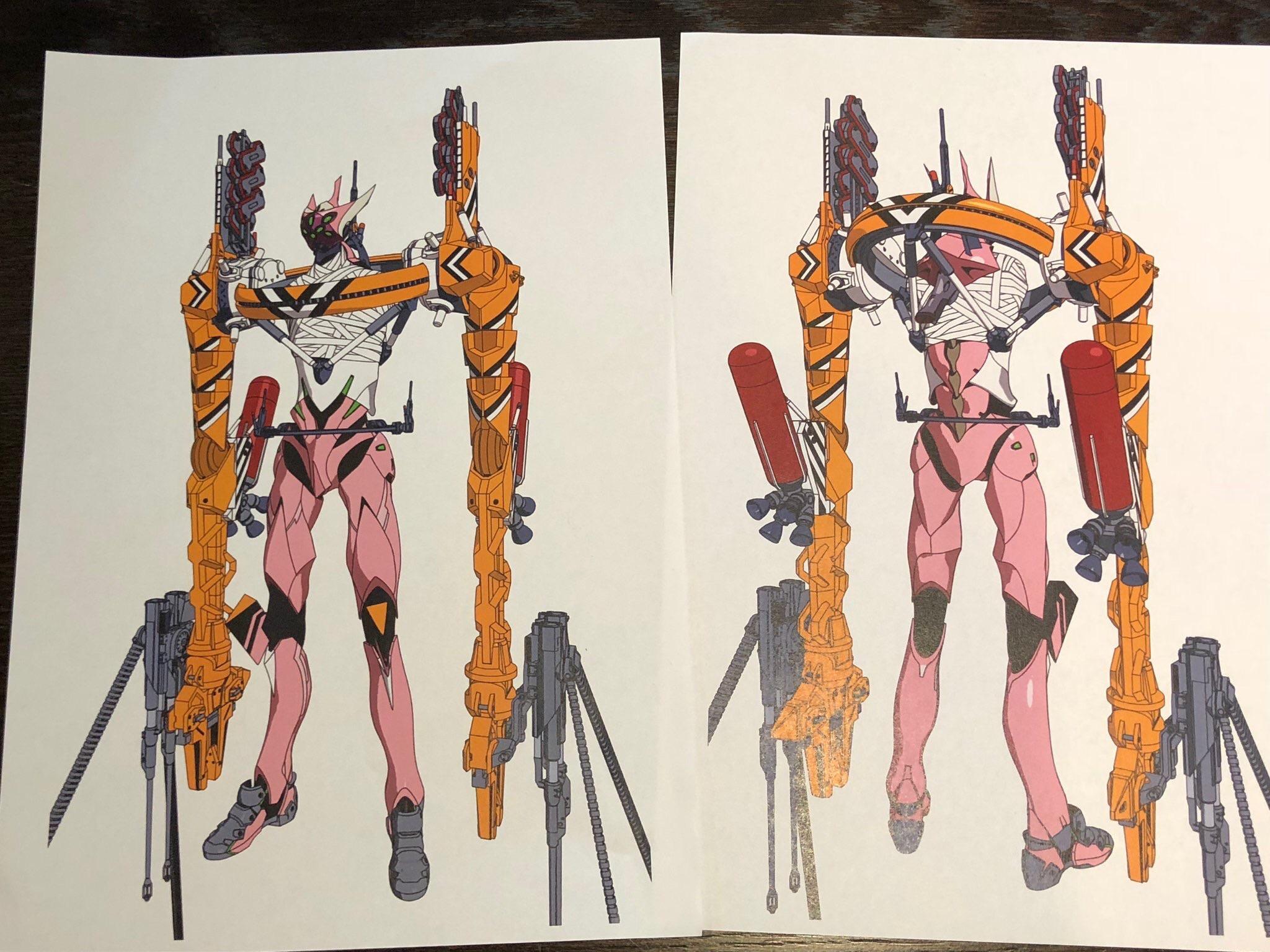 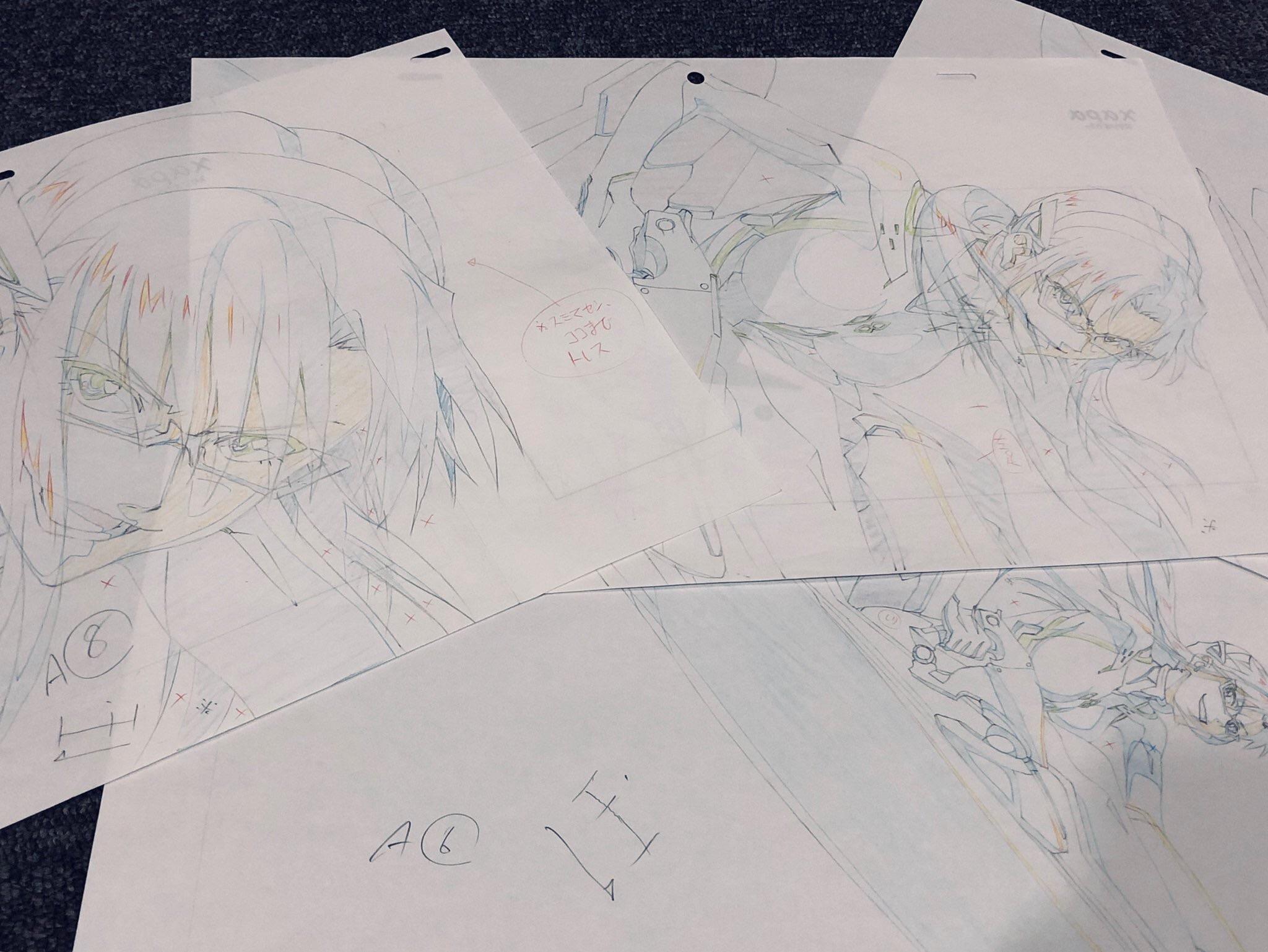 It's still quite a ways off, but still.