You don't fight the Four Fiends in Pandemonium. You fight them in Memoria, and then their crystalized constructs as random encounters in the Crystal World.

The four fiends of Final Fantasy I (Marilith, Lich, Kraken, and Tiamat) were directly taken from Dungeons & Dragons and comprise the four big plot bosses of the NES classic. Like lots of things in FFIX, they could be seen as just an Easter Egg (like the “buster sword” in the Lindblum weapon shop, and the names Garland and Cid) but the fiends are a bit different.

The conceit of their appearance in Final Fantasy IX is that Kuja pulled them from the Crystal’s memory. So, they are themselves long gone, but the crystal remembers them and so they endure. Because what you see are only manifestations, only the manifestations can be destroyed. They taunt you with this fact when you first encounter them. Kuja set them to guard the four seals of the Shimmering Island, and it’s dumb luck that you split the party to take them all down at once.

Kuja pulls them out again in Memoria, and they ambush you throughout the dungeon. They’re tougher (for some unexplained reason, haven’t you gained 10 levels and are with a party of 4, not 2) Then, when you enter the crystal world, their memories are freely wandering around in crystalline form and make up the random battles.

Yes, it is blatant reuse of assets, but at least they explain it

The concept of “Four Fiends” is used again in Final Fantasy IV, although they are different fiends (original creations, not D&D monsters) — I would have liked to see Kuja pull those guys out of the crystal as well!

Not exactly a reuse of assets. The Four Guardians and Fiends in FFIX are like Pokemon. 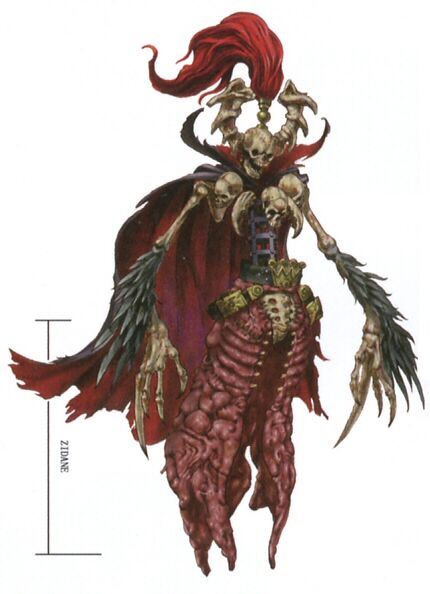 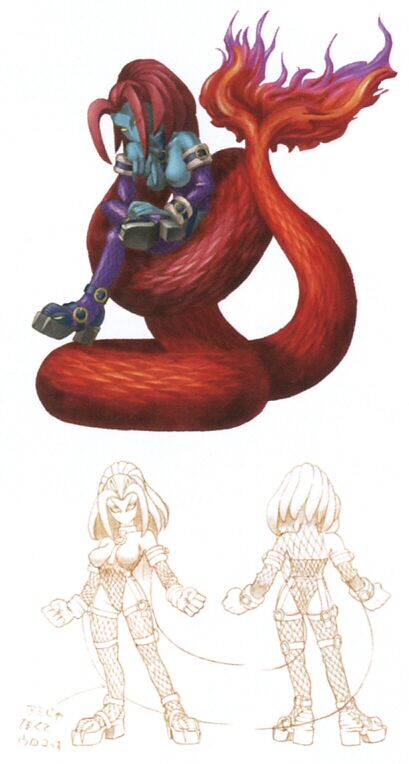 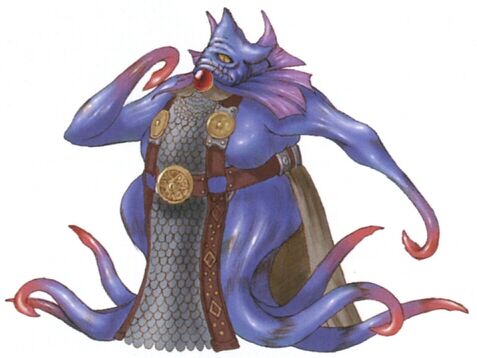 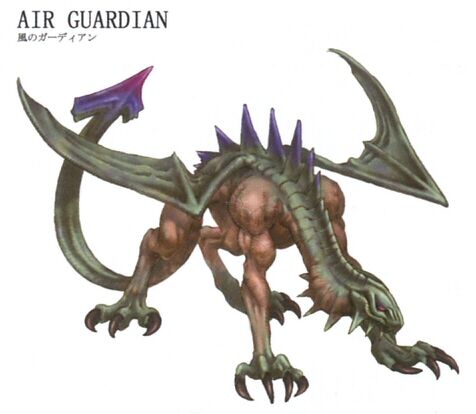 And then they "evolve" into 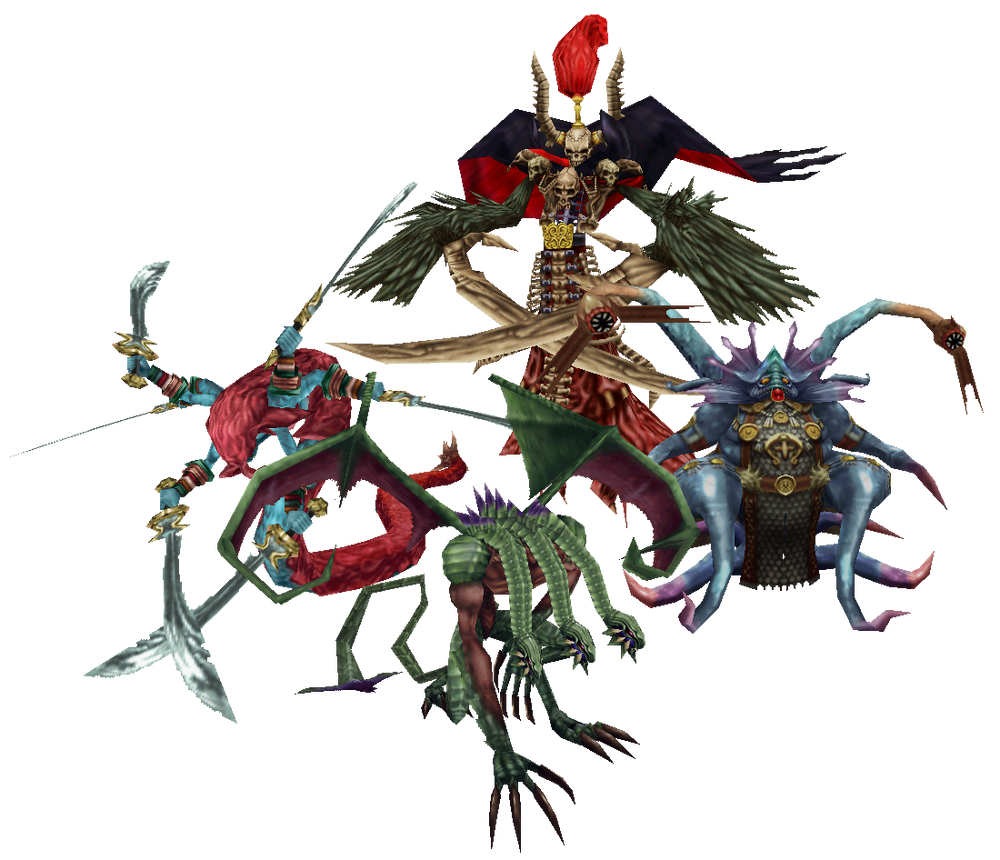 #231
Necron was my ONE issue with FFIX, and it may well have rivalled FFVII as my favourite if they hadn’t just crammed him/it in as the final boss...

#232
I think Necron is dumb, and a callback to the old games that wasn't a particularly good thing about them (the asspull TRUE ENEMY a la Zeromus). But I dunno that I consider it a huge negative against the game as a whole. The fight itself is a lot of fun, actually. Good music, too.

As I discussed behind spoiler tags earlier, the casts are what gives VII the edge for me. IX has the best character in all FF in Vivi, but Amarant is frustratingly irrelevant, and I was never super wild about Quina, Eiko, or Zidane either. While in VII I love the whole cast. BUT, like I said in the other thread, I think VII has the best overall story and cast, but IX has the best storytelling. The pacing is phenomenal, and the setpieces are just so good. It's in the mix for number 2 (3 if we include Tactics) along with VI and X. Right now it's a comfortable number 3, but I've played it the most recently out of those three and it has a way of changing when I play them

#233
Very fun thread! It makes me happy that people who play the game for the first time in 2021 can still fall in love with it like I did 20 years ago.

Also, I'm willing to die on the hill that both Chocobo Hot and Cold and the treasure hunt on the world map are AMAZING mini games/side quests. I just love it.

Necron never bothered me, like, at all. At worst I could say it doesn't really add much, but it doesn't detract either.

#235
At least Necron has a badass theme, so they fulfill that base condition for a final J-RPG boss. The fan remixes are also great.

Stiggie said:
Necron never bothered me, like, at all.
Click to expand...
Necron doesn't bother me either. It just feels like you've awoken a sleeping giant, or something. I'm not sure why some people consider it to be game ruining when, despite being very sudden, actually has some sort of reason to be. Its goal is to achieve utter destruction, what it thinks mankind wants, and Zidane showing it that they choose to live on through sheer force of will is, well, powerful.

It's nothing fantastic, but it definitely shows just how far the cast have come.

Also, I'm probably not gonna get through the FF games as fast as I thought I would. Unintentionally, and stupidly, put a fair bit of pressure on myself. I'll do it, but I'll pace myself for the sake of my sanity.

Here's my top 10 FFIX tracks. This was ridiculously hard to piece together. Honourable mentions go to the rest of the soundtrack.

#239
I remember hearing Not Alone the first time and stopping playing just to listen to it.

#240
ThatGuyMikey said:
Here's my top 10 FFIX tracks. This was ridiculously hard to piece together. Honourable mentions go to the rest of the soundtrack.

1: The Darkness of Eternity
2: Not Alone
3: Melodies of Life
4: Roses of May
5: Terra
6: A Song From Her Memory
7: A Place to Call Home
8: Freya's Theme
9: Over the Hill
10: Festival of the Hunt
Click to expand...
Hah, I once rated every track in FF9 from 0-5 stars in MusicBee and it looks pretty similiar to your list. Your first three are my faves as well (the names are a bit different):

#241
Definitely one of the harder soundtracks to judge, so many good ones. Always loved the Crystal World FFVII-inspired theme myself.

#243
Late to the party, but congrats on completing the game! I have a hard time deciding whether this or VII is my favorite.

If I had to spend time replaying just one, I'd go with VII because its battle speed and side quests make it a much more enjoyable. But if I asked myself which one left a stronger impression in terms of story and themes, IX wins that hands down. I personally feel that the major four characters in IX (Zidane, Dagger, Vivi, Steiner) were more well portrayed than the major four in VII, though I wouldn't say the same about the rest of the cast. VII has the strongest supporting cast in the FF series imo.

But I love the closure that IX's ending had. I loved how it resembled its opening in so many ways, yet as a player who has grown very fond of the cast by this point, I know just how far they've come and how different everything is. It has that feeling of revisiting a familiar place but as a different person, like revisiting your middle school or something. I really don't know how to describe it lol

I guess I do like IX just a tiny bit more too.

I guess it says a lot about IX that it's my least favorite of the post-SNES entries, yet I also can't disagree with anything anyone in this thread has said about it.

Out of curiosity, how would some of you rank the games in the series?

Tried making a list, but I have to painfully admit that I don't remember much anymore about the FF games before VII so I really couldn't do it properly.

Should really replay them all sometime.

edit: Made one for the women though, seemed more doable.

Stiggie said:
Tried making a list, but I have to painfully admit that I don't remember much anymore about the FF games before VII so I really couldn't do it properly.

Should really replay them all sometime.

edit: Made one for the women though, seemed more doable.
View attachment 9649
Click to expand...
I see that Beatrix is in the right place

Haven't played the others yet, except for III on the DS, but I got stuck and don't remember much about it. I definitely want to play I-V eventually, and I kinda want to replay XIII to see if it was really that bad. I never actually finished it. It's weird that there's still no remaster for modern platforms.

Highwind said:
I kinda want to replay XIII to see if it was really that bad.
Click to expand...
XIII seems to be the one that I'm most consistently hearing the worst about. VIII has a rather mixed reception too.
You must log in or register to reply here.
Share: Facebook Twitter Google+ Reddit Pinterest Tumblr WhatsApp Email Link
Top Bottom