#276
Clean Cut Chaos said:
I wonder what all the mini map will show. I hope everything of interest isn't highlighted and you still have to do a fair amount of exploration. Love finding things outside of the normal treasure chests.
Click to expand...
I usually disable the mini maps in video games so you could also do that if the mini map highlights stuff you would like to stay hidden for you. From the looks of it, there will compass as well and a marker on screen to your destination if I am not mistaken now.

Maybe we will be getting the option to choose from mini map, compass or just a destination marker on screen.

#277
Is the Masamune in the picture of Sephiroth in Shinra HQ covered in blood? Not sure if it’s been mentioned anywhere, but if so it certainly has some implications for a certain later scene and blood content. Which has of course been a hot topic of debate for a while ....

#278
It isn't, but I doubt the sword often is bloodied to the hilt, that's a long ways from the part of the blade he's probably actually using, lol. Also impossible to say when precisely we're seeing him there.

I'm personally hoping that the Sephiroth image is like the adult Tifa on the water tower or Barret and Marlene in the church images. Iconic locations and characters, but scenes that don't really happen in the way depicted. Half of the magic for me was the mysteriousness of Seph for a good bit of the game. The unfolding of events in the HQ in the OG were perfection, IMNSHO.

#281
True, but there is no mystery about Sephiroth anymore. Even people who have never played FF7 know who he is and what he looks like. To newbies, keeping as hidden for as much of the story could be seen as annoying. Jerking them around when they know full well what the deal is.

That said, I agree that this doesn't prove we're gonna see him murder the president. It could just be a render, or this could be an image that flashes on the screen when Palmer tells the party he saw Sephiroth.

It MUST be a thing

#282
ForceStealer said:
this could be an image that flashes on the screen when Palmer tells the party he saw Sephiroth
Click to expand...
Oh dang, that's a really clever thought!

ForceStealer said:
True, but there is no mystery about Sephiroth anymore. Even people who have never played FF7 know who he is and what he looks like. To newbies, keeping as hidden for as much of the story could be seen as annoying. Jerking them around when they know full well what the deal is.

That said, I agree that this doesn't prove we're gonna see him murder the president. It could just be a render, or this could be an image that flashes on the screen when Palmer tells the party he saw Sephiroth.
Click to expand...
Yep, it's one of those things that will keep coming up again and again, but I personally wouldn't blame them whichever direction they went in regards to FF7's original twists.

I also thought this could've been Palmer's POV. They could still protect the perceived integrity of the scene by doing it that way. Original bloody reveal, then Palmer's visualised account- or an entire cutaway. Perhaps that would make the most people happy lol.

#284
I just hope that President Shinra's death is revealed the same way as the original. It was the perfect red herring and to me, was a first great initial impression of what this Sephiroth guy was all about prior to that scene.

#285
I hope President Shinra's death is revealed in a similar way as the original. Doing things the same way isn't going to create the same feeling--it'll be less "Just how strong is Sephiroth!?" and more "Yup, that's how that happened!" In a perfect world, they find a way to handle that scene that impresses new players and surprises old ones. 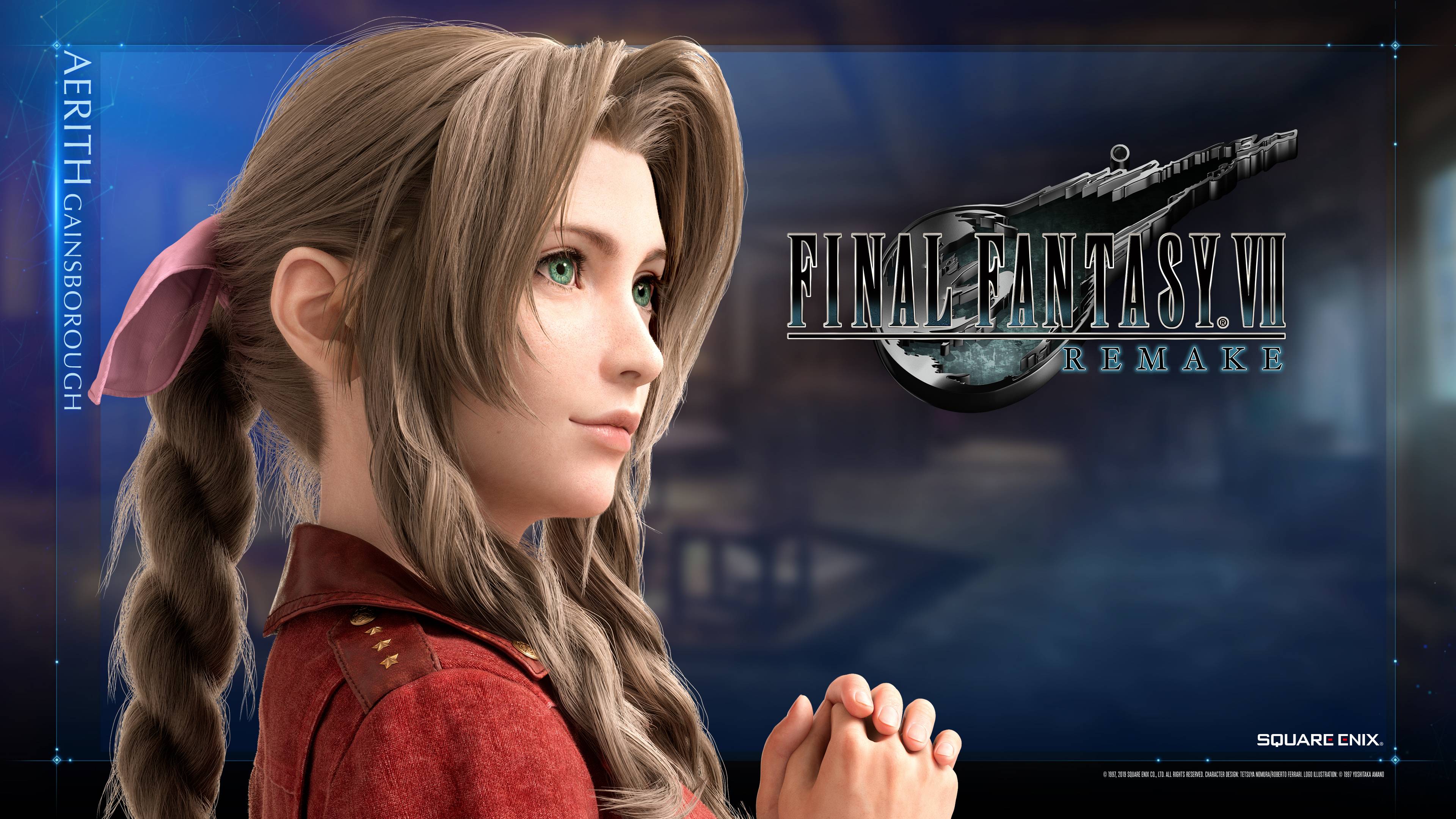 #288
Not gonna lie. I miss Aerith's OG dress a little more. The new one is gonna take me some time getting used too.

Yeah if I had $1800 to spend on wall decorations, I might splurge. Splurge on some nice frames and then use AI to upscale the images and print them myself. Fuckin Squeenix.

#292
Agreed... Not really sure who's the market for that kind of stuff. If this is up for sale, there must be a demand somewhere, right?
Then who the hell would have this much disposable income?
When I think that my local university printing services can get you HQ 48" x 36" prints for less than $40 CAD...

#293
I mean I've seen similar outrageous prices for other merchandise from anime/games set exclusively for the Japanese market, but I agree with Mayo, who has this kind of money for such things?

Oh and the JP Remake Twitter has this, it's the same two renders as before, but not horribly degraded: 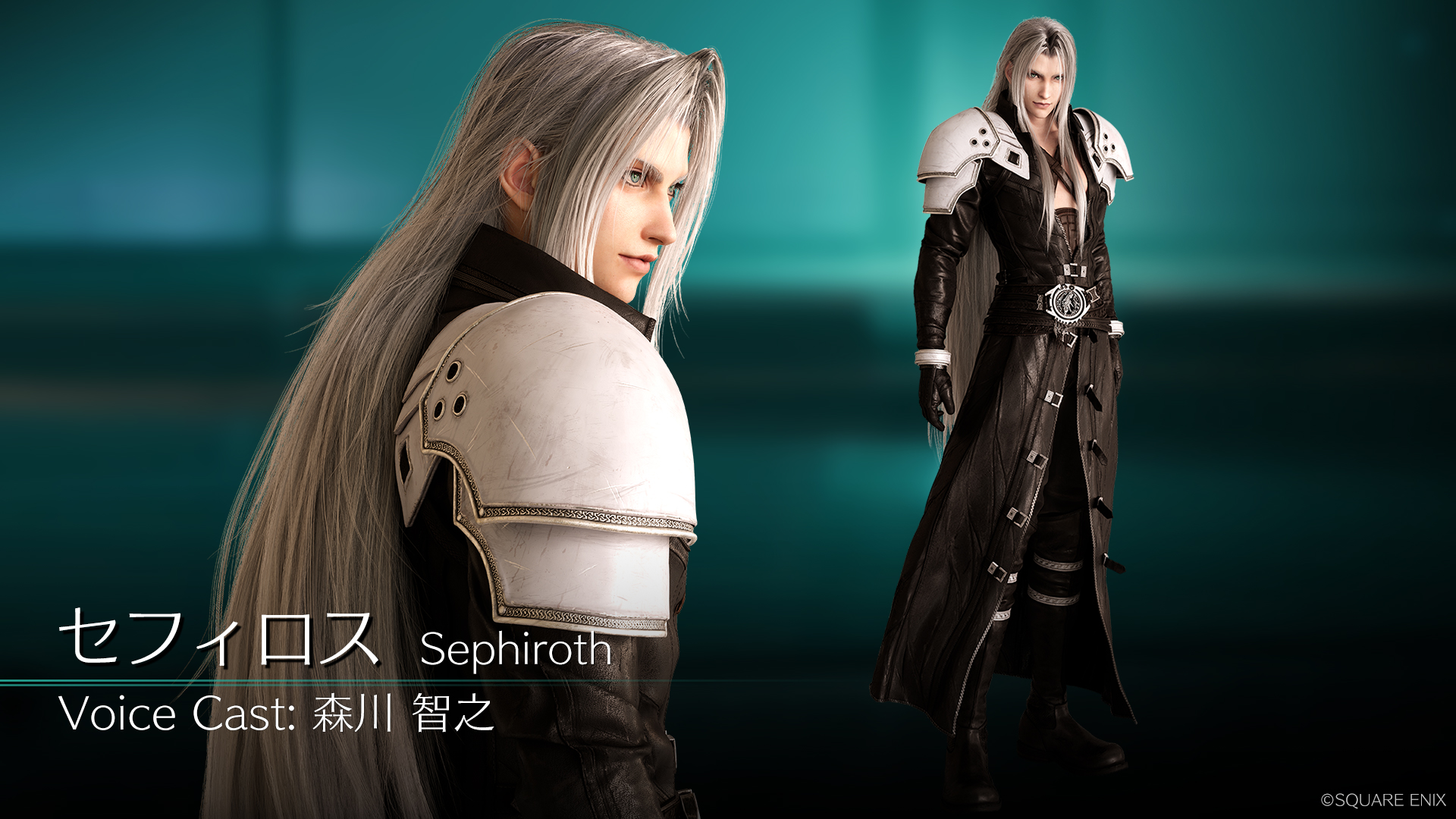 I see Sephiroth's been getting eyeliner tips from Steiner.

#295
The JP site was updated today, now with Sephiroth, Pres. Shinra, Heidegger and Roche in the "Characters" section. 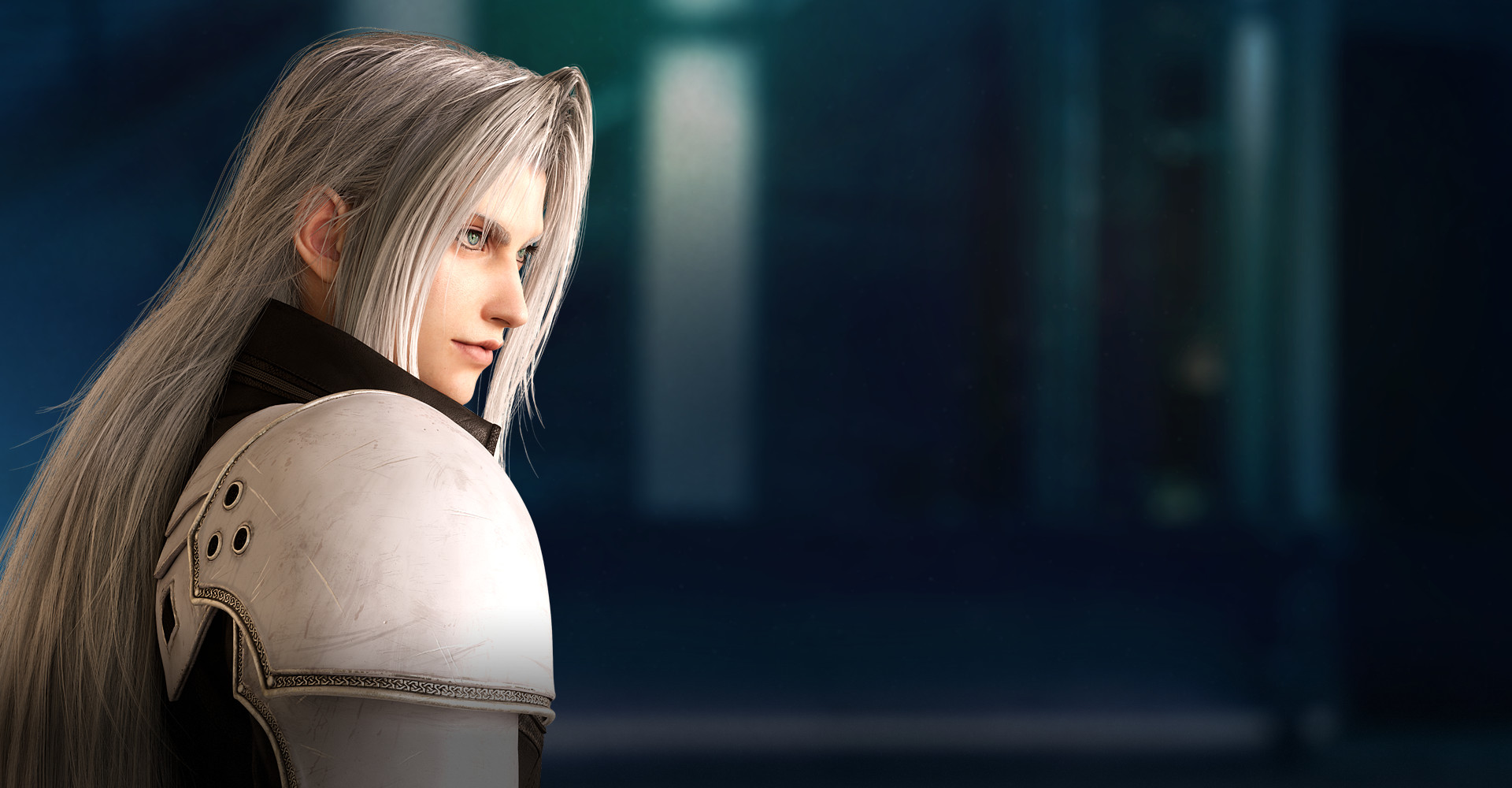 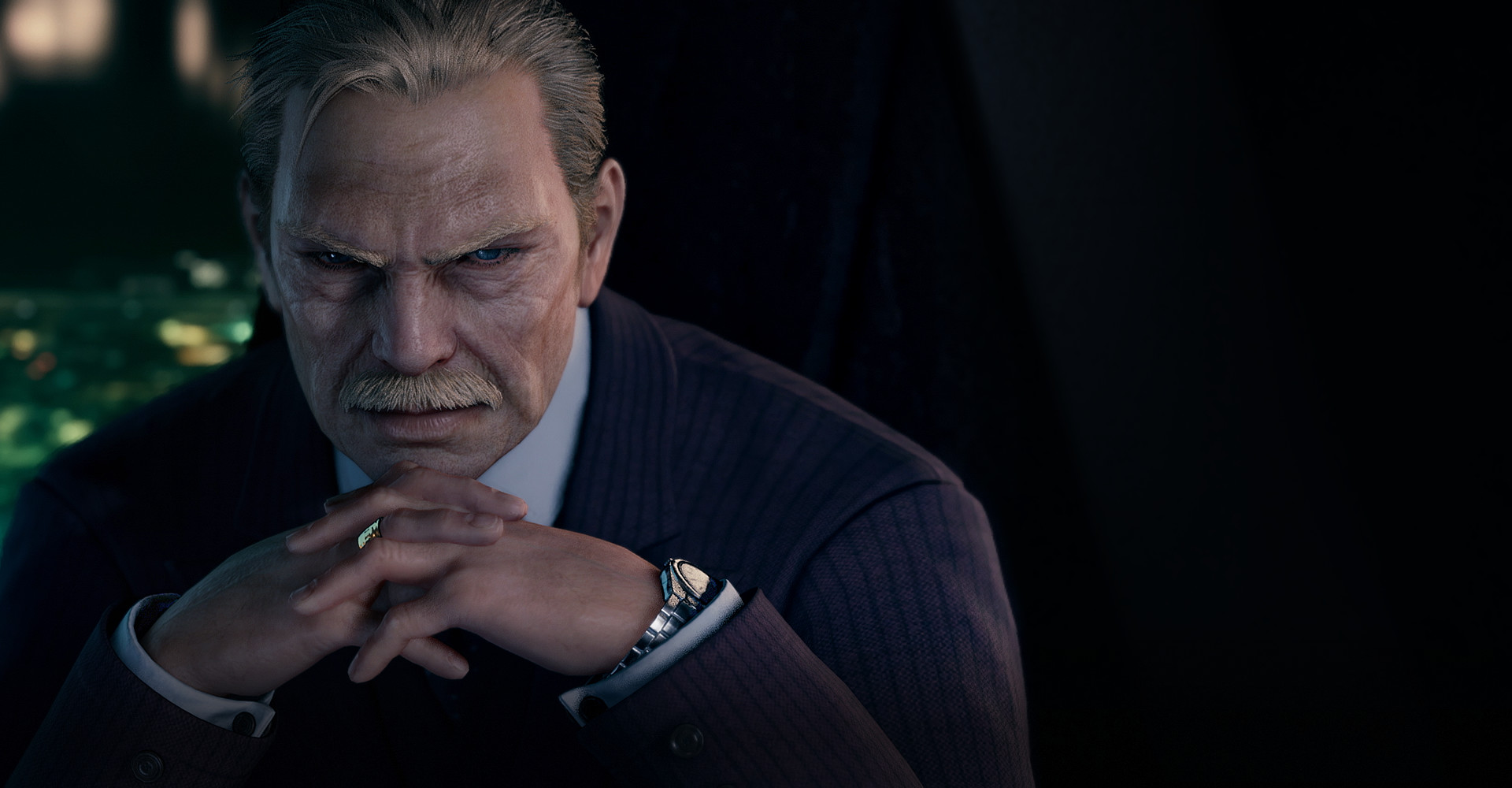 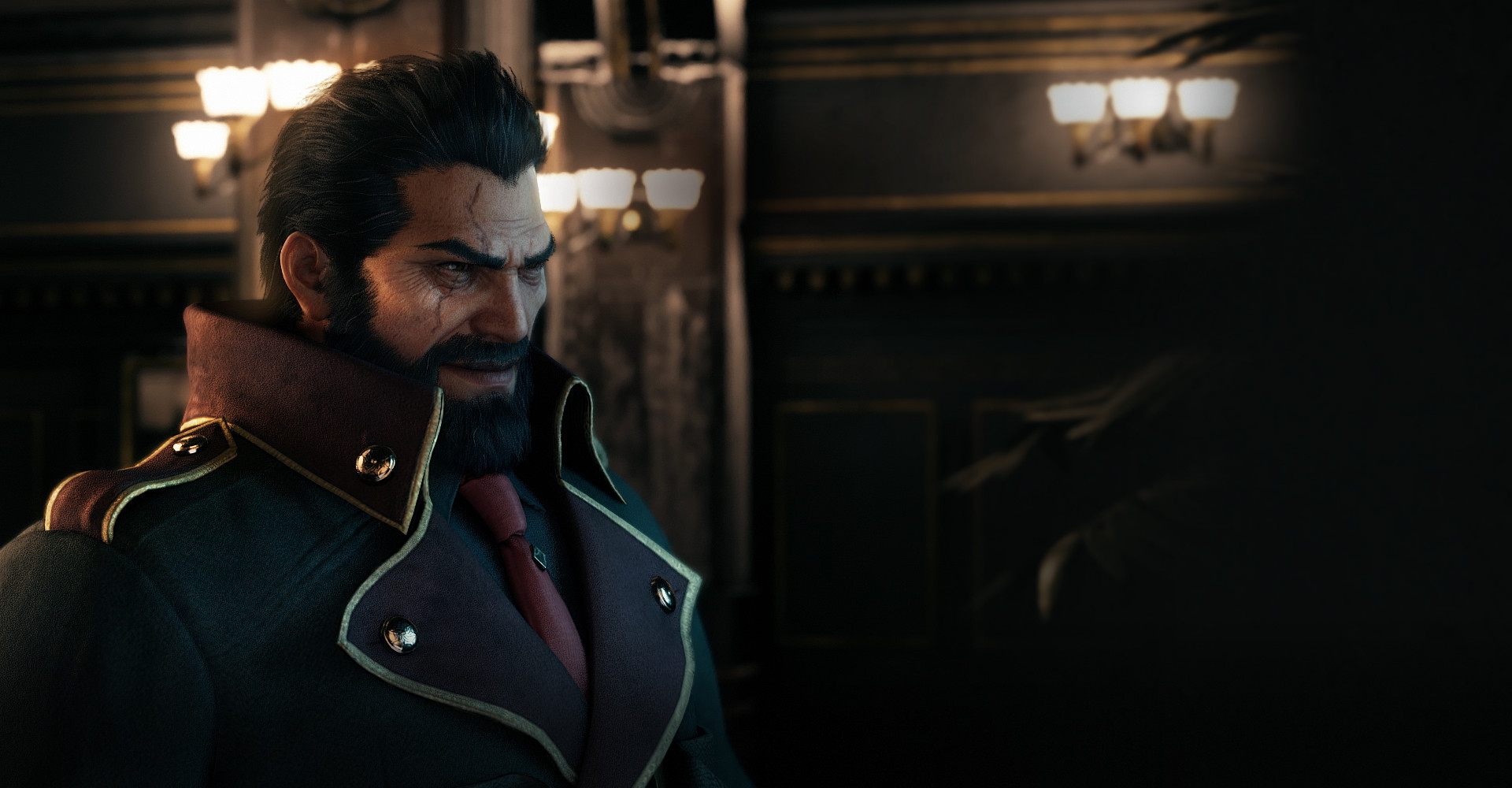 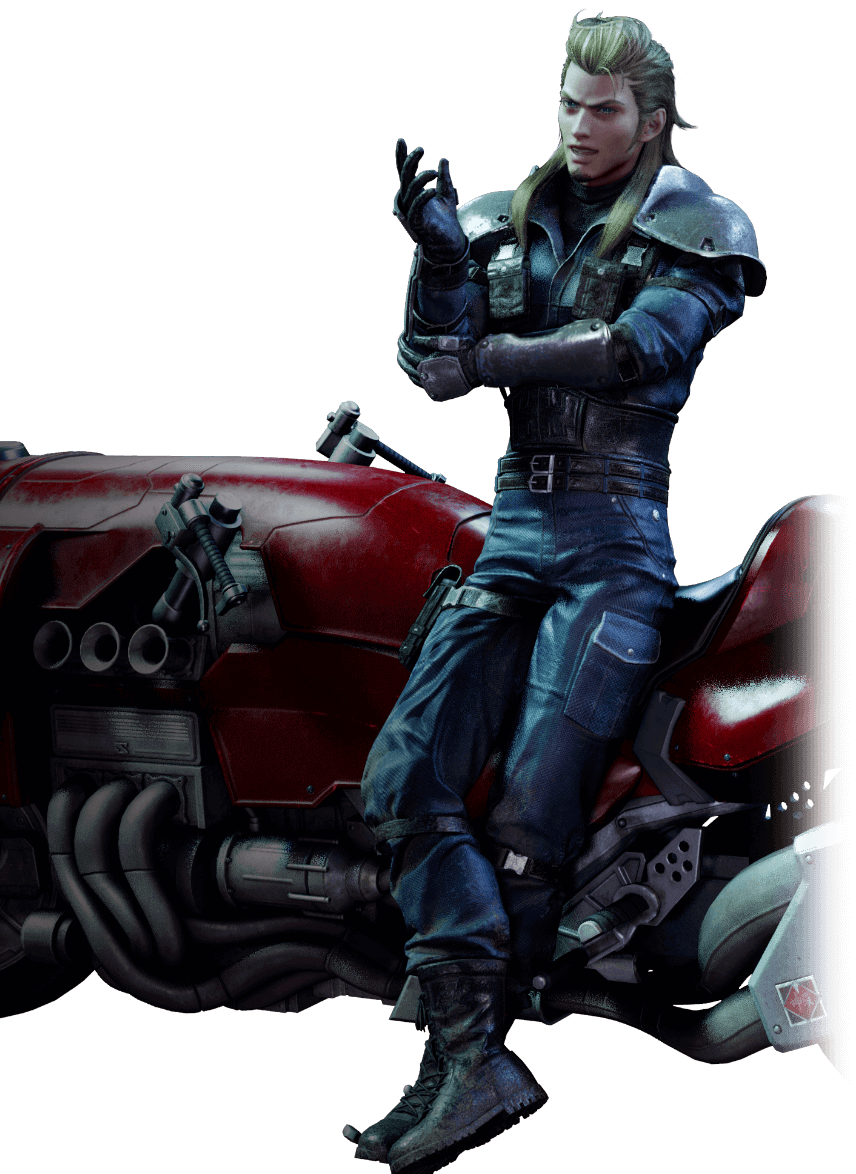 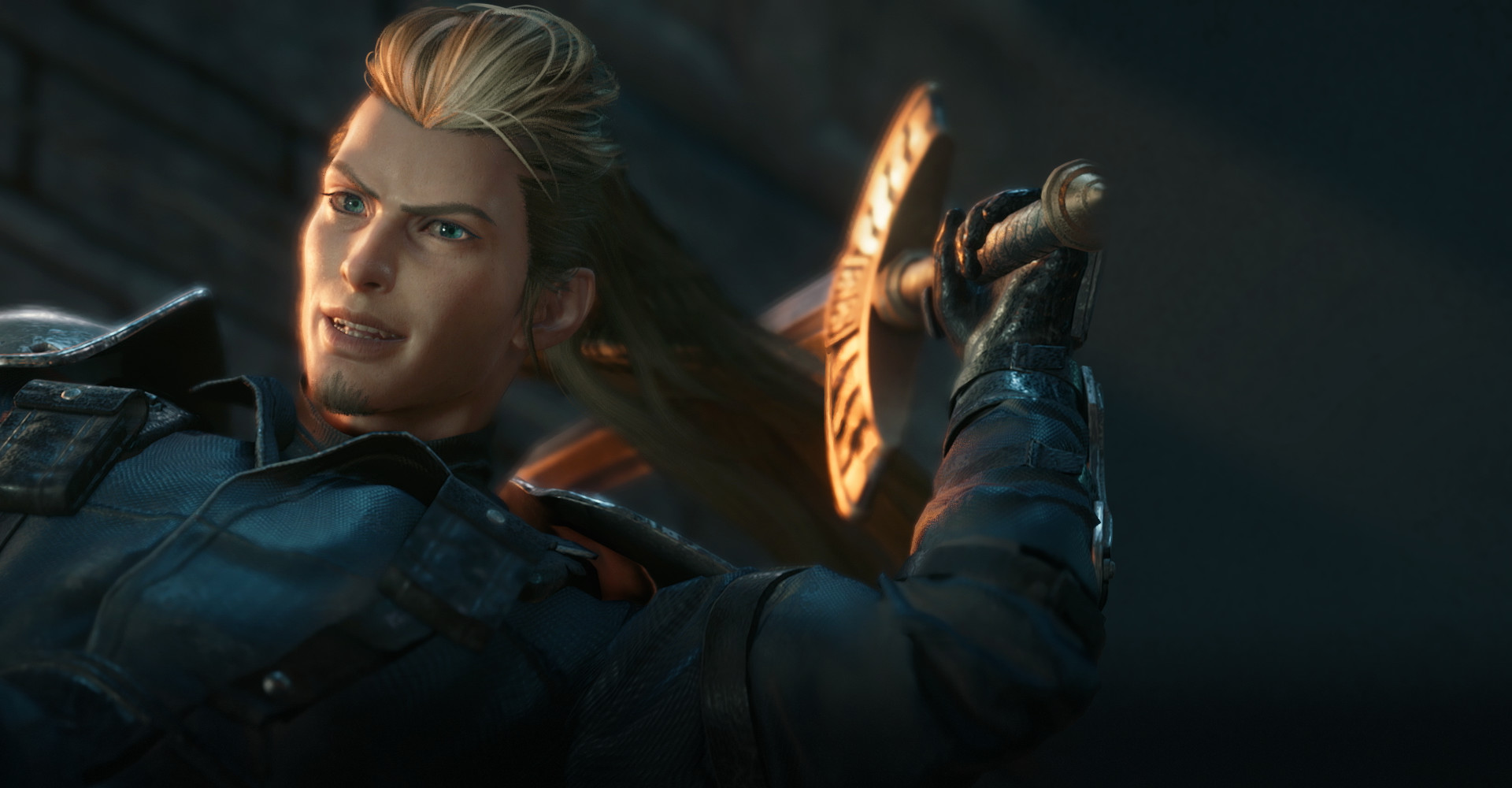 They've also updated the "Media" section with non-upscaled (but still cropped and smaller than the previous Cloud/Aerith/Barret keyart uploads) Tifa and Sephiroth keyart: Lastly the "System" section was updated as well and we now have clear renders of Chocobo & Mog and Shiva summons (they've also updated the Ifrit render so I'm including that again): 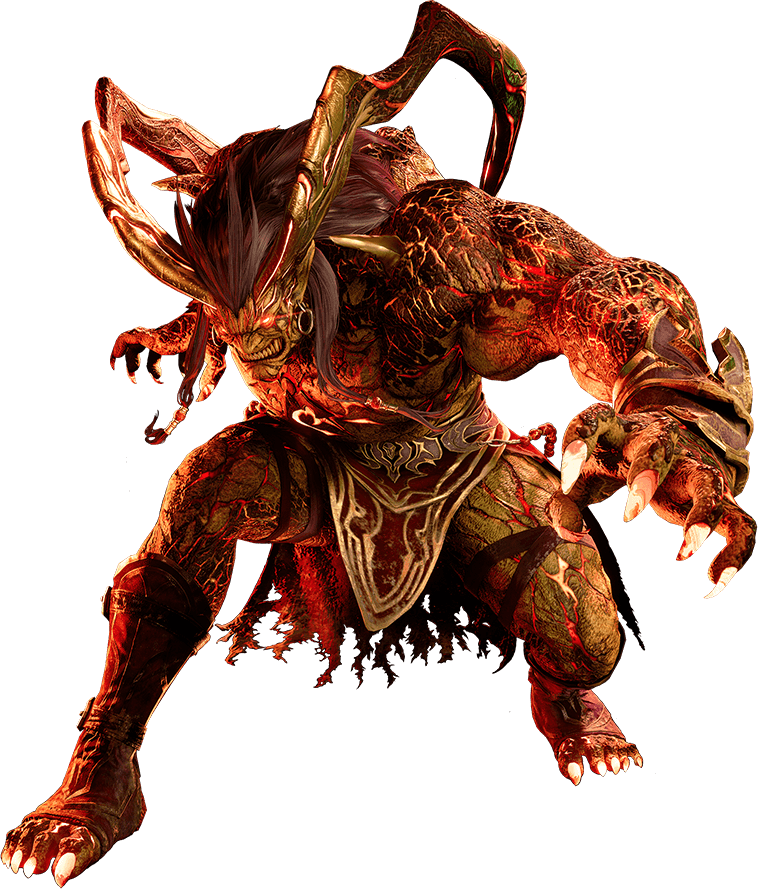 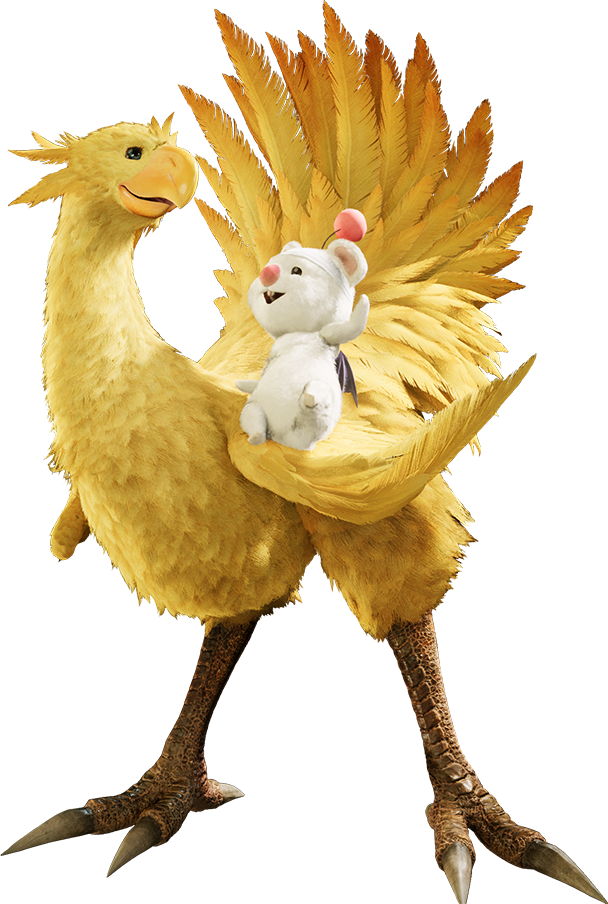 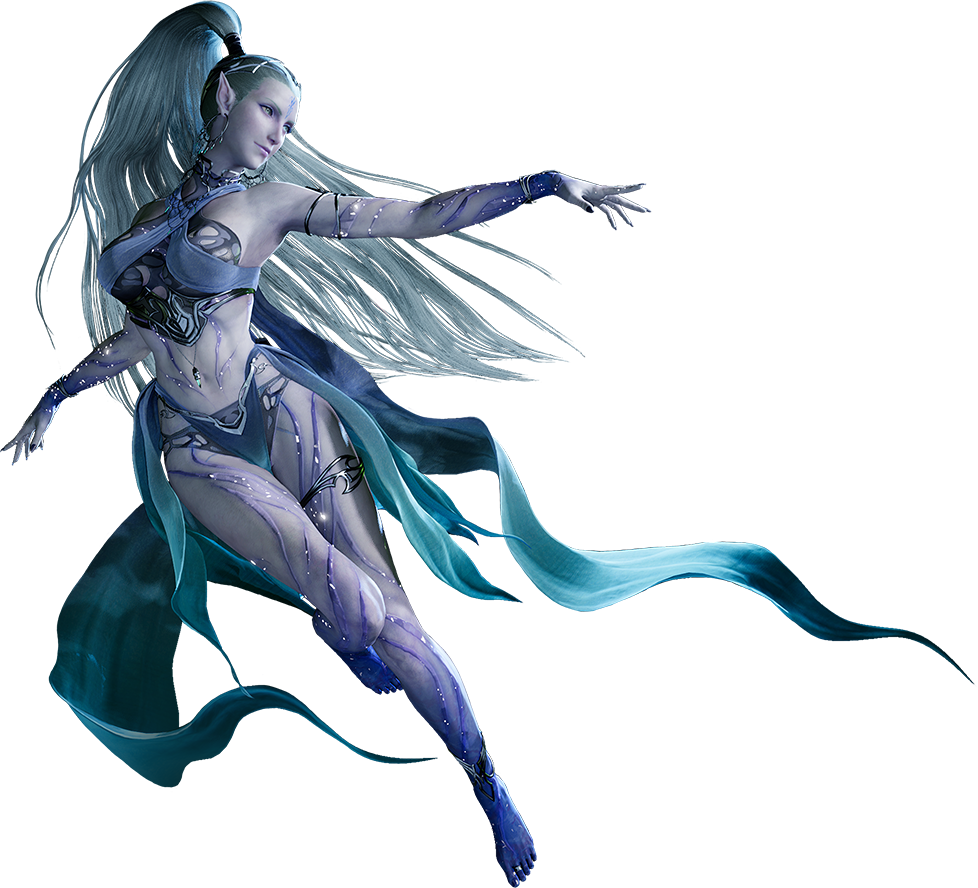 #296
Something that stands out to me is that the age of President Shinra's hands appear 20 to 30 years younger than age of his face. I'm wondering if this is a goof, or if it's a subtle way they are trying to convey that he's never had to touch anything that would ever age his hands.
Last edited: Dec 27, 2019

#297
A third possibility is also that the angle and lighting might be affecting things.

The amount of detail in these models is pretty astounding - especially that Aeris render. Ah, I guess President Shinra's hands looking like that could be just 'cause they made him from a base model and just kept the hands? I dunno. Maybe it's cause FF also tends to idealize things. I have no idea. 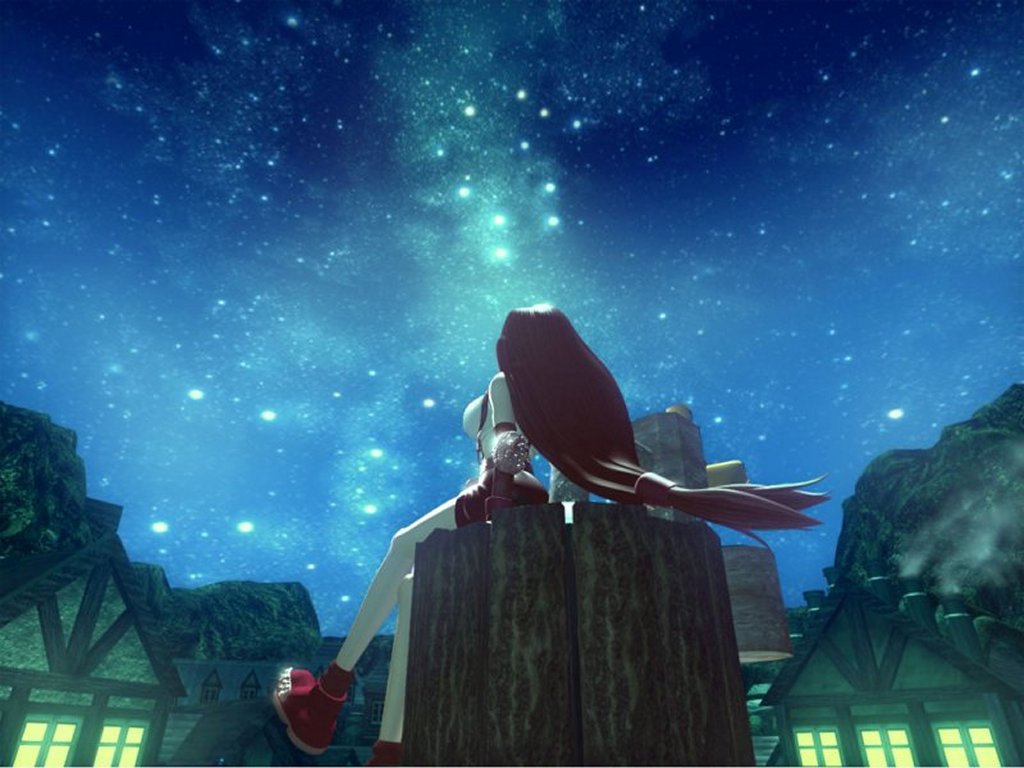 Glad to see this old Tifa render remade in the new style! They carried the emotion of the piece over perfectly, I think. SE is continuing to knock it out of the park.

#300
Guess we won't be getting that demo for awhile then.