^ It's a decent show, but it got cancelled after one season. Robbie Amell and Mark Pellegrino were particular highlights. Most of the actors from the show have gone to do bigger and better things, but it does make me wonder what a second season would've been like.

#52
Tifa Lockhart said:
^ It's a decent show, but it got cancelled after one season. Robbie Amell and Mark Pellegrino were particular highlights. Most of the actors from the show have gone to do bigger and better things, but it does make me wonder what a second season would've been like.
Click to expand...
The acting on the show is the one thing that I will ardently defend, despite others labelling criticism there too. I thought it was really well acted, especially Mark Pellegrino, though I'd swap Robbie for Luke Mitchell.

Holy cow, it's the 20th anniversary today of the first ever Xena: Warrior Princess episode airing. Also just realised yesterday was the 25th anniversary of Mr Bean. This thing is almost as old as me? Bloody hell. 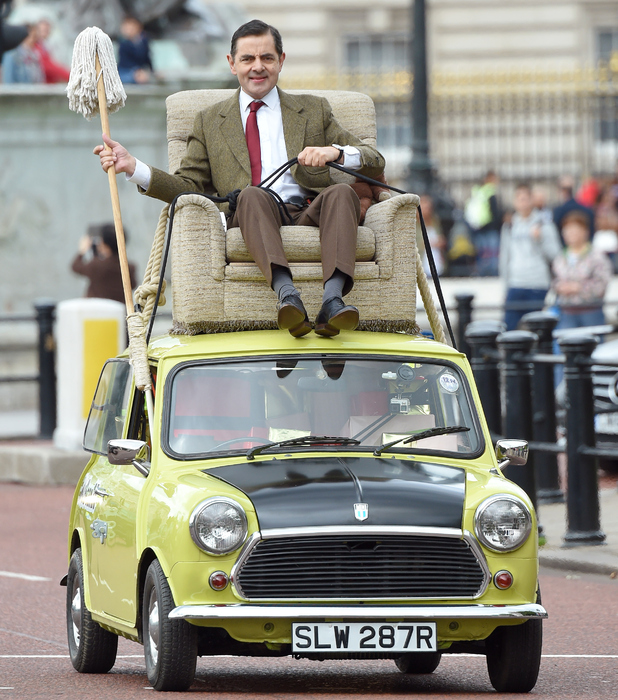 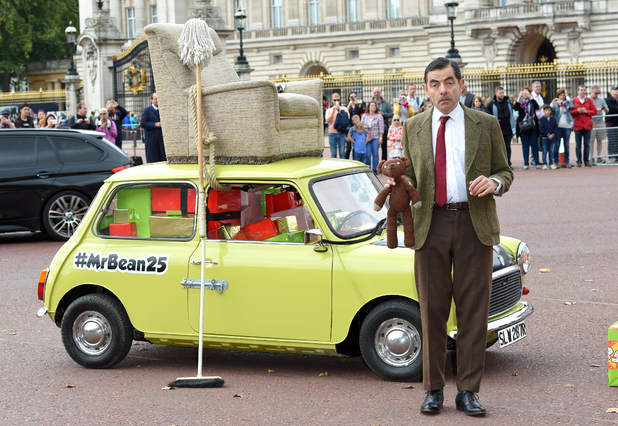 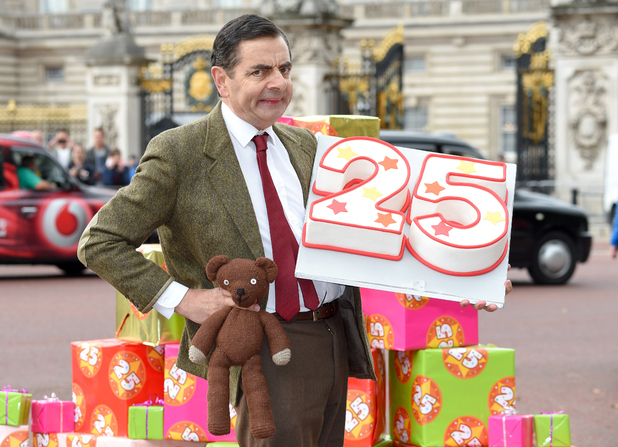 These pics are from a celebration outside Buckingham Palace.

#55
Tried to watch Between (a weird cross between Under The Dome and The Tribe) but it was really awful. Not going to bother watching beyond the opening episode.

Watched the first episode of Fear the Walking Dead. Seems alright like. even though there is no Rick Grimes to fap over

Got lots of TV to catch up on: Teen Wolf, Lost Girl, Once Upon a Time, Gotham and The Big Bang Theory. Currently back on Orange is the New Black while downloading all the latest episodes of the forementioned shows, almost done with the first season now.

I watched about two episodes of Narcos and I'm finding it way too Americanized. I really enjoyed El Patron Del Mal and I don't know whywhywhywhyWHY they didn't just cast Andres Parra as Pablo again. 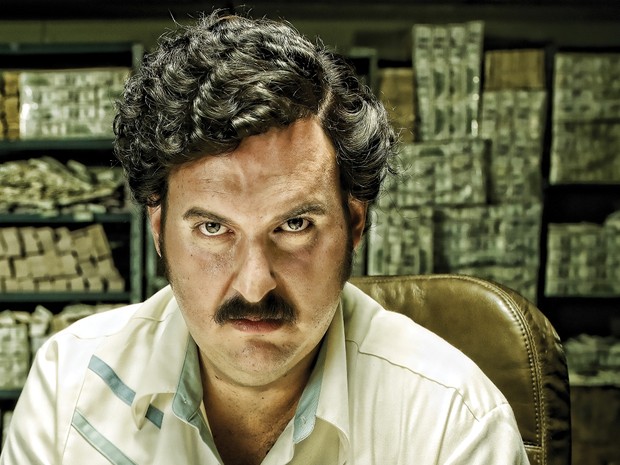 (From the American version)

Just got done watching Firefly on Netflix. Can't wait for next season!

That was not a sentiment shared by Fox. Watching the latest season of Survivor. It's quite a good season, it's very entertaining and the players in it are doing a lot of 'switching it up' like every episode. It's so fun to watch.

I crammed it all in the last few days, and by the gods, it's so good.

Marathoned the 100. Really good series but weighed down by a love triangle in the first season, then they overcompensated by throwing the center of it under the bridge in the second. And now Bellamy is being irredeemably stupid in the third.

^ I need to keep reminding myself to watch that. I've heard many great things about it, so it needs to be added to the watch list.

Saw an early screening of the upcoming series 11.22.63 with James Franco today.


It's about him going back in time to 1960 to prevent the assassination of JFK, hard to judge the series potential just on the first episode, most of it is Franco and Chris Cooper talking, which would be plenty but Cooper got drowned in old man make-up to show he time travelled. Series isn't overly concerned with the how (random closet in a diner sends you to a street '60 at an exact time, every time, going back to present is as easy as just walking back to the same spot on that street)

But it looks fun enough once it gets going, I'll try to second ep when it comes out.

First of all, I was pretty much spoiled that Barney and Robin's marriage wouldn't last. It didn't bother me pre-watching the show, but now I'm royally pissed off. Even more so pissed off that she ended up with Ted AND Tracey died. :/

I can see why there was such uproar about the whole finale now.

I'm glad that Marshall and Lily stayed together because I really liked them as a couple. <3

It also felt like a punch in the face for Barney to become a dad, as Robin couldn't have kids.

In my mind, a lot of the things from the finale didn't happen.

tl;dr Barney and Robin were better together, the mother dying was quite realistic tbh and it's basically the story of how Ted got together with Robin in the future.

#68
I kinda realise nobody watches Grey's Anatomy but episode 22 of season 12 needs to be talked about.


It was a custody case between two mothers, one the birth mother and one who legally adopted the child when it was born (the birth mother is bisexual, was pregnant, got married to the other woman). They're both prominent characters in the show.

The writing in this particular episode was a masterpiece tbh. Some red herrings were set up indicating that the birth mother would win custody (they tried to basically slut-shame and work-shame the other mother throughout the case) and the other mother (Arizona) wanted the kid to stay in Seattle, while the birth mother (Callie) wanted to move her to New York for a year (hence the custody battle). The more stabilising influence is definitely Arizona (Callie is very impulsive) but neither are terrible parents.

It was just, ugh, so so so well done. So many amazing lines and scenes I can't even tell you. THIS IS WHY I LOVE THIS SHOW STILL AFTER TWELVE YEARS.

Currently going through Warehouse 13. Their Artifact of the Week bits are pretty skippable but Claudia and Artie are the shit

Yaay new South Park season. First episode did not disappoint, it wasn't as err, wtf as the first episode of last season. Current events, and the return of some old favorites:
Giant Douche, and Turd Sandwich.
C

#71
The Clone Wars, Season 1. Not every episode is brilliant, but they're doing a fantastic job showing just how ginormously big an interstellar war would be, the kind of detail you'd never be able to get in a movie. You get the active fronts, courting neutral nations to help with supply, the listening post with five guys doing nothing for years, pirates and scavengers looting the aftermath of battles, assassination missions, prison breaks, refugees, betrayals, escapes, innovation and testing new weapons... it's so extensive, so thorough, and It's always made clear that there's so much more going on than we see.

Clement Rage said:
The Clone Wars, Season 1. Not every episode is brilliant, but they're doing a fantastic job showing just how ginormously big an interstellar war would be, the kind of detail you'd never be able to get in a movie. You get the active fronts, courting neutral nations to help with supply, the listening post with five guys doing nothing for years, pirates and scavengers looting the aftermath of battles, assassination missions, prison breaks, refugees, betrayals, escapes, innovation and testing new weapons... it's so extensive, so thorough, and It's always made clear that there's so much more going on than we see.
Click to expand...
I cannot wait for you to get past the first couple seasons into where they REALLY hit their stride and then carry that on in to Rebels. There is a TON of awesome in store for you if you're already fully on board by season 1, my friend.


Also, new stuff for me has been watching season 2 of Voltron, catching up on season 4 of Orphan Black (fucking finally), starting the second season of The Magicians, and watching Taboo, and soon to add Legion to that list.

#73
Hmm... see, I'd seen the first episode of Clone Wars and Rebels before, but didn't like either of them so didn't go any further. But since Rogue One, people in all my home forums (fora?) have been referencing them constantly, so I know stuff like

the final fate of Ahsoka...grr.
.
So since the canon is now small enough to be manageable, I thought it was time to catch up. Been reading some of the novels, found them pretty average.

But Star Wars is a brilliant world to play in, and once I started getting into Clone Wars... the format just works fantastically. I always thought it was a brave and excellent decision of Lucas to not go into detail about the CW in the movies, because it couldn't possibly do it justice. A multi year war is (and should be) insanely huge and complicated, add the space of..., well, space... to that, and the only way you could begin to do it justice is with this kind of show, which compounds the brilliance by picking up stories mid thread and not trying to show everything.

You never get the sense that this is the whole story, but it's incredibly comprehensive all the same, looking at so many aspects that could easily be overlooked in a lot of similar shows, like organising logistics and scavengers picking through the aftermath of battles.

It's a cliche, but Jar Jar is usually a low point. Also, 'fake surrender' not a good tactic, next time you need to surrender, it won't be accepted.

And when those are my nitpicks, you know things are going well.

Thanks, X, looking forward to the rest.

Finished watching season 2 of Voltron, it was better than season 1 and more ambitious but more flawed than the first.
C