Since it's probably gonna be ages until I beat all those bosses I just went ahead and spoiled the secret ending for myself.

Sora's power of Waking was to awaken the true Versus XIII, wasn't it? The absolute madman!

i looked at stat maxing and saw someone saying there's a soft cap (idk what that means) of about 160-180, and i thought i was probably at like 120 or something

currently farming twilight crystals in port royal, i'm up to 90 so only another 70-80 to go! (Note: It's just an article from The Onion. Enjoy the silliness.)

I find interesting how Nomura refers to Yozora as the False King.

Guess he's fine with someone else being the True King.
U

#1,232
I haven't played a KH game since KH2, but I looked up the secret ending and it is pure Nomura madness, oh my god. 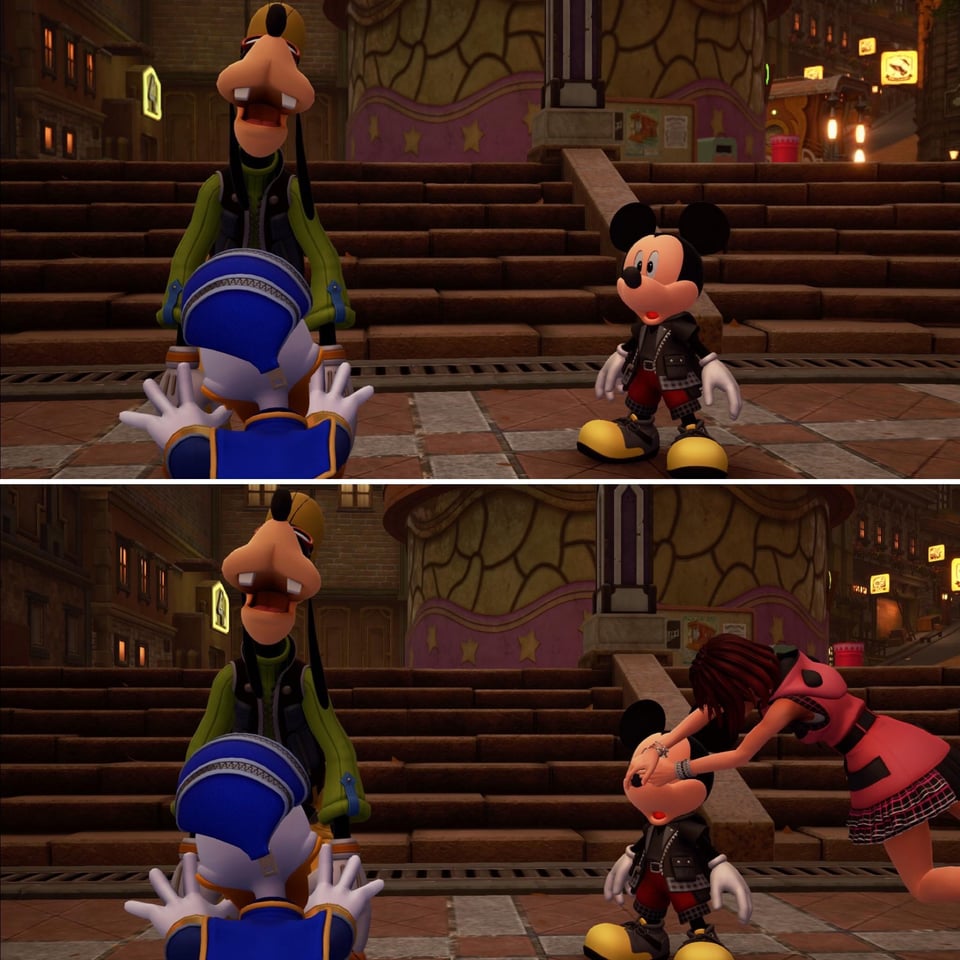 If what we've seen of Yozora is any indication of what Nomura's Noctis would have been like, then I am so glad VersusXIII got taken away from him.

#1,236
I wish Yozora's character design was different. I understand that this is a "me" problem, but I have a hard time telling him apart from Riku. I can only see the differences between them whenever the camera zooms in on Yozora's face. Otherwise, he looks like Riku in different clothes imo.

He bounces between looking almost exactly like Riku and then a younger, silver haired Noctis.

It's not the most inspired or distinctive design, aside from the heterochromia iridis.

He's almost a J-RPG cliche in this day and age, and it's thanks to the fact he keeps mimicing one of the most iconic, unrealized titles from Square-Enix. I don't see it as a good fit for this guy at all. I can't take him or his attitude seriously.

And if anyone truly believes Versus XIII's original intended plot is going to somehow be realized in any meaningful way through Kingdom Hearts/Verum Rex, then I direct you to the censorship of Eraqus' death, Aqua's choke at the hands of Terra-nort, the undead pirates in Port Royal, and the source material of Disney in general.

At best this will be a hack-job Versus XIII, where when we finally get to play the Insomnia Invasion scenario, it'll be Captain Hook invading Yozora's castle with his Pirate Ship, sending a bunch of heartless pirates and Gigas toys to riot in the streets while Not!Ignis and Not!Ardyn help you out.

There won't be a city where Yozora and his mafia-esque family rule with the protection of a Goddess of Death, and Yozora gets his powers from witnessing the light of souls crossing over to the afterlife. And Yozora won't have to deal with rival families trying to rob him and his family of their crystal through assassination and murder, while simultaneously having to kill rival families to protect his own.

That's not Kingdom Hearts. At all. Looking at DDD, even the mature themes from The World Ends with You were toned down.

So this belief of Versus XIII resurrecting in Kingdom Hearts is so baffling to me. It's nothing but aesthetics.
Last edited: Jan 25, 2020

Has anyone told Nomura?

#1,239
If Varum Rex was going to be it's own property and not related to KH outside of its cameo in KH3, he could probably get away with it. That doesn't at all seem like what he's doing though.

Really though, no obviously Versus XIII isn't gonna be realized through this. I think it's just fun allusions to Nomura's ex-project rather than him like 'losing it' or actually being 'salty' or whatever the current narrative amongst fans is.
U

Tetsujin said:
Really though, no obviously Versus XIII isn't gonna be realized through this. I think it's just fun allusions to Nomura's ex-project rather than him like 'losing it' or actually being 'salty' or whatever the current narrative amongst fans is.
Click to expand...
See, though, those narratives are arguably more parsimonious given the bizarre things we know about VersusXIII's development hell. He was planning to turn it into a musical as late in the game as 2012! I'm convinced the man is nuts. He got lead poisoning from all the zippers back in the day or something.

Gotta say, I love Ray Chase as the Master of Masters.

I understood this reference 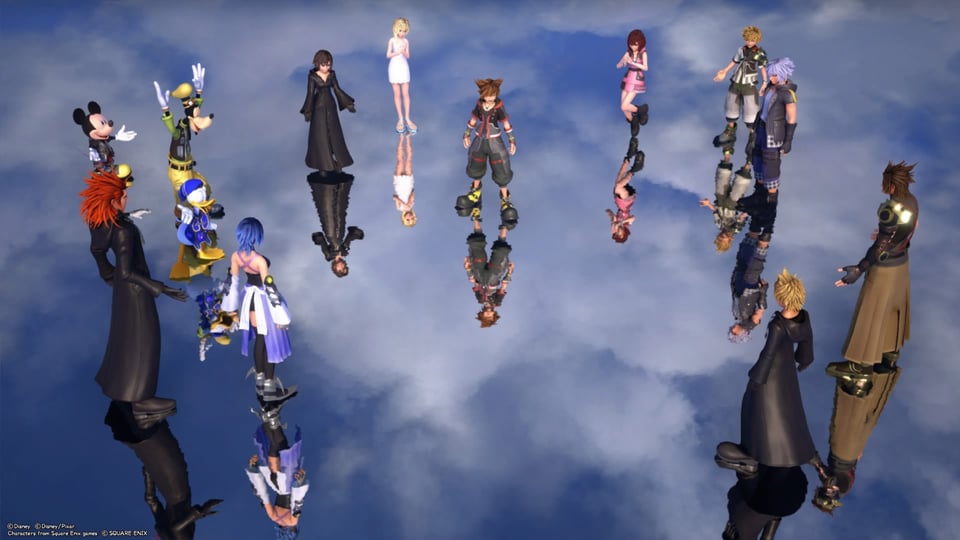 stat maxing isn't going as bad as i thought it would, if only i had had the foresight to have done this sooner

I'm still taking my time to play through 3, but about stat-maxing: it's best to focus on Sora only, right?