I want to be able to keep in touch with you but I don't use Discord. Give me a chance, man!

You'll be missed... until you're back, at some point, hopefully. I really mean it, hope you know that.

#27
I'm a dumby-dummy know-nothin', but doesn't it seem like from the way this "Resignation Proclamation" went down (I'm picturing your avatar with Air Force One behind you, doing the Nixon 'peace symbols'), especially given the corresponding outpouring of affection, fond memories, and displeasure at the prospect of absence, that said "Resignation" is no longer necessary? Seems to me like, y'know, you had the funeral, now lets dig that ol' body up and get to partyin'!!!

But, eef ju must enseest, I know I'm always on the fringes of this board social-wise, but you have always struck me as a very earnest, analytical, and well-meaning dude who digs him some Final Fantasy, whenever I have come across your posts in a thread. So, lame. Kupo. 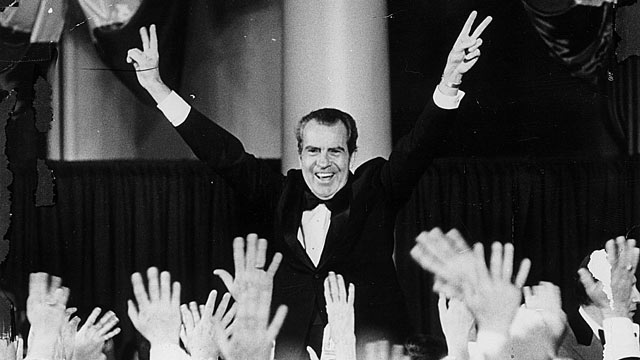 #28
I know I'm not too active on TLS, so I don't know what happened. I come by every now and then to see what's going on. Sad to see a longtime member go. No matter what, we'll all be fans of FF7.

Good luck with everything in the future and I hope you come back one day! <3

#30
Hi everyone. I hope it's alright to necro my own thread. I didn't feel like making a new one.

I often wondered when I would come back to TLS. I thought about it at the start of this year but it was too soon. Then I told myself I'd wait until I had some good news to share with you but there hasn't been any. Finally, I thought I'd wait for the Remake to get a release date, but after stopping by to watch your E3 restream in the early hours of this morning, it still doesn't feel right.

This past year has been the hardest of my life. After I left, I realised I just don't know how to interact with other people properly. I thought the best way to avoid conflict was to stay emotionally distant and treat everyone the same. I was wrong. I acted that way through selfishness, not to avoid problems but to avoid blame. Despite recognising that behaviour in myself, I didn't know how to replace it, and I still don't.

This thread is titled "leave of absence" but I've come to decide I should leave TLS for good. There are a few loose ends to tie up: I still have full access to the front page via Wordpress; I'm still able to manage the TLS Twitch channel through my own account; and I probably still have FTP/SCP credentials, though if I do, I've long since forgotten them and they're not saved on my computer. I haven't and never would abuse those powers but it's still best from a security standpoint that you remove them. Regarding the front page, I had planned to rewrite part of it so the first three articles don't need Javascript to be displayed - a feature inherited from the base Fraction theme - but I obviously won't be doing that now. I still think it would be a worthwhile thing to do if you can find someone with basic PHP knowledge and a bit of time on their hands.

I feel I should mention FFXIV. I left the TLS Free Company a couple of months ago because I wanted to take advantage of the free world transfer period to sell my small private house in Shirogane. When I came back to Cerberus, I was without an FC for a while as I considered what to do. It didn't feel appropriate to rejoin the TLS FC - or at least ask to be reinvited - when I no longer had much of a connection to the community, so I ended up starting an FC from scratch instead. There are no hard feelings on my end; I haven't removed any of you from my friends list and I'll happily /wave to you when I see you in Shadowbringers. FFXIV is pretty much the only social interaction I get these days so I hope it won't be weird.

I still remember the giddy sense of excitement I felt to be part of this community when the Remake was announced. It's hard to believe that was four years ago. I miss that feeling. You've grown and improved since I left, and while I'd never try to take the credit, I'm proud that I helped lay the groundwork. You're going to soar even higher next year, I'm sure.

I miss all of you, too. I'm sorry if I treated you badly. If you ever want or need to contact me, my Discord tag is in the original post of this thread. Flintlock out.

#31
You will always be remembered as an epic addition to the TLS pantheon. Thank you for everything.

#32
I really hope this is just the end of a chapter in your TLS life, Flint, and not the end of the book entirely.

I can't speak to what went on to make you feel like this, but you'll always be one of the coolest people ever to grace this forum, in my opinion. I look forward to welcoming ya back somewhere down the road. Might not happen but I'll keep upbeat about the prospect

Keep well, brother and give me a shout anytime ya fancy a chat!

#33
I took care of your Wordpress permissions and Yop removed your FTP access some time ago. The Twitch thing I'm not sure about, we were unbanned last night so I'll have a look at connected accounts today and ping you on Discord if I need you to unlink anything.

Beyond the technical stuff, I hope life improves for you and thank you for your various contributions to TLS. You were the first community manager, but you won't be the last!

Best of luck with everything, Flint! Thanks for the good memories shared!

Good luck, Flint. I sincerely hope things improve for you

#36
Lex said:
I took care of your Wordpress permissions and Yop removed your FTP access some time ago.
Click to expand...
I wasn't sure, because I was still able to access the admin panel last week. It's fixed now.

Thanks for the kind words, everyone.

#37
Bye Flint... I hope your life gets better, and you get the happiness that you deserve.

#39
I'm not the best at keeping up with people because of how busy I tend to be (and when I have free time, I selfishly spend time disconnecting my mind on stuff I find fun), but I hope you know you can always contact me about anything, Flint.

I may not be good at actively starting things but I can definitely keep stuff going. So anything you need or want, even just a chat, let me know.

Did you just say FFXIV is the only social interaction you have right now?

As a concerned citizen I must protest your departure. Idk your reason for leaving in the first place but it is my humble opinion that people are allowed to grow and change and make amends. Unless you committed a hate crime or something, which I sincerely doubt. I strongly encourage you to keep in touch in some way. This community is constantly growing and changing and whatever this place was when you left, it’s not the same. There are a lot of people here who want to see you happy and healthy and now there are even more of those sorts, actually.

When you say you’re struggling and you’re lacking social interaction, and it’s been a whole year of this kind of suffering, my kneejerk reaction is not to say “ok, fare thee well”, it’s to rattle you and ask you what supportive services you think you might need. So I’ll holler that in case this is TLDR:

IF YOU NEED HELP, ASK FOR HELP

Loneliness can be a dangerous thing, prolonged loneliness even moreso. Consider deeply then the words of Howl, especially if you believe that your mind is being devoured.

#42
I believe you no longer being here was the first step to the end of an era, one that was my time too. Things haven't been the same without you and I miss you.

Take care, Flint. I will always remember your hugs. I wish you wouldn't leave and I'd prefer it if you stayed a lurker instead, but I respect your decision. Just... take care, alright?

I'm sorry to hear you feel that way, Flint. I think you could find that you still have a place here if you decided to give it a try. I hope you do find other groups beside FFXIV to interact with. I dunno when I'll get around to Shadowbringers, but I'll talk to you on CC when I can. Much love

I'd rather you stay but if not...farewell and take care, dude!

Damn, when I initially saw your post Flint I genuinely thought you were coming back then I read further and well my heart sank.

I'm really sorry you're permanently leaving us all Flint, if its what you need to do then do what's right for you, but I really do hope you drop in from time to time in the future.

I still remember you @Lex and @Fangu and I way back in the earlier years of TLS having our little foursome Skype chats in the evenings and using the then TLS chat server, some really fond memories in there!

#47
I'd not suffer alone, and perhaps seek out a therapist who can help you process these issues you're having. Sometimes social stuff is just a case of trial and error. If you make mistakes people are usually forgiving if you can show comprehension of the wrong committed, etc. Becoming reclusive isn't a solution, if that's what you had in mind.

I'm late to this one, and you may not see it, but dude. I miss you. A lot of us do. I'll support you in whatever decisions you make, but please please know that you'll always have a home here at TLS. It's just not the same without you.
You must log in or register to reply here.
Share: Facebook Twitter Google+ Reddit Pinterest Tumblr WhatsApp Email Link
Top Bottom