Did you watch The Star Wars Show interview with Ahmed Best talking about it? The way that they deal with failure and other things like that, and the fact that they're so amped for the kids to win just makes me so glad. All of it makes me super happy.

#2,377
Nah, I just watched the trailer. Something like this, it's so easy to go for the quick and cheap option, but you can tell from the production values that their hearts are in this, it's not some throwaway deal.

The Twilight Mexican said:
Also, it is simply impossible to reconcile Martin's description of The Force with what we know of the Prime Jedi, to whom the above chant belonged. Long before the Jedi Order of the Republic era became oblivious to their deterioration into the hamstrung pawns and political puppets of corrupt bureaucrats and other officials -- and even before a rogue Sith faction split from the original order to have borne the Jedi name -- the Prime Jedi were equivalent to what fandom hypothetically refers to as "Grey Jedi." Per pg. 246 in the New Edition of "Ultimate Star Wars," "the Prime (first) Jedi [were] at balance with the Force—in peaceful coexistence with both light amd dark": Click to expand...
I just came across a lovely addendum to this from the "Secrets of the Jedi" book, compiled by Luke himself (from an in-universe perspective anyway):

"Using the Force properly is all about finding balance. And some Force users, particularly Force-sensitive children — known by the Jedi as Younglings — are able to tap into its energy without an obvious alignment to either side. The Force simply flows through them in its purest form. Based on the constant struggles I've witnessed between the light and dark sides of the Force, perhaps their innate neutrality can teach us all a valuable lesson."

I liked that book quite a bit. I'm glad that they're taking a break to focus on some different areas of storytelling for a while, and letting this latest one settle.

Has anyone else been seeing these rumors?:

What do we think?

Also, jeez, another cool thing that could have been in Episode IX:

I wouldn't mind totally disregarding the sequel trilogy, the whole thing was a half-baked mess of wasted potential, but that's also a really bad look for Disney. Would they really want to throw their hands up and say "haha just kidding that didn't count!" You can never do "Episode VII" again now, not without coming off as a bunch of hacks anyway. They're also never going to be able to get the original trio of Mark Hamill, Kerry Fisher, and Harrison Ford together again, so throwing out the last Star Wars media featuring them together would be sad.

The Twilight Mexican said:
Has anyone else been seeing these rumors?:

What do we think?
Click to expand...
I think Cosmicbook News is an unreliable garbage site run by people with an agenda

Tetsujin said:
I think Cosmicbook News is an unreliable garbage site run by people with an agenda

The rumors have been running for a couple of weeks through various outlets, from at least a couple of sources.

The Twilight Mexican said:
Has anyone else been seeing these rumors?:

What do we think?
Click to expand...
That reads something like the hivemind of r/saltierthancrait would write.

What does Disney gain from it? Moreover, if Disney hasn't disregarded the prequel trillogy despite fan dissapointment at the time (dont let history revisionist fool you) then I don't see them doing it for the sequel trillogy.
C

#2,386
I've heard them, but I don't think there's any reason to think they're credible. It seems extremely unlikely.

Isn't Star Wars land also mostly based on the ST? Like with first order parades and stuff? They'd have to really rework that too. They'd be better off just moving on without straight decanonising those movies.

at least the fans kept up the fine star wars tradition of “harassment of actors because you didn’t like a movie they were in” but thankfully (?) there were no kids getting harassed this time

The Twilight Mexican said:
Not really the question.

The rumors have been running for a couple of weeks through various outlets, from at least a couple of sources.
Click to expand...
Reliable sources though?

I feel like I have heard variations of this for years now. People have a hate-boner for Kathleen Kennedy. Usually the alt-right or incel types. I wouldn't put any stock in it

Oh, we certainly hear this sort of thing every few weeks from the YouTube SWJWs ("Star Wars" Justice Warriors) as I call them -- but this at least has Grace Randolph saying it's true as well.

Now, depending on who you ask, she's either a toxic conservative or a flaming SJW. But that's also true of me.

So I like her, trust her, and tend to appreciate her input even when I disagree.

Doomcock on YouTube has claimed that a Star Wars "civil war" is taking place within Lucasfilm between Kathleen Kennedy and those loyal to George Lucas...

...Doomcock previously said the new head of Lucasfilm could be Jon Favreau, or Doomcock said the new head of Lucasfilm could be a neutral third party so as to calm the dissension among the factions that support Kennedy and those loyal to Lucas within Lucasfilm.
Click to expand...
The idea that there are these sort of factions internally at Lucasfilm seems pretty laughable when you look at Kathleen Kennedy's history working with George Lucas, as well as the fact that she's still actively involved in projects like The Mandalorian just as much as she was with the Sequel Trilogy, and how all of those people interact whenever we've seen them in things like the BTS for The Mandalorian.

I just think that most of the reeee-ing masses don't understand that what George Lucas did, what Kathleen Kennedy does, what Dave Filoni does, and what Jon Favreau does aren't all the same thing. Like putting Favreau or Filoni into Kathleen Kennedy's role is pulling them away from the things that you like them for, and giving them less ability to make the things that you like, not more.

Also if she just wraps up her contract normally or whatever it is for how things are set up for her, those people feel like they'll be getting a victory out of what is quite literally non-news. Lots of people who step in to leadership roles during transitional periods like this only stay there for a certain period of time before moving on. If all she wanted to do was make sure that things with Disney got into place and grew to a point where she felt that things were in good hands when she left – then that's pretty much exactly what we're seeing.

I just always keep in mind that these are the same people who would loathe George Lucas' sequels of the journey into the microverse even more than what we got with the Sequel Trilogy, but they'd never admit it.

My 2 cents is that with TFA & TLJ being literally back-to-back, what IX really needed was a bigger time gap to let Kylo Ren really be the Supreme Leader, and see what it was like to have a Skywalker ruling over the galaxy, before bringing it back to Anakin's legacy of being an enslaved kid outside the reach of the Republic. I feel like the space between VIII & IX should have been a whole region to explore and tell stories the way that we got with Clone Wars, and it's pretty clear that Star Wars Resistance was originally going to be an early version of that. However, everything with the development on IX, Carrie's passing, and all of that momentum & stability fell to bits. They they just soldiered ahead with IX anyway, and we got what we got from that, so that they just made the smart move and decided it was best just to leave it be & let it alone for a while.

That's why I think that the grain of truth attached to all of this is that they're not pushing on expanding content around the time period of the sequel trilogy – but that much was pretty obvious with the focus on the High Republic that was announced months ago. Everyone knows that Episode IX wasn't a solid landing to grow from for telling new stories, and that they'd focused storytelling efforts elsewhere.

I think that if they are introducing a "Veil of the Force" thing, that it'll be a label for telling "What If?" type stories like what if Maul & Ahsoka DID team up together to go stop Anakin, and other things like that that are clearly interesting to audiences. It would let them explore a lot of things like "Infinities" used to, and eventually give them a way to feel out what to do with the era around the Sequel trilogy. It would also let them tell stories that ignored the sequel trilogy, so I feel like some small piece of truth to that + Kathleen Kennedy potentially passing the torch in an entirely normal and uneventful way got spun up into the crazy rumor mill & that's how we got fed the information. 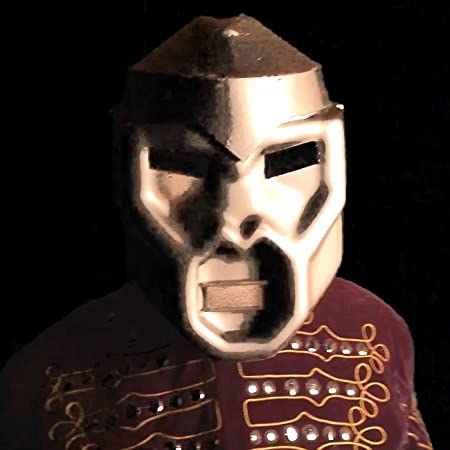 is this just some guy on youtube saying stuff

#2,393
In skimming the article I thought for most of it that some poor soul had the last name Doomcock

#2,394
Fandom always seems to think it knows more than it does, and who exactly to blame. Like George before her, KK is getting the 'bad things are blamed on them, good things are credited to other people' treatment regardless of what's true or not.

#2,395
This alternate title crawl for Episode IX is quite interesting
C

#2,396
Sadly I read the comments while waiting for the image to load, which kind of ruined the moment. Ah well.

As the article notes, of course, this isn't nearly the only comic to have mysteriously fallen off Marvel's schedule without explanation, but it's certainly the most high-profile book to have done so, and the one most guaranteed to be a satisfactory seller.

In the SDCC @Home, Trevorrow talked about Episode IX a bit, and showed off the unused TIE Marauder, which looks like a TIE Fighter hybridized with a B-Wing. I really love it, so I time-stamped that part of his conversation & showing the model in the video:

Another quote from him on Episode IX in this panel is:

"That was just an experience that obviously you can imagine, it can get to the point of being traumatic when there's something that you care about that much, and you've invested that much in it, but that's one of the things that you accept when you take on any role in film, especially when you become a storyteller, that there are gonna be heartbreaks. There's gonna be crushing disappointments, and then there's gonna be victories, and hopefully, they'll balance out in the end."

There're some more quotes of those bits here if you don't want to watch through the whole panel (I would HIGHLY recommend it, as there's still a ton more than they mention in the article).
https://www.looper.com/230264/colin-trevorrow-gets-real-about-his-traumatic-star-wars-9-exit/

#2,400
Nice remix. Something about it reminds me of Castlevania music.