Video Essays on film and gaming

Was recommended this. Will watch in a little bit, but figured it might be worth sharing here.

Moviebob completes his 3 parts analysis video for his one-off "REALLY THAT BAD" spin off of his main show "REALLY THAT GOOD".

Part 1: Revisitioning of the basics of the film's all-encompassing missteps - from a terrible screenplay to a poorly-structured story to hideously ugly visuals to a seemingly willful hatred for its audience and subject matter - while also answering many of the most common "defenses"


Part 2: Diving deep into the story-structure, themes and individual sequences that add up to one of the most bafflingly ill-conceived features of all time; including in-depth focus on the infamous "Knightmare" and "Martha Moment" scenes


Part 3: Closing out on a close look at director Zack Snyder's career and relationship to the superhero genre and ask whether or not there was ever a chance for this project to work out, if the DCEU franchise it was meant to establish can still be salvaged and look into the future of the superhero genre itself.

Oh h*ck I was going to poast this for a while now but, here's a pair of good videos on the special effects used for Back to the Future - basically, robot-operated cameras and models and very specific (partial) editing techniques. Looking back, pretty amazing it was done without (or, given the 3d shark, minimal?) CGI:

I've read some of Ito's shorts before... I don't think I've been able to take the concepts behind most western horror seriously since. I think becasue there's very little (to no) subtly behind most of it? Also... more creativity would be good...

This is a pretty nice analysis of City of God. I especially like his take on how the color themes of the different eras represent Rockets views on those eras.

That said if you have never seen City of God before I highly suggest giving it a watch before seeing this. It's an incredible film based on true events, though I will admit this is not the type of film one can watch a million times. At least I can't by the end of I always feel exhausted due to the themes and events of the film just being over all rather sad.

Spoilers for lots of Nolan's films.

I watched this this morning!

I admittedly was in the "Killzone was totally legit" camp back then haha.
I completely forgot they teased motion controls way back then as well, it even predates the Wii. Until this video I was perfectly content letting Nintendo have that and wrote off the PSMove as a reactionary cash in xD

Click to expand...
lol tool are n00bz in mathcore liek fibonnaci is scrub lvl try a

Just came across this video, it's a very good mini documentary on (in this case) the C&C franchise:

I had pretty much stopped paying attention to the series after Generals, I think I played a bit of Red Alert 3 but don't remember anything about it. A shame the Frostbite engine game got canned, that thing looked good as shit. I do think / hope there will be a proper reboot of the franchise soonish, it's got a huge amount of potential. 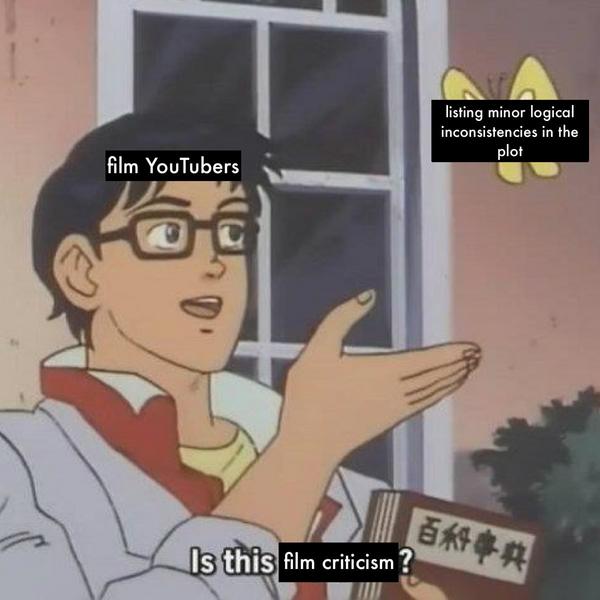 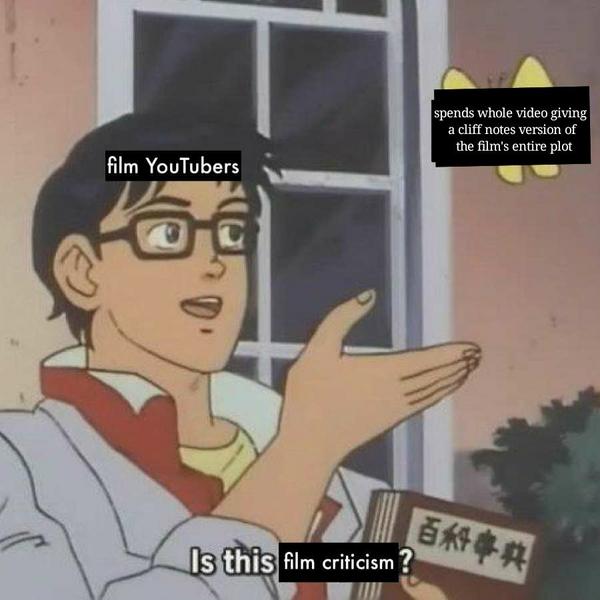 this is more about videos than sharing a video. but it's something i've thought about lately. nitpicking or plot-summary-with-jokes videos are amusing sometimes but having something more would be nice

I've seen a fuckton of youtube shit about movies, often they reveal things I didn't realize so that's pretty good, but I can see how it can go over the top.

Every Frame a Painting really popularized this type of content. Unfortunately a ton of the people who started giving it a shot were the type of kids who couldn't finish an essay in High School without repeating their point 20 times over.

It's really a shame EFaP ended up quitting and we got stuck with people like nerdwriter ._.

And this is why I tend to prefer commentary to criticism. Commentary will often point out the positives of of a work as well as the negatives while criticism tends to stick to only pointing out the negatives. I know that's not what criticism started out meaning, but it's frequently only used to point negatives out nowadays.
You must log in or register to reply here.
Share: Facebook Twitter Google+ Reddit Pinterest Tumblr WhatsApp Email Link
Top Bottom