ForceStealer said:
We determined you can turn off the maps/markers though, right? I know you included the questlog in general in here, but personally, logs I don't mind. FFXII would be benefited greatly by one for me, personally. Don't even need markers, but even just a list so I can remember something if I happen to put the game down for more than 24 hours.
Click to expand...
If you ain’t remember yer sidequests, y’dont deserve that platinum, boy.

#702
The very start of the opening gives me Shadow of the Colossus vibes.

Cannon_Fodder said:
The very start of the opening gives me Shadow of the Colossus vibes.
Click to expand...
absolutely the first thing that came on my mind, the imagery is just that similar.

.......the last bit of generosity I had towards that new intro was just squashed. That’s a cheap fuckin rip off man.

How is that a rip off?

A literal birds eye view of a setting, showcased by an actual bird soaring overhead is a common cinema technique. That trope certainly wasn't only done by Shadow of the Colossus, since FFVII predates that game by eight years. Warcraft III Reforged used the same type of opening too.

The Remake's opening is a clear thematic homage to the final ending scene of FFVII where 500 years later, Red XIII overlooks that cliff with his cubs and a flock of healthy birds fly overhead towards a Midgar overtaken by nature.

Now, in the opening showing the beginnings Midgar, there's only a single, sickly and emaciated bird flying towards an industrialized Midgar filled with smog.

Yeahhhhhhhhh all right, sure I guess? Just kind of stupid to replace your original and iconic opening shot with a trope already used by two other of the most celebrated games ever.

They're referencing their own work here in the opening, by having it reflect the ending.

You know, bringing it full circle since FFVII begins and ends with Midgar.

I have very mixed feelings on the new opening. On the one hand, there is a lot of very cool world-building being done to contrast the barrenness of the land outside Midgar with Midgar itself. On the other hand, everyone knows how FFVII opens. The star field turning into mako fumes and the streets of Midgar has been an iconic shot for over three decades. Getting rid of it for something more generic leaves a bad taste in my mouth. Even if they can do some cool book ends several games down the line.

The new opening also feels very tacked on. I could just "hear" Barret's voice over it while describing the situation of mako making the land around Midgar empty of life while the people of Midgar just go around their normal lives. It felt like a cutscene that was planned to be later in the game being copy/pasted somewhere else.

I do like the decision to put the chorus of One-Winged Angel here. It's a huge wink to long-time fans and just general added eeriness for newcomers.

I don't expect SE to gain any favours for changing the opening sequence like this. Quite the opposite. It feels like a change just for the sake of change and at the cost of not nailing what should be a slam dunk of a game opening.

They're referencing their own work here in the opening, by having it reflect the ending.

You know, bringing it full circle since FFVII begins and ends with Midgar.
Click to expand...
I hear what you’re saying. I never liked the idea that the secret ending is some kind of framing device for the whole story rather than just an epilogue.

Chalk it up to personal preference, but if this is the real intro the Remake already fails to live up to the hype for me. I’ll see myself to the negativity thread now...

#710
Mr. Ite said:
I hear what you’re saying. I never liked the idea that the secret ending is some kind of framing device for the whole story rather than just an epilogue.

Chalk it up to personal preference, but if this is the real intro the Remake already fails to live up to the hype for me. I’ll see myself to the negativity thread now...
Click to expand...
I mean, obviously it's the real intro. Why would they upload something called "FINAL FANTASY VII REMAKE - Opening Movie" if it's not the actual opening?

#711
Obsidian Fire said:
I don't expect SE to gain any favours for changing the opening sequence like this.
Click to expand...
You and Mr. Ite are literally the only people I've seen express negative opinions over the additions after seeing dozens of reactions and comments today.

I know there are a few people who are going to gripe about every single change, but I feel like most people are welcoming the additions because it makes the game a new experience, instead of just a rehash with prettier graphics.

I’ll give it that: It establishes from second 1 that it has no interest in telling the same story. Maybe that’s a good thing?

Ugh. Whatever. I’m gonna buy and play the game, so I should just let them get on with it and shut up...

#713
Just watched the opening, and it is glorious. The initial part was intriguing with the approach through the badlands, gives us a hint of what's to come in Part 2, but when the main theme kicked in, the sweep over Midgar began, and the logo came up... holy nostalgia, Batman! Goosebumps and chills everywhere - it was like a dream come to life at long last. Ain't no gettin' offa this hype train we on! Can April get here any faster?

At first i was off-put by the new opening, by now I find it okay. I really like how Midgar isn't revealed in its entirety until the classic pan out from the original.

You're shown the wasteland, then a bird. Your eyes follow the bird. There's a structure in the distant. Looks massive. The bird flies in. You get a close-up of the steel, then of an advanced part of town. The camera moves to the streets. You see continuing construction. Kids playing outside. They watch a reactor ignite. This is their daily life.

The lyrics from One-Winged Angel are also a nice touch. It's not immediately recognizable and creates a foreboding atmosphere.

However, it's all fluff. It's not necessary, as the original was fine without it, but it's not terrible either. 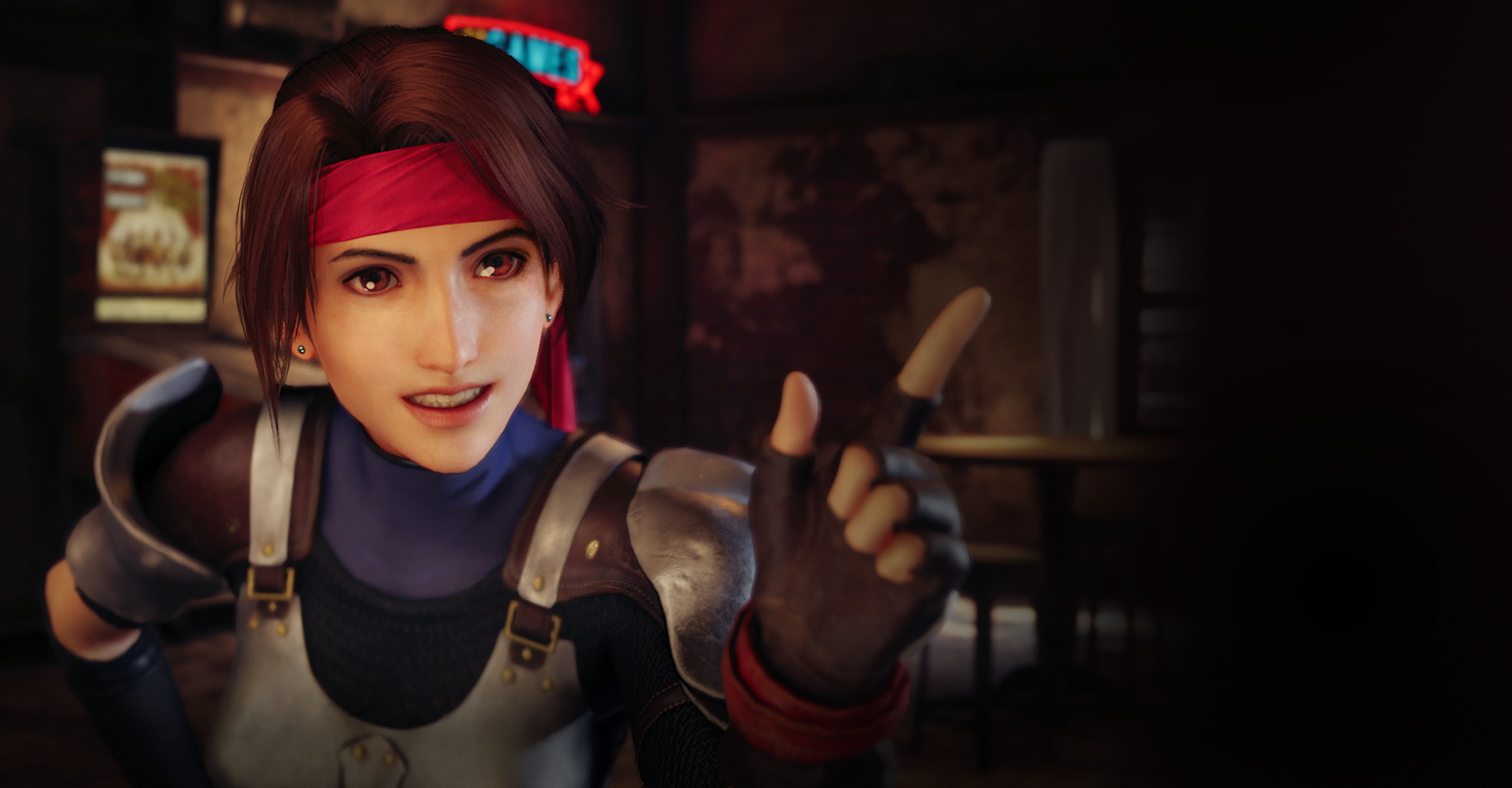 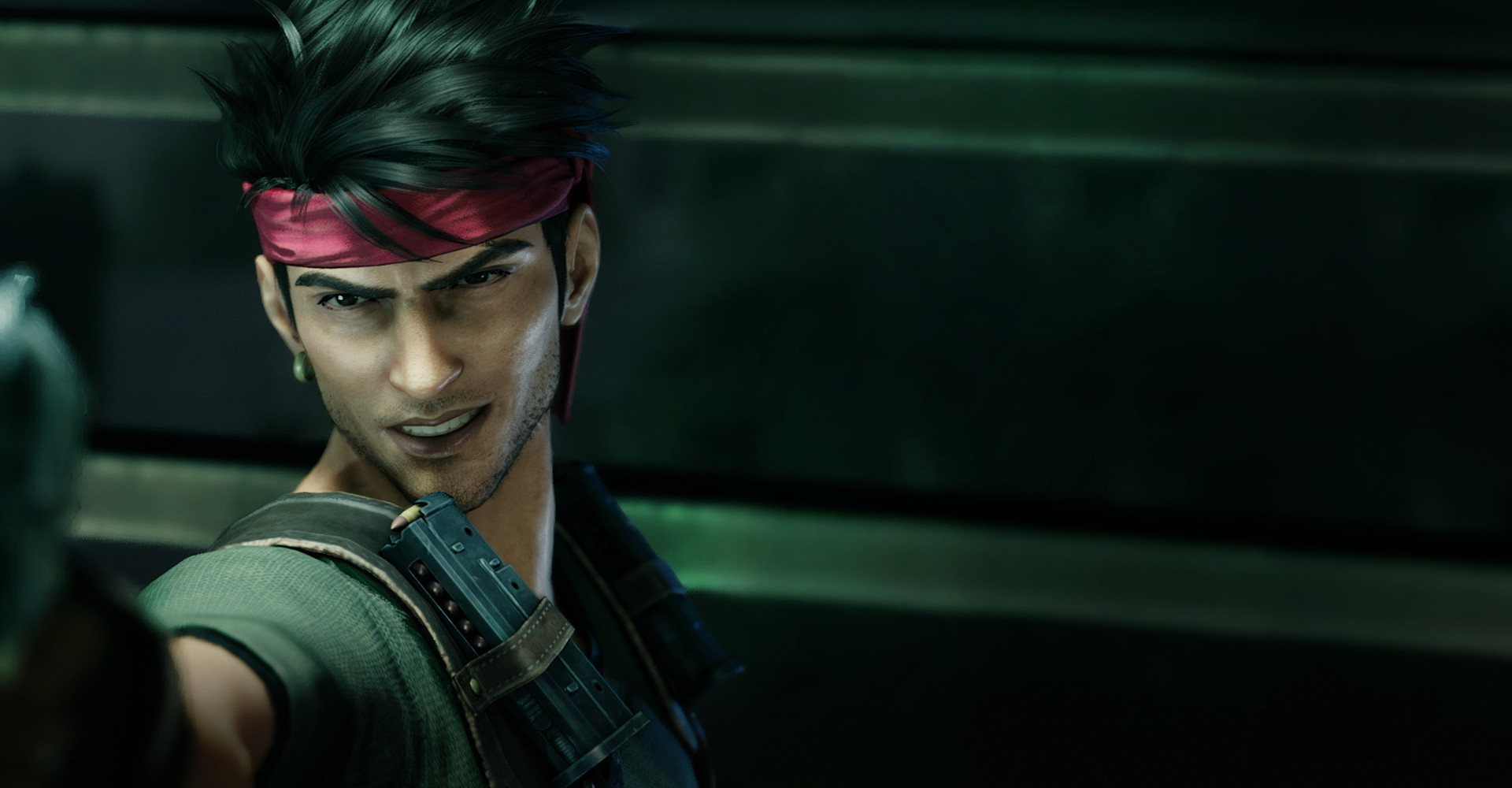 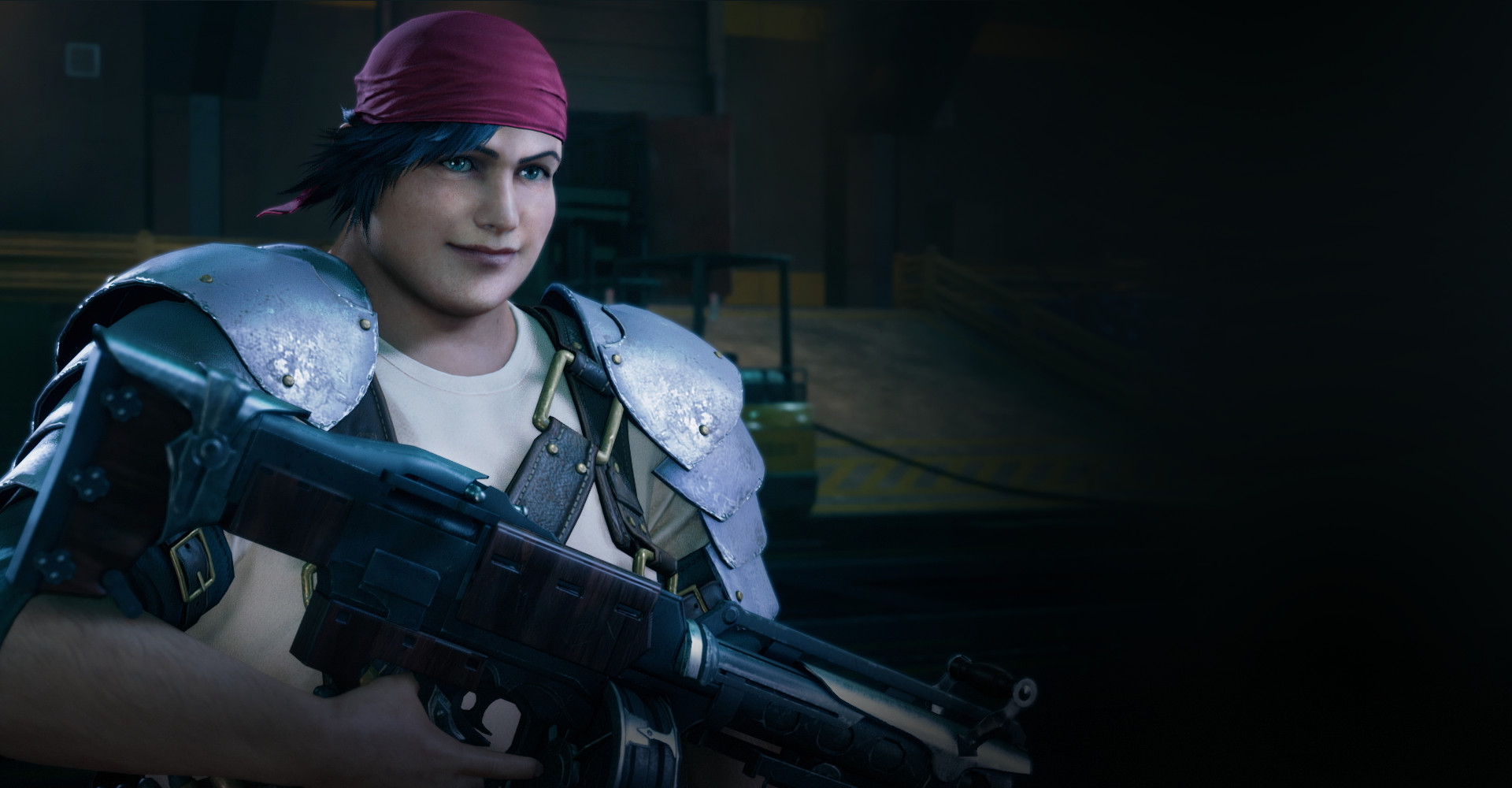 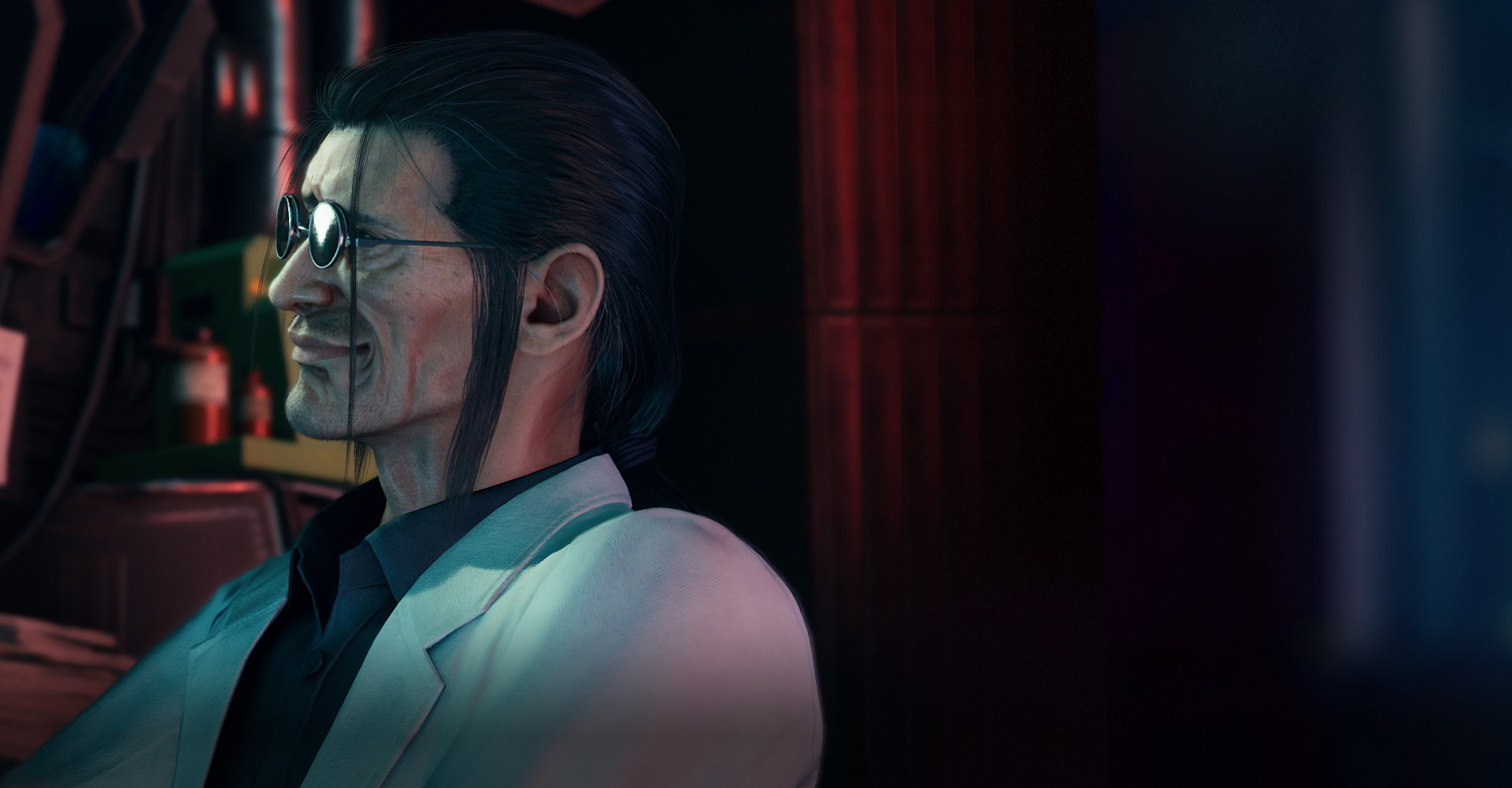 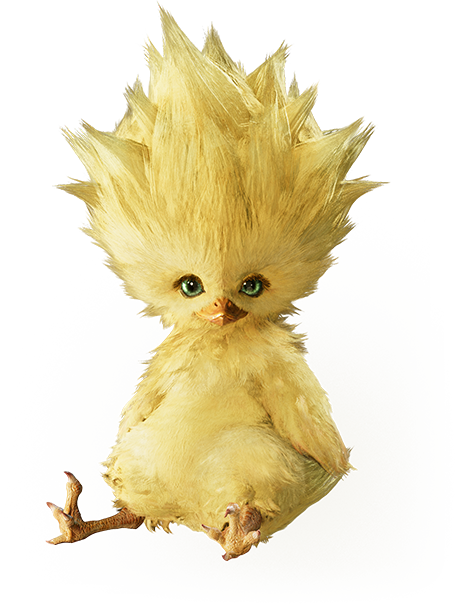 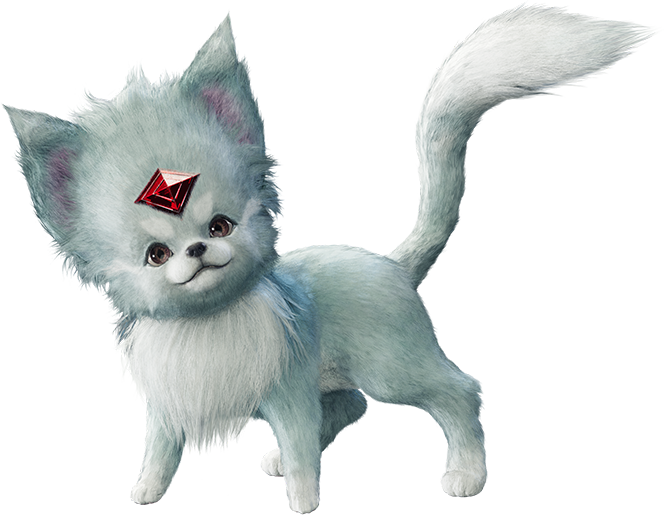 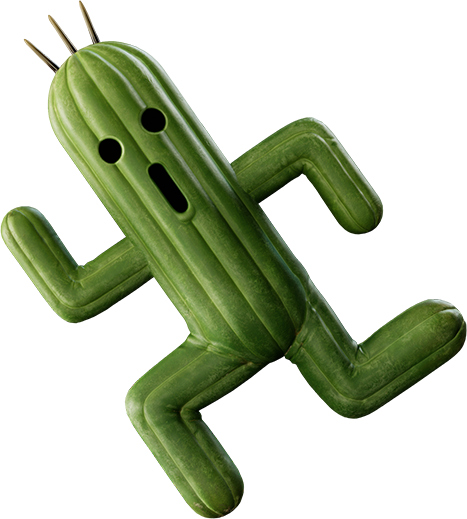 #718
Very nice, Cloud-S! Did those come from the Japanese website, too?

Hopefully we'll get them for Reeve and the rest of the Shinra execs as well eventually.

that Carbuncle is definitely produced by shinra, it just looks like a freak experiment.

I am really digging the Hojo redesign. He almost looks like he could be the absent-minded scientist who forgets his projects half-way through them...

#721
Wol said:
that Carbuncle is definitely produced by shinra, it just looks like a freak experiment.
Click to expand...
Because there are no freak experiments in FFVII

#725
Y'know, looking at the Hojo render now and when the first image of him leaked a month ago. Outside of his much more welcomed gritty-looking face, there was something else I liked but I couldn't quite put my finger on it until now - the glasses. He just had some regular ole' boring glasses throughout the compilation and looked just there in every scene he was in. Now he just stands out like he did in the original.
You must log in or register to reply here.
Share: Facebook Twitter Google+ Reddit Pinterest Tumblr WhatsApp Email Link
Top Bottom