Has the recipes of a pretty good movie, what's holding it back from reaching that level and making it just a fine movie is the lack of stablishing context, something that could have been fixed with about 10 extra minutes.

Impecable action all around. Excellent action directing, pacing & composition, that's all that needs to be said.

#3,452
I've been going to the Neuchatel International Fantasy Film Festival, and last night I saw a very odd film. "Fly Me to the Saitama," an adaptation of a manga by the same name. It's a fantastical riff on the rivalary between Tokyo and its neighbouring prefectures Chiba and Saitama. The manga was originally BL, so one of the 'male' leads. Momomi, was played by a woman whom everybody addressed as a man (like the principle boy in a British pantomime). Momomi was the student president of Tokyo's most elite school. The other male lead, a 17 year old exchange student, was played by Gackt. The script and settings were unbelievably wacky, and the actors all played their lines as if they were in a serious drama, which made the whole thing hilariously funny.

The other film I saw was from Malaysia, "Fy By Night", describe in the program as "Intense Neo-Noir." It was very much of the school of Tarantino, except that I hate Tarantino films and I liked this.

The Lion King
I quite enjoyed this. There were a few parts in the end where there was a scene cut that was a little odd, but it was just neat to see the story in a different way, especially since I'm less attached to the old Disney films while she's more attached to them, and it's interesting to see what we enjoy the same and differently about them.

Spider-Man Far From Home
Jeeze damn this was good. It hit me way, Way, WAY harder than I was prepared for because of personal reasons, but damn was it a fantastic Spider-Man film through and through, and that ending was just everything.

Midsommar
My favourite YouTube creator made a review where it's described as, "Wes Anderson's The Wicker Man" and by god, it was fantastic. It's also exceptionally poignant for personal reasons, but jeeze man. It's fucking intense.

a murder mystery with Jennifer Aniston and Adam sandler,the two leads had chemistry and supporting cast did enough.

I really enjoyed this:the body (el cuerpo).
its well scripted with a Great storyline,while it never gets massively exciting it was tense enough all the way through to keep me interested.

bohemian rhapsody it's the only film i've seen twice this year,the music is well placed throughout the film culminating with live aid at the end

Isle of Dogs
I didn't expect I would have liked it so much. Visually fantastic and with a story that tightens your heart and makes you think.

I agree with you,isle of dogs truly amazing!

Finally got around to watching Oblivion; I only seen one trailer and a lot of praise BUT no spoilers about it so I went in pretty much blind. Good movie, did enjoy, :+1:

#3,460
Watched the Rocko's Modern Life movie/special (it's like 45 minutes long so it's not really typical movie-length) since it's up on Netflix now. I enjoyed it - it's fun and it has a good message.
I'm sure a certain subset of people out there are salty because of the trans character, which is kind of funny on a meta level in that these people are missing the (very clear) point of the whole special and are literally doing the thing the show pokes fun at.

It also completely nails the look of the '90s show, and it's nice having it on Netflix since pausing lets you catch the background gags.

Watched Blade Runner (Final Cut) for the first time, it was an interesting watching and I liked its world-building, its themes, its atmosphere, but for some strange reason it put me to sleep when I watched it. I guess there's something about its execution that doesn't work for me, even though I usually like slow-paced movies. It looked pretty. I may watched BR2049 later.

Another one was Man of Steel, as someone that never quite liked Superman, this was a solid and enjoyable movie, the only thing that's relatively weak is
Superman killing Zod, it's not bad but it could have worked better if the movie dwelled why killing is such a burden for him
that issue aside it was a solid 8/10.

Suicide Squad (2016), easily the worst DCEU movie, it was not as boring as expected but was way more uninteresting than I anticipated.

#3,462
The Miseducation of Cameron Post, which I really, really enjoyed.
C

#3,463
Resident Evil: Vendetta. Not quite as good as the previous two, the animation looks off somehow, but one thing I love about this universe is how the death always has weight. Constantly being the sole survivors is really grinding down the leads.
C

#3,464
Terminator: Genisys. I was not expecting a good movie, but it turned out to be genuinely great.

Honestly struck me as a Coen Brothers film. Terrific script, great casting, solid efforts from all. Cruel and funny in equal measures. If you can sit through a movie that relies on wit rather than explosions, watch it at your earliest convenience.

Yeah, genuinely the first time I've seen this, not even joking.

I'm not going to get into the question of whether this story copy-pasted elements of Battle Royale (it blatantly did) but judging by this presentation against BR the film and BR the novel, I don't think it's fair to compare the two. The Hunger Games clearly targets a younger audience with simpler concepts and cruder instruments.

In a vacuum without such comparisons, the film was still, sadly, rather dull. The characters were boring and poorly developed (if at all) — a criticism I aim at the adaptation rather than the source material, as I have not read the books. The plot proceeded predictably, and not in a way I approved of. At no point would I say I experienced a feeling of suspense and neither did I particularly like either of the protagonists from District 12. Katniss should have been stronger and, frankly, she just baffled me.

The other characters I couldn't even name. Honestly, the performances that stood out to me were those of Elizabeth Banks and Stanley Tucci, in flickering, supporting roles. Their brief appearances were sufficiently fun and bright to perk me up before falling asleep.

Not something I would watch again, and neither something that inspires me to watch the sequels. The film mostly just made me think of how much I enjoyed Snowpiercer. 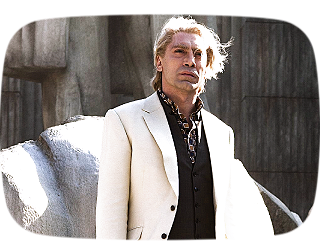 This being a James Bond film all but precludes any possibility of it getting a good score.

The protagonist is the same womanising action figure, but now with some kind of traumatic childhood that I'm supposed to give a shit about. This aspect made no sense and James Bond being an asshole didn't need any kind of explanation.

The film's saving grace is the antagonist, an agent gone rogue played quite effectively by Javier Bardem. Lacked the aura of unease Bardem created in No Country For Old Men, but he is, nevertheless, the most interesting thing on the screen for the latter half of the movie.

The biggest eyerolls undoubtedly occur when the villain is taken into custody and a Big Bang Theory-reject Q spouts some offensively wrong tech bullshit shortly before chaos ensues, thanks to the villain's "years in the making" scheme to escape being taken into custody (lol) and to assassinate his captors.

Prior to this segment of the film, however, nothing of interest had occurred at all. 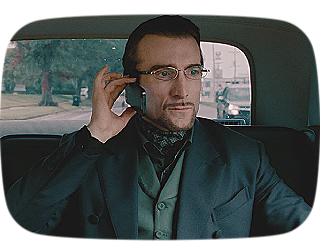 Skip. Just don't even contemplate wasting your time with this. Watch the original if you haven't seen it. 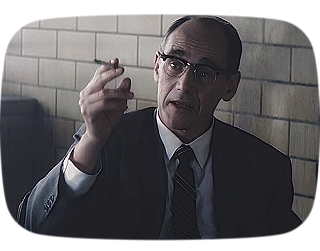 I suspect this is probably a pretty decent film if you're interested in biased, half-true stories of Cold War stupidity.

To be fair, I didn't fall asleep. 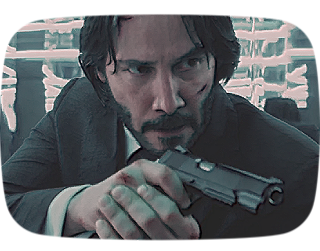 You watch this — and it gets a respectable score — for some of the best gunplay since Collateral. And for its lack of pretense. Guy kills retired assassin's beloved dog, retired assassin acts accordingly.
Last edited: Dec 29, 2019

Lord of the Rings, extended editions because off course

Good movie, good performances. Check it out if you're interested in the sexual harassment lawsuit against fox news a few years ago.

after never really knowing what it was about but being vaguely wary of it, i watched the 1998 film version of cats (really just a recording of a stage performance) and i have completely changed my opinion and am psyched to see the new film. all these critics trashing it, y'all just too weak

to more seriously comment on, i like a fair number of the songs but i think as a story it's a bit weak. maybe because of being a sung-through musical based on a book of poetry (idk if 'old possum's book of practical cats' has a story running through it or not). most of the show is just songs introducing new cats one after another, the only part i thought had some narrative flow was 'macavity' followed by 'mr. mistoffelees' but even then it's more the placement of the songs and the actions on stage than the content of the lyrics. those are two of my favourite songs though

i read some fan interpretations that all the songs introducing new cats are meant to be them trying to say why they should be the one chosen to go to the heaviside layer, which i like as an idea but i don't think that really fixes like 85% of the show just being cat introductions

i am now deep into cats lore

i'm still expecting it to be a mess but i just really want to see it now. from stuff i've heard about star wars that sounds messy and i want to see how much of a mess it is, but now cats is my number 1 hot mess movie to see

Gripping and at some points suffocating. I don't understand why the vitriol against it in recent months. It tells a story of

a survivor of mental, physical and (suggested) sexual child abuse, who has to struggle with mental conditions, the need of both medical and human help, and finds none in a city full of assholes who would bite at you even if you only offered a gesture of kindness.
All in all, this movie had roughly the same effect in me as Episode Ardyn.

#3,472
Personal Shopper. I remember hearing good things about this, but I thought it was pretty underwhelming. Kristen Stewart's performance is legit good and there are certain things that the movie does really well, but overall it felt like it didn't know what it wanted to be.
Like, it has genuinely eerie moments that are really well shot and then it also actually shows a ghost (which is, IMO, almost always a mistake). It's not even like the movie really needed to do this to establish that there's actual supernatural stuff going on and not a "is she crazy?" type thing - other characters can see stuff like the scratch marks and broken glass. Then there's the whole unknown number texting thing which manages to be somehow be simultaneously kind of tense, since there is a sense of danger, but also boring because it is supremely obvious what character is sending the texts. It could've been an effective horror film, psychological thriller, or character study about grief, but I don't think it really manages to mix all these things together that well.

An enjoyable film that you can't recommend