Le sigh. I'll wait for the Remake of 2. This is just complete rubbish to me.

That looks to be complete trash. They haven't learned from the last shoot em up.

RE, RE0 and RE4 all coming to Switch.

deadline.com said:
EXCLUSIVE: Resident Evil is headed to television. I have learned that Netflix is developing a scripted series based on the hit action horror franchise. I hear the series will be a Netflix global original. German production and distribution company Constantin Film, which is behind the Resident Evil movies loosely based on the Capcom video game series, is the studio. Search is underway for a showrunner to shepherd the adaptation.

No one is commenting but I hear the plan is for the series to expand the Resident Evil universe and deepen the exiting mythology. I hear the series will keep the basic premise, which also served as a setup for the movie franchise. The drama series will explore the dark inner workings of the Umbrella Corporation and the new world order caused by the outbreak of the T-virus. While the project is in early stages, the series is expected to incorporate all ofResident Evil’s signature elements, including action sequences and “easter eggs.”

The Resident Evil film franchise, launched with the 2002 Resident Evil, consists of six movies to date, produced by Constantin, which had acquired the rights to the video game series, and distributed by Screen Gems. The franchise has cumulatively earned $1.2 billion worldwide to date to rank as the highest-grossing film series ever based on a video game.

Paul W. S. Anderson was behind the six-movie series, which starred Milla Jovovich and wrapped in 2016 with Resident Evil: The Final Chapter. Since then, Constantin Film brass have discussed plans to reboot the franchise, including as a TV series. Last month, the company hired Johannes Roberts to write and direct a potential feature Resident Evilreboot with a new cast.
Click to expand...

#683
I hope to God that the Netflix series is based on the games and not those horrible Paul W. Anderson films.

#684
Not holding my breath, since they have been attempting this for years ... though the Netflix deal could finally make a Resi TV concept see the light of day. Looks like they've decided to just scrap that Arklay police drama idea and go for something more on the Umbrella Corp side. Hhm. Could work. Will wait to see more on this.
C

#686
It's still being done by Constantine Films ... so I'd set any hopes rather low until we hear more about the project.

I gave it a fair shot. I tried to enjoy it. I truly did. Played Leon’s campaign first, and while I don’t agree with the common opinion that it’s the closest to survival horror out of all the campaigns, I can see that they tried. Cool. Moving on to Chris and Piers.

“Enjoyed” is a strong term, but I didn’t hate it entirely. I liked Piers. I asked the boyf to play with me to make the most out of it. We made it to the last boss... and then it happened. The shitty camera movements as you run from HAOS and avoid falling. That was when he began to be extremely annoyed, for good reason. After a lot of nerdraging and retries, we get to the final part where Piers gets infected. Again, the controls, the inventory, EVERYTHING about this fucking game frustrated him (as it did me, but I got more patience I guess). This was when he finally said fuck it and refused to play further. I wanted to see the ending, so I was forced to play on assisted to end my suffering since I was low on bullets and patience.

I’ve never touched it ever again. 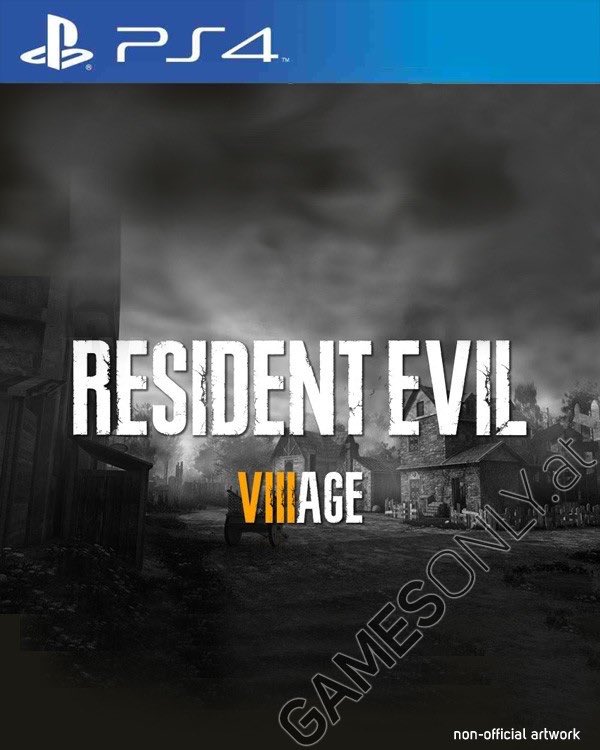 #690
I'm not sure what my hopes for RE VIII would be ... so I'm really intrigued by everything revealed (except for the main protagonist). Sigh.

Lulcielid said:
‘Resident Evil’ TV Series In Works At Netflix.
Click to expand...
UPDATE: When the Wesker kids move to New Raccoon City, the secrets they uncover might just be the end of everything. Resident Evil, a new live action series based on Capcom’s legendary survival horror franchise, is coming to Netflix. The 8 x 1 hour episode season will be helmed by Andrew Dabb (Supernatural), Bronwen Hughes (The Walking Dead, The Journey Is the Destination) will direct the first two episodes. 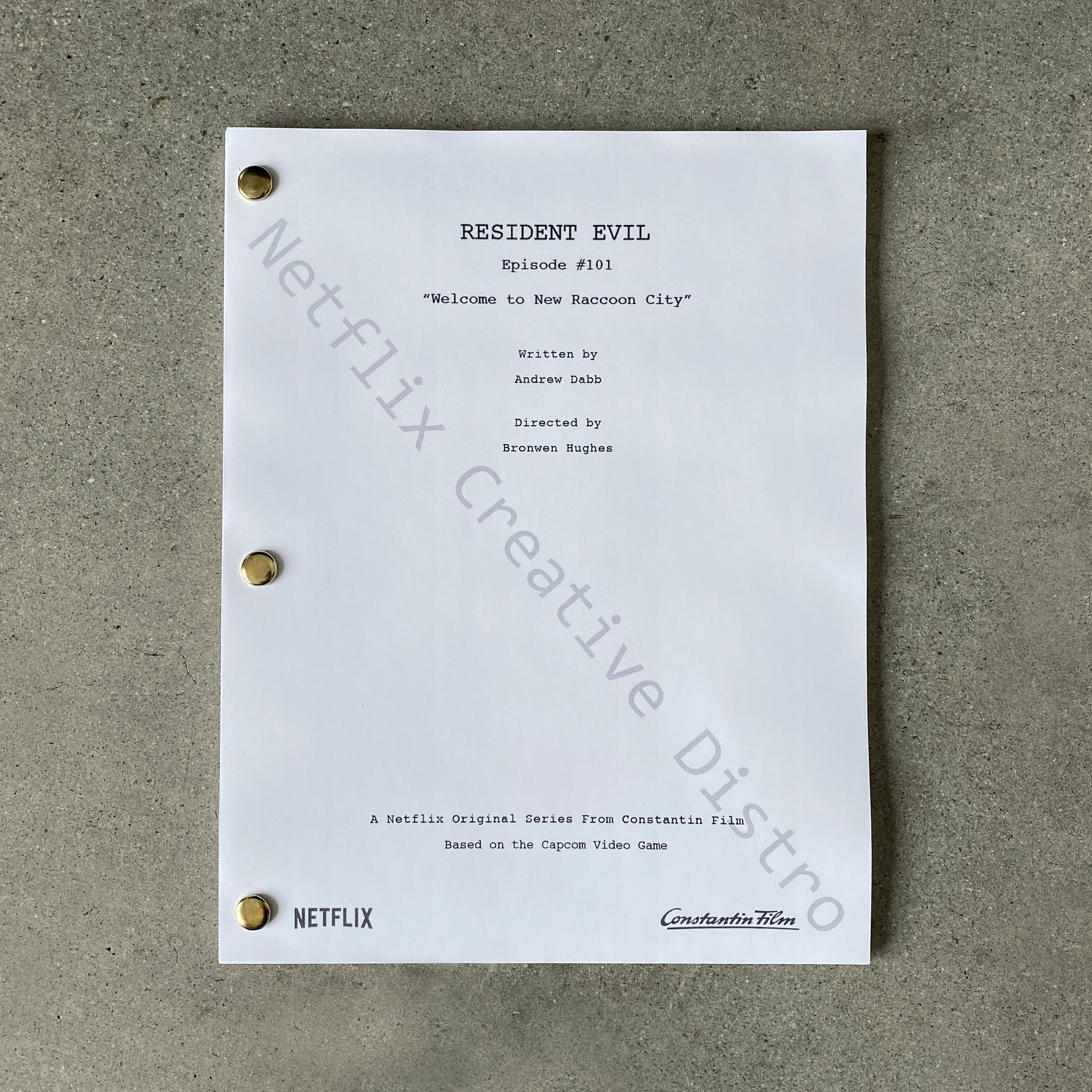 #692
I just found out about this and I'm already lowering my expectations.

I'm excited. The the RE series is already incredibly silly by itself. I am down for whatever dumb fun this TV adaptation will bring.

I mean, once you take the tv series as an independent storytelling experience that's not meant to hew closely to the game's primary continuity, you can just sit back, relax and enjoy it for its own merits.

Writers behind Supernatural and The Walking Dead penning a story about two daughters of GOAT villain Albert Wesker?

This series will be released into the streaming atmosphere ensuring complete global saturation.

I just hope they get the feeling spot on rather than anything else. Accuracy to lore aside, if it feels like RE1-RE4 atmosphere-wise, I would be satisfied.

But it feels like any Netflix show is a wild card. Death Note? Absolute bottom of the barrel. Castlevania? Pretty good.

New CG movie coming to Netflix on 2021. Will feature Claire and Leon.

#697
Given all the shit they've put up with in well lit areas, and they go around with a shitty torch here? Crazy brave :p.

fill it with crazy nonsense action scenes, that's all i ask of these films

The figths in the last movie were something special.

The fact Chris Redfield shows absolutely no fear taking a bullet to the face and just goes all in on having a gun fight less than 2 feet away from someone speaks to something about this man's mental state. He's just 100% all day everyday.

Goddamn, that movie was lit. LOL really is a trip how old that movie is.

You know the guy who made the Grudge directed that film