#1,301
If they wanted to appeal to the public, maybe they could've put the designs to a vote. This looks like the work of an out of touch studio head.

(in all honesty I don't think it's THAT bad, but my expectations were extremely low

#1,303
I really don't understand why they wouldn't just make him look like Sonic...? Everyone knows what Sonic looks like. He's been in the dang New Year's parade, lol

I mean they made Pikachu look like Pikachu, just a bit more furry. Or in other words: Pikachu isn't as much a clusterfuck as this is

EDIT: What if this is a conspiracy to make the pokemon CGI movie look good in comparison?

#1,305
Cthulhu said:
I mean they made Pikachu look like Pikachu, just a bit more furry. Or in other words: Pikachu isn't as much a clusterfuck as this is

EDIT: What if this is a conspiracy to make the pokemon CGI movie look good in comparison?
Click to expand...
If it is, I think it's working

. I still find the super realistic CG Pokemon off-putting, but they're not nearly as bad as this Sonic design.

I still can't believe this is real. Is there any rationale behind changing the look of Sonic's eyes besides people memeing about the one giant eyeball thing on the internet? Is it supposed to help with expressiveness or something? Even with that aside, why they felt the need to redesign Sonic with those proportions, detailed fur, and non-cartoony arms and legs is really baffling. Like, imagine how insane it would be if Disney suddenly tried something similar with Mickey.

Because Sega is creatively bankrupt when it comes to Sonic. They're out of touch and see him as nothing more than a doll. A puppet who's to be reupholstered and re-strung every so often to meet their bizarre, focus-group backed demands and branding strategy.

It took fans to make the best selling and most critically acclaimed Sonic game in 10 years and judging by Sega's marketing strategy, they probably should hand him over again to Christian Whitehead not only to help them make a profit, but to just save their brand from embarrassment.

#1,307
How involved is Sega with the movie, though? I had a look at the movie's wikipedia page, and it seems kind of unclear - it's described as a joint venture (Sega, Paramount, and others are listed), but apparently the executive producer said he didn't think Sega was entirely happy with the eye design. Though it's hard to tell if that means about Sega's control over the character design - like, if they OK'd it anyway with reservations or if they didn't have control over it. It's really weird that Sega would be OK with a movie deal that didn't let them have a significant amount of control over how Sonic looks, with Sonic being their mascot and all, but I guess I'm just having trouble wrapping my head around how this design came to exist. I know Sega doesn't have a good track record with the series within the past decade, but they haven't had an actual Sonic design that looks this bad, have they? I'm not really all that familiar with the series, but hasn't Sonic's design in the modern/3D games been generally pretty similar to the Sonic Adventure design?

The fact Sega sought out to create this film "strategy" to promote Sonic in an attempt to woo new fans and further his brand is proof positive Sega is out of touch. They have no clue what fans of Sonic want, enjoy, or find memorable about him. They don't even know what makes him appealing or how he can be appealing. That's not even including the litany of other questionable game decisions they've done with him. Sonic Forces, anyone?

And have Sega had an actual bad design for Sonic?

Well. Let's not forget what almost dethroned Sonic 2006 as the worst Sonic game ever made.

Boom Sonic (also known as Toon Sonic) along with the rest of the new cast designs were heavily criticized, along with their buggy, crappy games. It was another needless reboot that served no purpose at all except to just re-do Sonic for some needless, marketing, corporate strategy that just blows up in their face as usual. What's hilarious about that game series was that the actual ideas Big Red Button wanted to incorporate would have actually been cool, but they were stripped away at the last minute and Sega forced them to dumb down all the gameplay elements and shoehorn a bunch of garbage and redesigns that made the game the shit show it's known as. Ironically, the cartoon wasn't a disaster as the game and had its good points, but the negative publicity pretty much tarnished the brand from the jump.

Boom Sonic coexisted with Modern Sonic, the depiction that's been his relatively stable appearance since Sonic Adventure since 1998, until Sega just ignored him after his last game for the 3DS. And Modern Sonic was just the de-facto Sonic, with Classic Sonic being another version of him that was featured in games that were a callback to his appearance from the Genesis era. Modern Sonic is how he appears in Smash. How he appears in everything else. No one has any problem identifying Modern Sonic, or relating to his "brand personality" except in the imaginations of the marketing suits who are paid to come up with bullshit to sell to people in order to make a check.

Notice how Mario doesn't have to go through weird, reimaginings and "brand personality" tweaks and he's just able to exist, as is. Thanks to his memorability and creative input from game designers and creators. His identity is stable and consistent.

Same with Mickey Mouse. Pikachu. And most well done mascot and characters.

Sonic is the only one who is absurdly varied, thanks to Sega just not being able to get their shit together and pick a formula for Sonic that works. They don't know who they're marketing to or what their fanbase even is with him. Giving Sonic Mania's development to Whitehead was about the smartest thing Sonic Team ever did in 15 years. They probably need to do it more often. 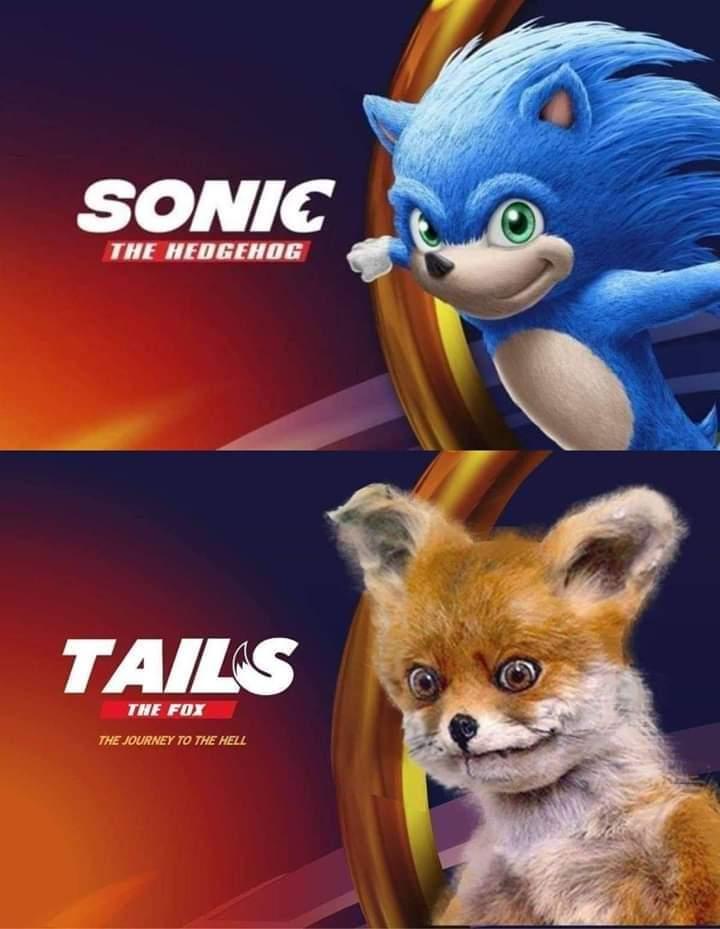 Someone saw this... like actually LOOKED AT THIS and said, "Yep, that's okay." I mean... someone out there APPROVED this design... this person needs to be fired immediately.

SANIC looks like a fucking badass compared to this.

It looks more horrifying than Sonic.exe

Like, whatever producer or director approved this is an epic-tier shitposter who somehow got into Hollywood and is now trolling Sonic Fandom at a studio level. This is just... The absolute worst thing possible for Sonic, like ever. Like, holy shit I'd rather they make a movie about Sonic 2006 with just footage of the game spliced into it than watch this....

So a few things.

Several reports are saying all of these designs... are NOT the final design. Some people are getting their hopes up now... but I'm not. In fact I personally feel like it can only get worse at this point.

But something that kind of made me hopeful is there was a reddit user posting about this movie who apparently saw it at a test screening. He didn't really have anything that negative to say about the movie. Jim Carry apparently killed his role as Robotnik, Ben Schwartz doesn't do any super special voice for Sonic but the acting is done well, as are the others. He said it was cheesy but enjoyable.

I won't mention anything I read of the plot here (I mean I don't even know if this is legit or not) but I will say it's something better than I thought it would be. It sounds interesting, but also kinda eye rolly in spots.

I'm only thinking it might be legit for two reasons.


But who knows, we'll see. If the final design can make Sonic's eyes a bit bigger and his pupils more narrow, and then add some gloves, we might be onto something if this post is for real

Also maybe I should link the reddit thread:
https://www.reddit.com/r/SonicTheMovie/comments/ayfi5j
Last edited: Mar 9, 2019
U

Showing a some new badniks, such as a Cactus on wheels and a Pterodactyl. There's even a Scorpion that must have been reworked into the one in Sandopolis.

They were on backup floppies that Tom Payne had in his possession. They were backed up but the files on them were in their original formats that were reversed by the guy that made Noesis. He didn't comb through everything so more might things appear.

There's a little level list in one of the documents too, where they were deciding what badniks appeared where. It's the only time the Ice stage has been mentioned. The levels are:

#1,318
He looks like Freddie Mercury cosplaying as michael jackson

#1,320
The only thing I liked about that trailer were the rings in the Paramount logo.

#1,322
I was getting curious about this movie

Then I watched that trailer

I mean, look at this shit: 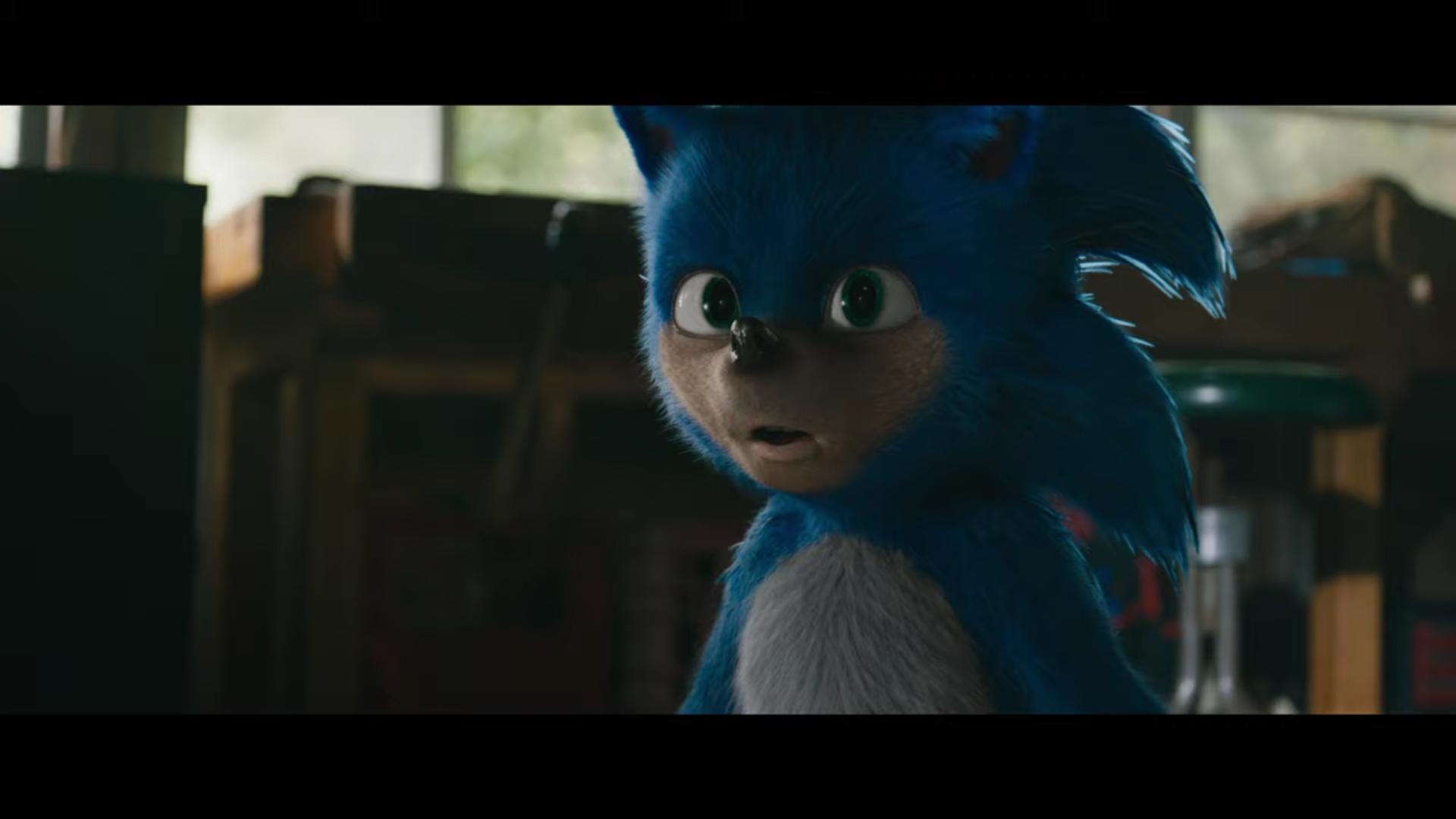 This is the stuff of nightmares

A good friend of mine is a huge Sonic fan and she was so hopeful... I didn't wanna crush her with my laughter but this is just, too fucking funny.

Sonic's status as a memelord will never die.