you know what pisses me off the most about this trailer? The thing that has me boiling right now?

The dynamic between Robotnik and Sonic is on point. Jim Carry as Robotnik seems perfect. He's exactly how he should be. A complete pompous asshole who thinks everyone is beneath him. They also got Sonic's personality right and the voice is really good (though I have a soft spot for Roger Craig Smith.) The plot seems interesting and the action scenes look pretty good as well.... Honestly, the trailer made me genuinely laugh a few times so I can tell it has good humor. This could have been a good movie. This could have been the Sonic movie we've been waiting for....

And they had to COMPLETELY fuck it up making Sonic look like that. Like... HOW? WHY?... He looks like a guy in a bad suit. Next time just hire a guy in a suit! It'll save money. ugh...

if you told me they got clamp, the manga group famed for their characters with long noodly limbs, to design this sonic

i would believe you

#1,330
I wonder if they're actually aiming for so bad it's good status? If they just said "AHAHAHA... fooled you" and dropped a kick ass Sonic trailer, that'd be genius marketing. Someone should do that with a well-loved franchise anyway, if not this one

. I don't think that's actually what's going on, I think that obviously Sonic has mostly been in bad hands for the most part of almost two decades now

It doesn't even look like a Sonic film done poorly, but a film in general done poorly. I can try to enjoy a film and pretend it is not related to a familiar franchise generally, but if this were completely unrelated to Sonic, I'd only probably give it a 2/5 stars based on the trailer alone. Almost every creative decision is bad, like yeah, random Gangsta's Paradise? Wat. I prefer the look of the Jim Carrey Robotnik at the very end of the trailer, barely.

Hollywood has yet to learn that mixing Earth with fictional worlds is not interesting, specifically if that's not what the source material is about. It seems to be a film aimed at kids or a family audience also, but can we not attempt to feed viewers (even kids) something with some level of intelligence? This, like a lot of crap out there, doesn't come across as intellectual on any level. I feel dumber for watching it.

Some person(s) made some kind of "HD remake" video (iirc) of Sonic 1 or 2 at least a few years ago now, which had plot development going on in the background while the platforming stuff is going on in the foreground. That's the kind of thing I want to see in a Sonic movie, minus the gameplay elements. Who knows what Sonic is in the minds of other people though. To me the comics, and everything else don't figure into it much. I'd be all for a silent (bar soundtrack) action-packed adventure/slapstick visual comedy. I think I even saw some official Sonic short films recently that were good. Why can't they string all that into a movie?

This film would (further) diversify the "pool of ideas" (I'm currently blanking on better terminology) future Sonic projects can draw from, I guess, but I do not feel for the better. They need to go back to basics.

Another thing that bugs the crap out of me, supposedly they made Sonic look like this so he could blend in with the real world settings... but he's a freaking ALIEN in this movie. He's not from Earth so it makes no sense, at all.

Being a sincere Sonic fan at this point is pretty much just masochism.

You should've given up hope about a decade ago really.

#1,333
Disagree, Sonic Mania is phenomenal. It's nearly as good as S3&K, which is the best game in the franchise. And Sonic Generations before that was great fun too.

Colours on the Wii was pretty good too. I was exaggerating a bit, but in terms of their average success rate, it is pretty terribad.

Im also tired of people who don't care about Sonic or not knowing the franchise saying, "He looks fine in the movie" or "He has to look like that"

Hell they did it ages ago with Rocky and Bullwinkle and yeah that movie did bad but they still looked how they should. Even Who Framed Roger Rabbit got it right and these movies were long before cgi. There really is no excuse

Ahh here's the one I've been waiting for

Dashell said:
Im also tired of people who don't care about Sonic or not knowing the franchise saying, "He looks fine in the movie"
Click to expand...
Which hominids are saying this pray tell?

also this is sad

Didn't the Japanese wing of Sega give up on making sonic games way back? I thought it was all handled by the US branch? 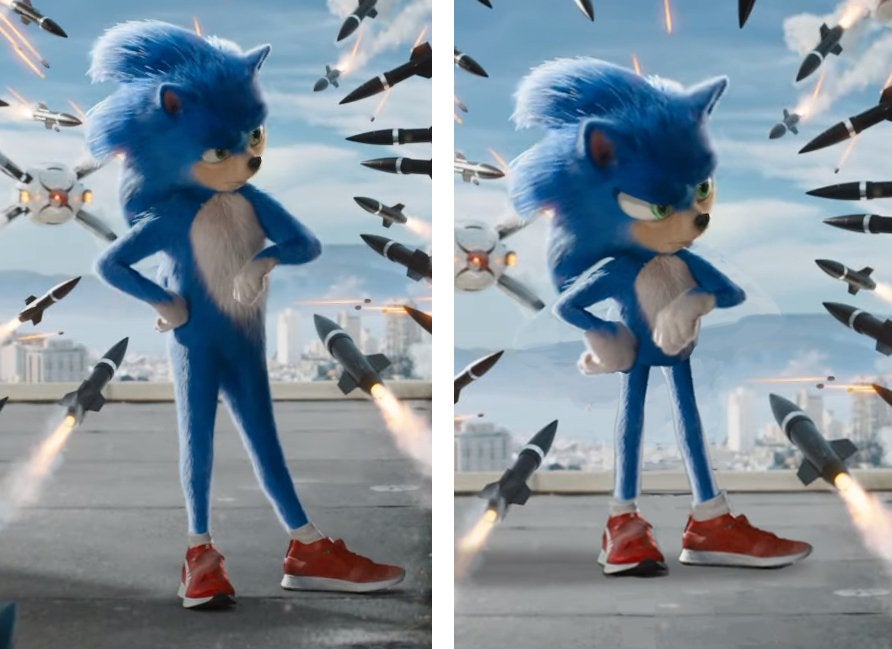 The legs are still too long, but it would definitely be much much better.

#1,342
I have never been a Sonic fan, and probably never will be. My ex used to be obsessed with it, so that makes me not like it even more. 😂 I did absolutely love Shadow the Hedgehog on GameCube, though. I’m probably the only person on earth that did. I thought it was fantastic. But I’m starting to see a trend, Sonic fans are actually a bit toxic.

So all that being said, I actually liked the trailer a lot. Again, might be the only one. I know it’s getting ripped to shreds but as someone who had absolutely zero interest in this and only watched the trailer to laugh at how horrible it was (since everyone made it out to be the worst thing ever), I’m actually interested in watching this now. Maybe it’s because I’m not a fan that I have interest in this movie, but it is what it is. I may even go catch it in theaters if I can find a willing participant. 😈

Gary Caelum said:
Didn't the Japanese wing of Sega give up on making sonic games way back? I thought it was all handled by the US branch?
Click to expand...
Not at all? There was a Sonic Team USA that became Sega Studios USA, and a few other studios that also worked on Sonic games. Yet all main entries (Excluding Mania) are still handled by the Japan-based Sonic Team. Though since Sonic is very western-focused, Sonic Team has a strong relationship with Sega of America.

Lol yeah I appear to be 100% wrong about that. Dunno why I thought that.
It may have been because I remember Sonic Adventure 2 was developed in the US, and that inspired the City Escape level, so I just assumed all the rest were too.

Yeah, that was the first game led by Sonic Team USA 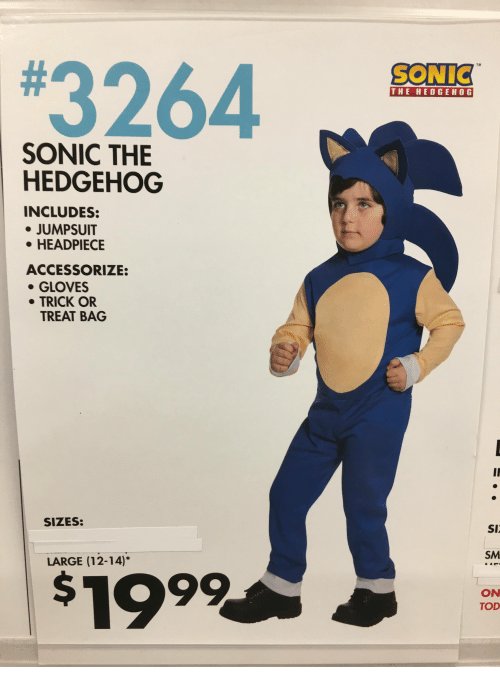 found this on Dunkey's reaction video lmfao
Last edited: May 2, 2019

This stuff scares me greatly.